Music Bank will be hosting their annual concert world tour in Dubai! The event will take place on March 21 at the Coca-Cola Arena in Dubai.

As one of the biggest K-Pop concerts in the world, Music Bank is gearing up for another year of a stellar star-studded lineup! They just announced their first lineup confirmations.

EXO‘s Baekhyun, TWICE, SEVENTEEN, Jus2, and MONSTA X are confirmed to perform for their fans in the grand festivities! 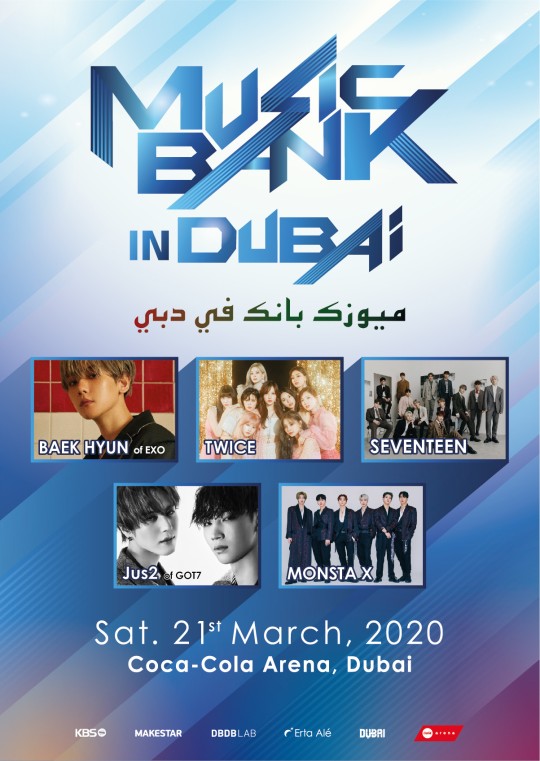 Pre-sale tickets will go on sale from February 18-19, and the official sales will begin on the 20th. The tickets will be available through a local ticket platform in Dubai.

Stay tuned as more updates on Music Bank in Dubai releases throughout the rest of the month!