On April 19, Gaon revealed chart results for the week from April 8 through April 14. 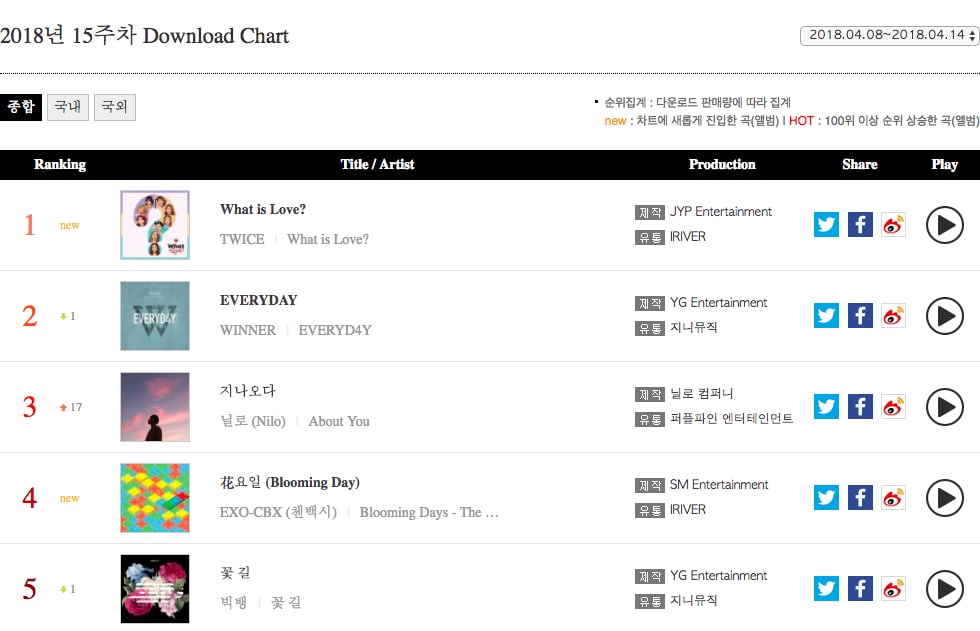 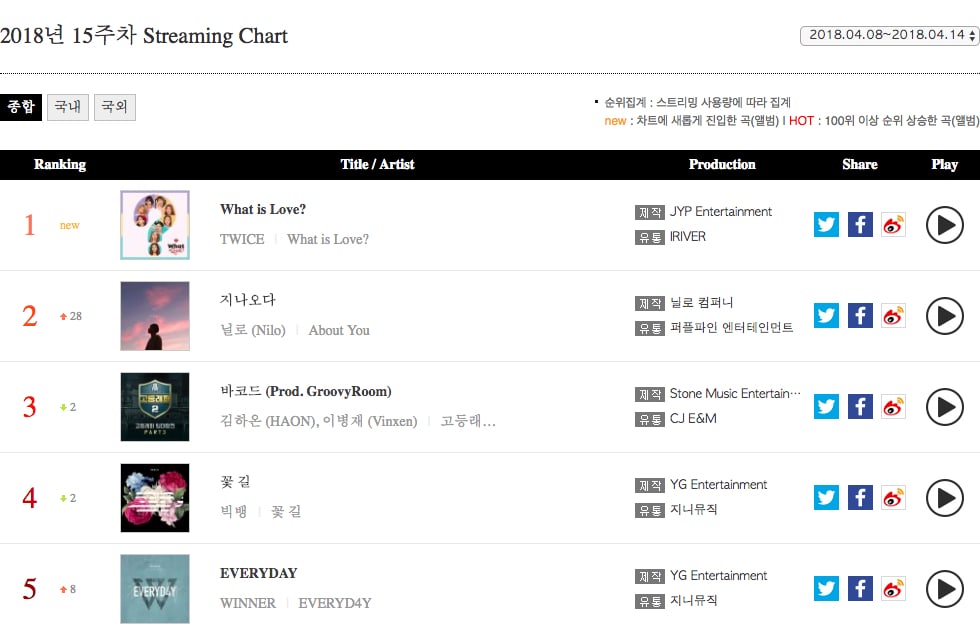 EXO-CBX’s new album “Blooming Days” topped the album chart recording physical album shipments, and TWICE’s new album “What is Love?” took second. SM Entertainment groups rounded up the top five, with Super Junior’s “Replay” at No. 3, NCT’s “NCT 2018 Empathy” at No. 4, and TVXQ’s “The Chance of Love” at No. 5. 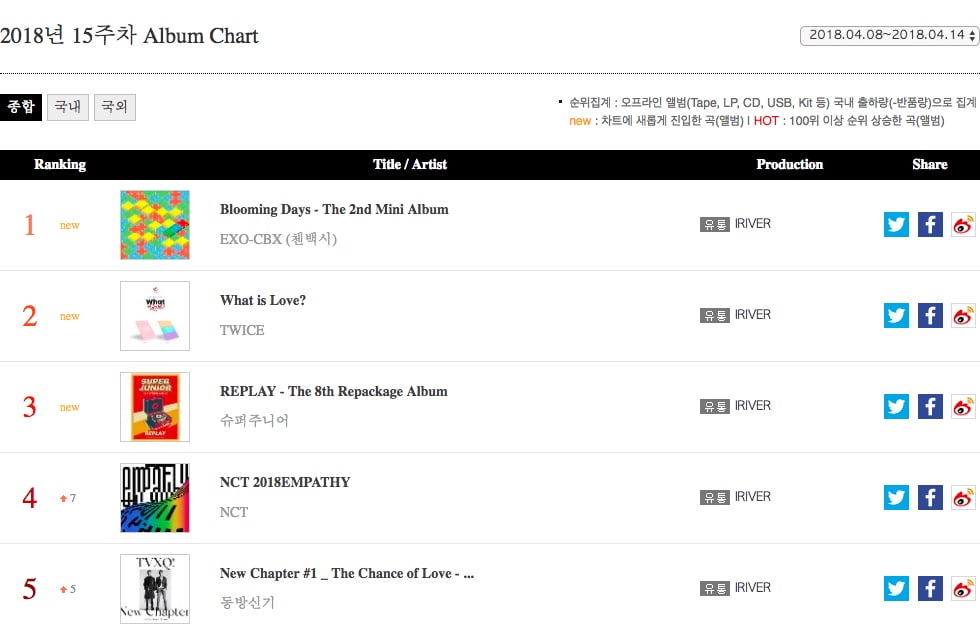 TWICE’s “What is Love?” also topped the social chart, which is a result of data from YouTube, Twitter, and YinYueTai. EXO-CBX’s “Blooming Day” and Super Junior’s “Lo Siento” followed in second and third, respectively. MOMOLAND’s “BBoom BBoom” and BTS’s “DNA” remain strong in the top five. 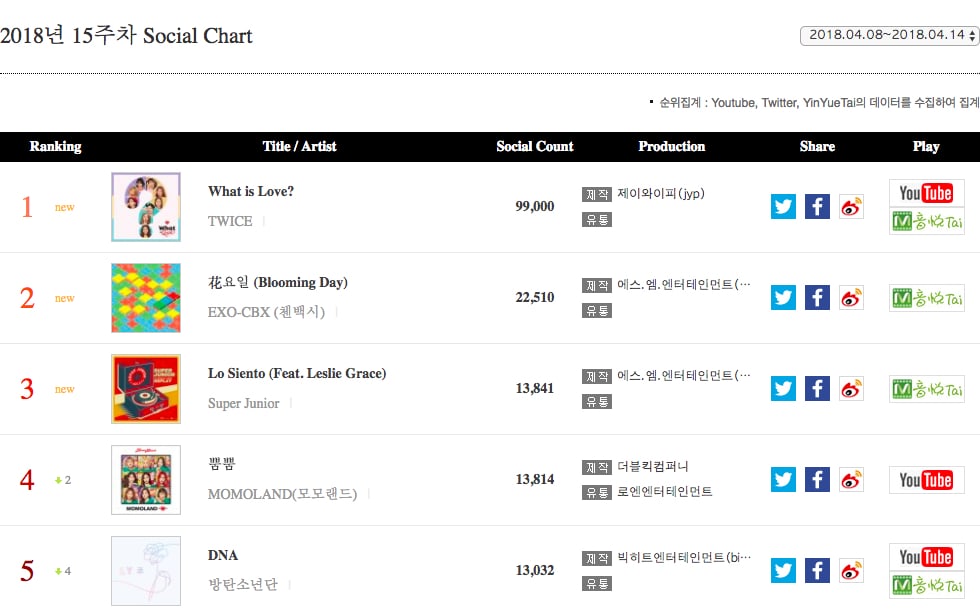