On the November 7 broadcast of SBS PowerFM’s “Choi Hwa Jung’s Power Time,” TWICE talked about their recent comeback with “Yes or Yes.”

During the show, DJ Choi Hwa Jung asked, “Did you think you’d do well this time as well?” Sana first replied, “We didn’t have much time to prepare, so we did worry.” However, Tzuyu was more confident as she replied, “I liked [the song] because it was exiting, but also because I could hear the members’ voices well and it included unexpected choreography.” Jeongyeon also added, “After blasting [the song] on my speakers, it felt exciting. That’s why I thought, ‘This is going to be big.’” 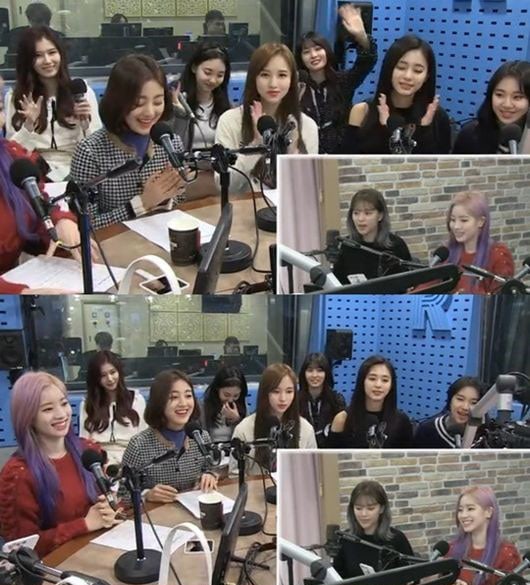 The TWICE members then talked about the point choreography in “Yes or Yes.” Momo commented, “I wondered if we could take in [the choreography]. I was also worried because we didn’t have much time to prepare. The song is cute and bright, but the choreography has sort of an opposite feeling, so I think it’s fun.”

The girl group then revealed what they would do if “Yes or Yes” became No. 1 on a music show. They revealed that they’d write “Yes” on their cheeks and perform while holding bungeo bbang (fish shaped pastry) or roasted sweet potatoes in their hands.