TWICE Tears Up at Fans’ Love and Support at Comeback Showcase

During TWICE’s “Cheer Up” showcase, which was aired live through Naver’s V App on April 25, the group took the time to show their gratitude towards their fans.

As the showcase reaches its end, the members looked as upset as their fans at the scene.

“It was fun, and we enjoyed the stage,” the members said to their fans as they showed their gratitude towards the time given to communicate with their fans.

“I hope we can perform this song on several different stages,” the group said, showing their determination for their new album.

As the end neared, TWICE brought up its fan club and said, “Time has flown by with you all, and it’s already time for the showcase to end.”

As each member was given the time to give closing remarks, Jungyeon said, “Thank you for granting us your time. I was so nervous that I got things wrong and made mistakes, but thank you for loving us regardless.” 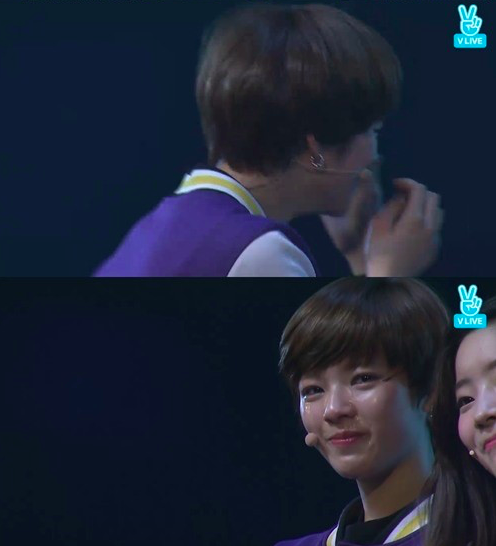 “I thank the fact that so many people came here today to cheer us on. Honestly I was so surprised. I was so excited that my face flushed,” Nayeon said.

However, as Nayeon gave her closing words, her eyes started tearing up, and the event hall soon echoed with fans chanting, “Don’t cry.”

“I’m not crying yet, “ Nayeon told her fans. “Though this is just the start, I thank ONCE for making the start so pleasant.”

“I’ve heard that we’ll have more time to meet our fans,” she added. “We will be meeting our fans through more diverse events, so I hope everyone is excited.”

Soon more than half the members started crying, saying, “This is so unbelievable. We’re so happy. We’ve been able to debut and meet all of you, receive all of your love and attention, and even win first place. Thank you so much.” 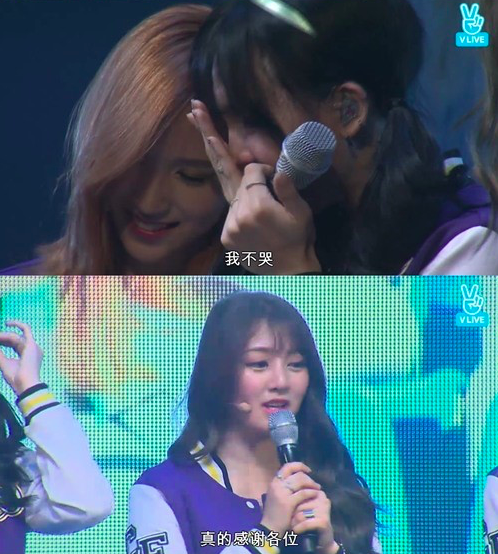