TWICE Tops All Major Realtime Charts With “What Is Love?”

On April 9 at 6 p.m. KST, the group released their newest mini album “What is Love?” along with the title track of the same name, which was written by Park Jin Young.

The song entered Melon’s chart in first place at 7 p.m. KST, making it the first girl group track to do so since the chart reform in February 2017.

By 8 p.m. KST, the song reached No. 1 on the realtime charts of the six major music sites Melon, Genie, Bugs, Mnet, Naver, and Soribada. 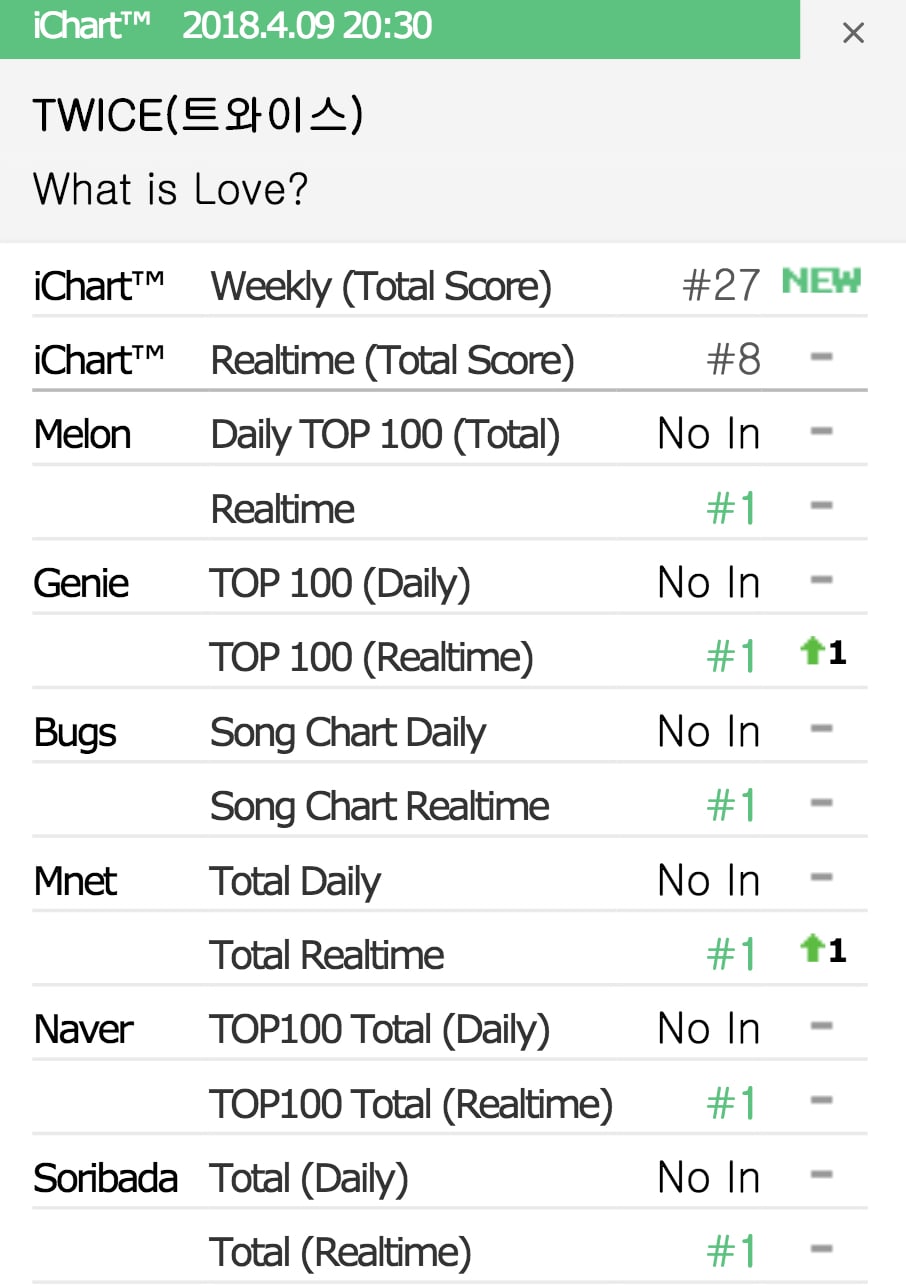 Congratulations to TWICE on another hit!