TWICE’s Jihyo and Mina appeared on the November 12 broadcast of KBS2’s “Hello Counselor,” a variety show in which civilian guests share their life concerns.

After introducing the concerns of a woman who said she is often mistaken for a man, the hosts asked the celebrity guests if they’ve ever run into misunderstandings due to their appearance.

TWICE’s Jihyo said, “Ever since I was young, because my eyes [are big] and I have a thick crease in my eyelids, so many people thought I was a foreigner, or mixed race.”

“Whenever my family and I went to Myeongdong, where there are a lot of foreign tourists,” she added, “people would approach me and speak to me in Chinese, Japanese, and English. It happened so often.” 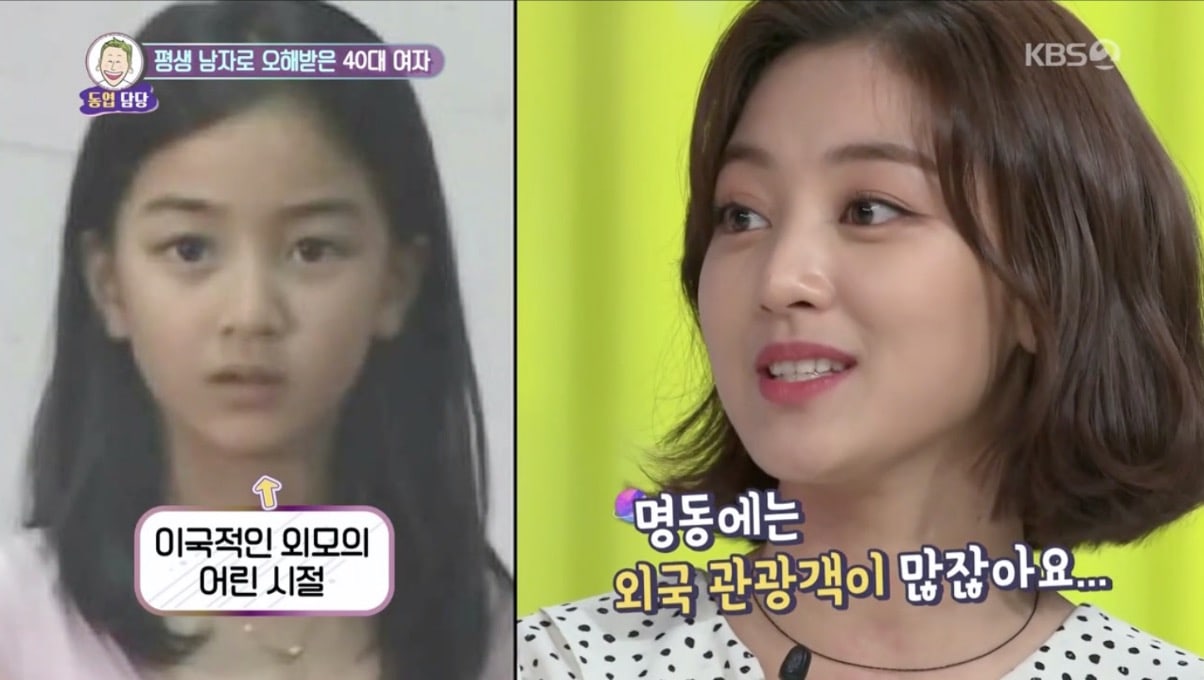