TWICE‘s Nayeon and Dahyun have the chummiest relationship with their boss!

On November 23, JTBC‘s Knowing Brothers released a preview of the upcoming episode featuring the TWICE members and Park Jin Young, as part of his promotions for his upcoming comeback with “Fever”. 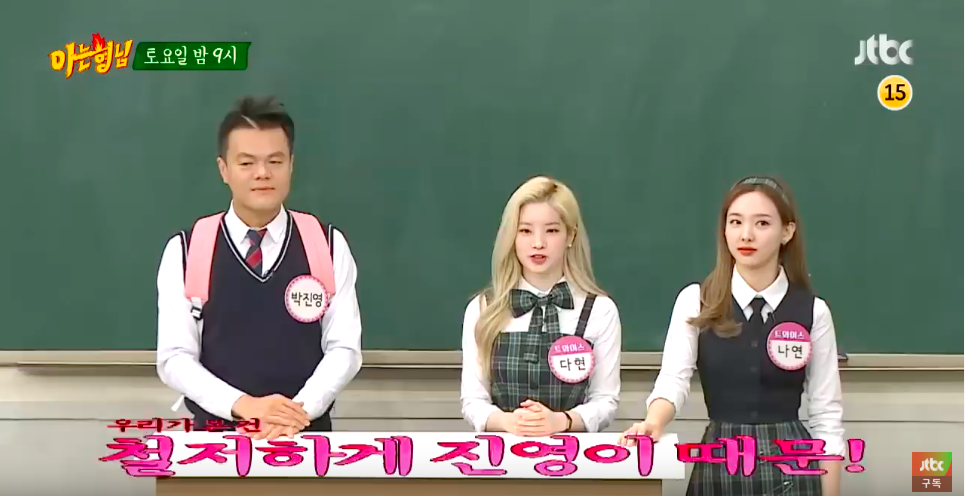 In the preview, the hosts asked why they were all appearing together. Park Jin Young introduced the three of them as “JYP’s variety representatives” and hilariously remarked,

If your kids do well, you get to benefit from that as well!

Heechul then asked Nayeon and Dahyun if they found it awkward to be on the show with their boss, because the show’s format requires informal speech from the participants at all times.

Do you feel like you might have a hard time talking to Park Jin Young informally because of the [format of the] show? 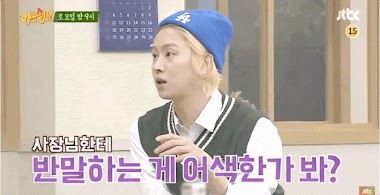 Dahyun then point-blank denied any kind of discomfort, while Nayeon uproariously pointed to Park Jin Young and said (informally), 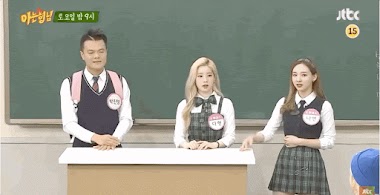 And they proved every bit of their fearlessness! During a short clip of them playing the headphones game, Dahyun continuously screeched,

Why are you so bad at this, Jinyoung-ah? 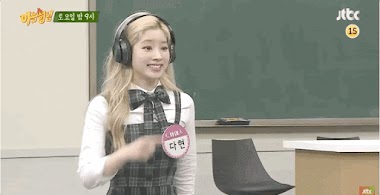 AleXa Announces Her Official Fandom Name—And It Is Perfection