TWICE’s Tzuyu Is Laid-Back and Sophisticated for GQ Korea

The media reports, “These pictures show the nine members in a new light that we have never properly seen before. Even the photos that didn’t make it onto the magazine are being released to the public completely.” 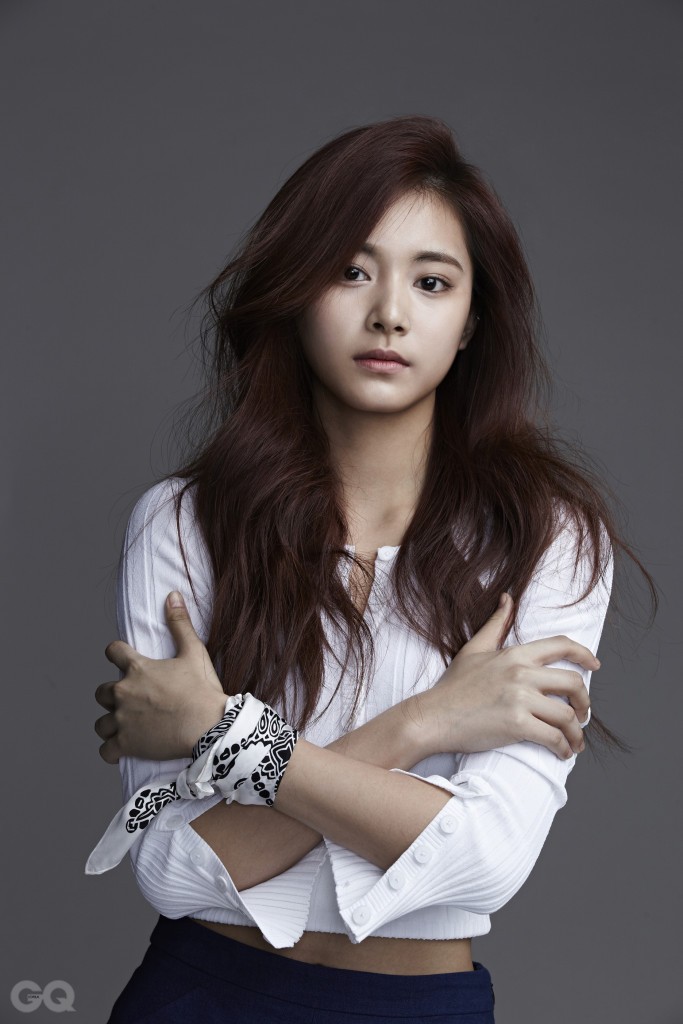 Out of all the members, Tzuyu especially turns heads for her pure and elegant charisma. Dressed in a white knit and denim jeans, she shows off a sophisticated and mature side.

Meanwhile, Tzuyu recently passed her junior high certification exam in Taiwan, allowing her to graduate from junior high, and will be attending high school in Korea next year.

TWICE will also be making a comeback in April, and are working hard with the producer duo Black Eyed Pilseung, who created their first hit, “Like OOH-AHH.”