GOT7’s fans received the Twitter Best Fandom award in the 13th Annual Soompi Awards, with the competition on Twitter featuring the most unique voters on Twitter!

The winners of the Soompi Awards were recently announced, and the award for Twitter Best Fandom went to iGOT7, who used the hashtag “#TeamGOT7.” The Soompi Awards were supported by Twitter this year for the award, and voting took place over two 24-hour periods. In that time, fans generated almost 42 million tweets to vote for their fandoms, with an increase in unique voters of over 17 percent compared to 2017. The map below shows how the voting lit up Twitter around the world.

GOT7 fans won with close to 40 percent of the total number of voting tweets, taking the crown of Best Fandom in the Soompi Awards for the third year in a row!

Check out the images below to find out the top 10 fandoms according to fan votes, and also which countries ranked the highest for the number of unique voters! 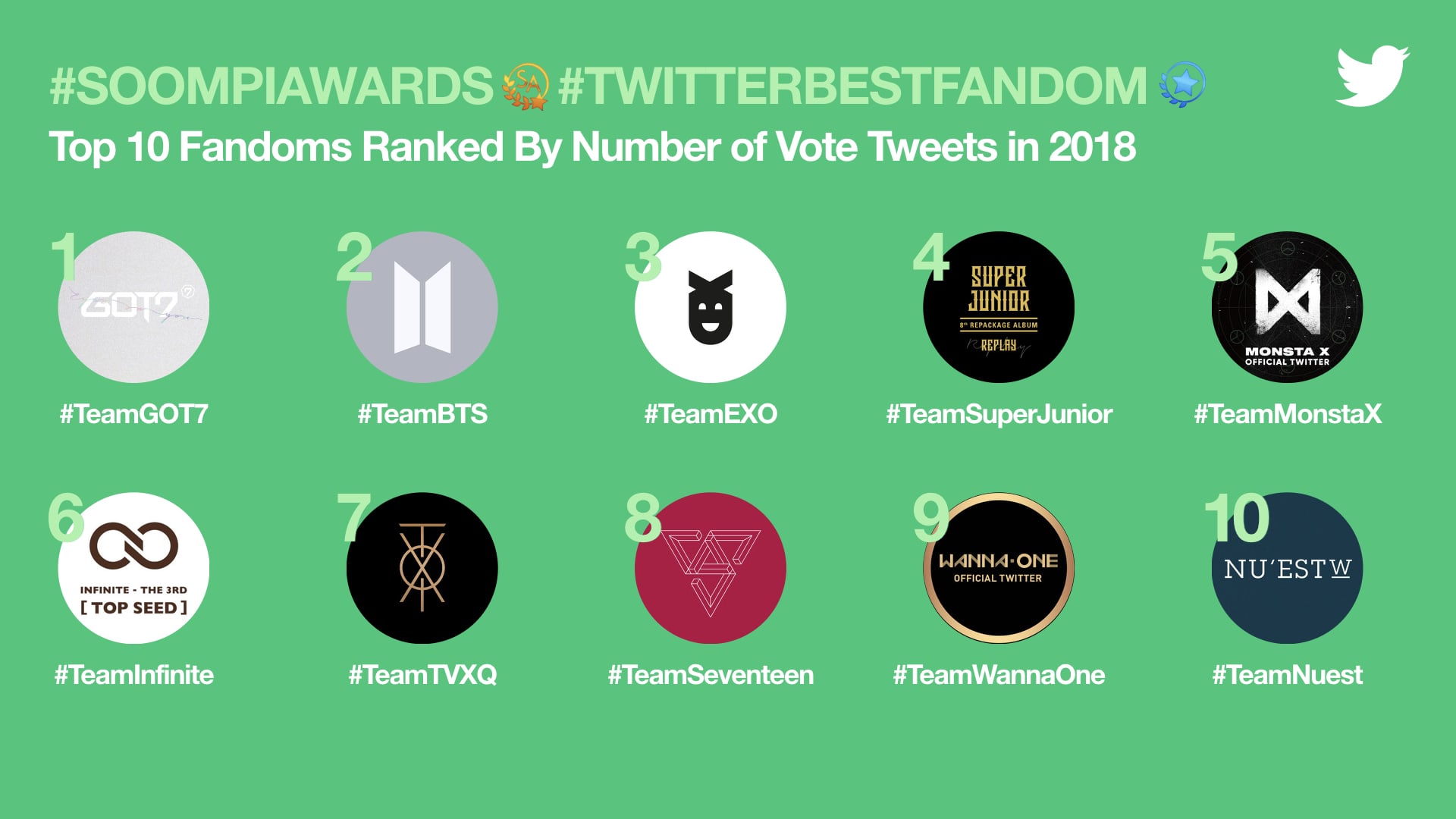 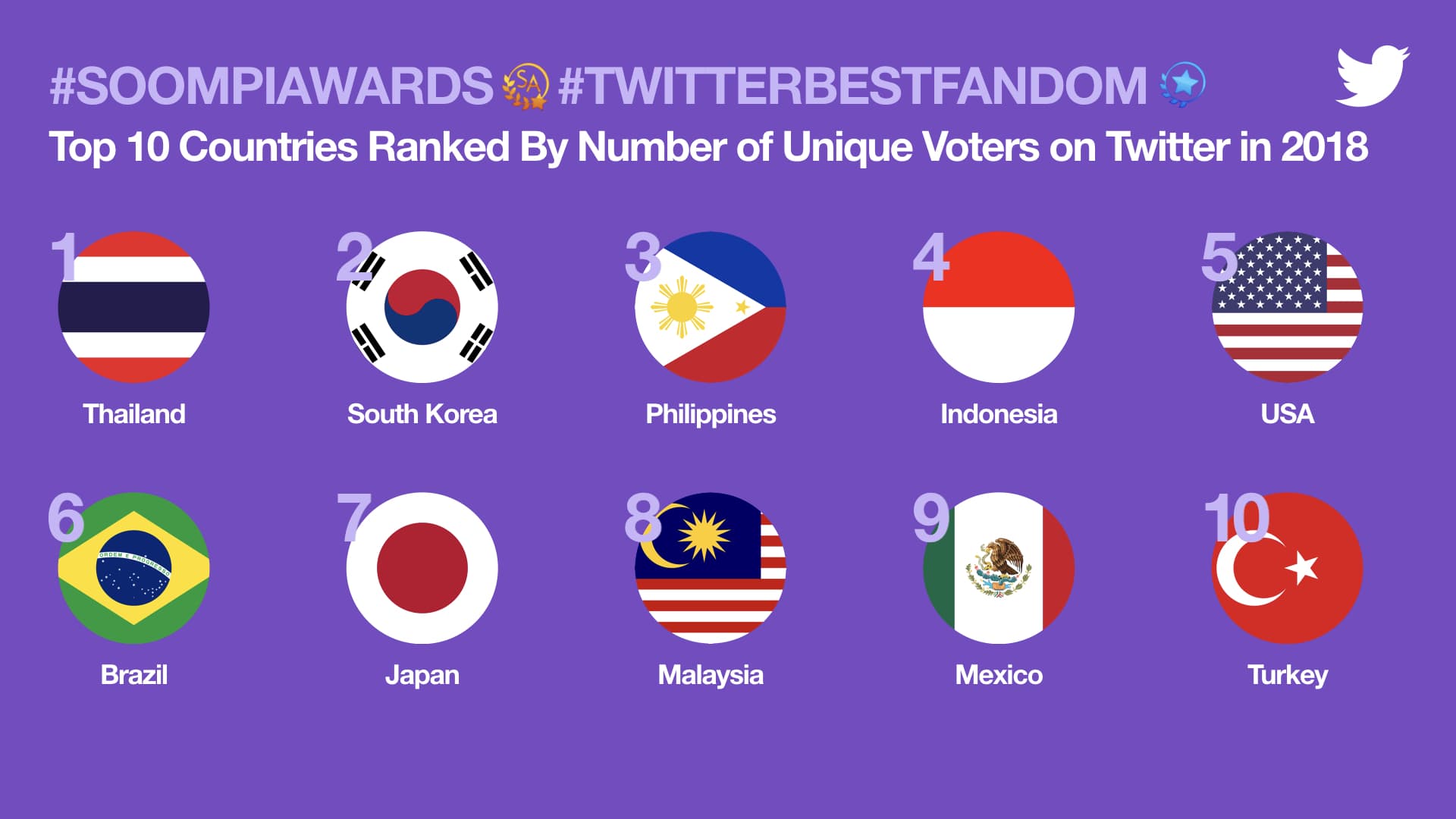 In addition to this win by GOT7’s fandom, GOT7 earned the Best Male Group title and won the Latin America Popularity Award in this year’s Soompi Awards.

Congratulations to GOT7 and iGOT7!