Amidst the praise and congratulatory messages towards BTS’s accomplishments at this year’s Melon Music Awards, another Twitter user has started a hashtag mocking BTS Jimin’s appearance once again. Fans are furious that they have started this at a time when BTS should be celebrating and proud of their accomplishments for the year.

Around the same time the hashtag for Jimin’s stellar performance at the MMA’s started, another hashtag titled #릴라릴라 (RillaRilla) began trending in Korea. 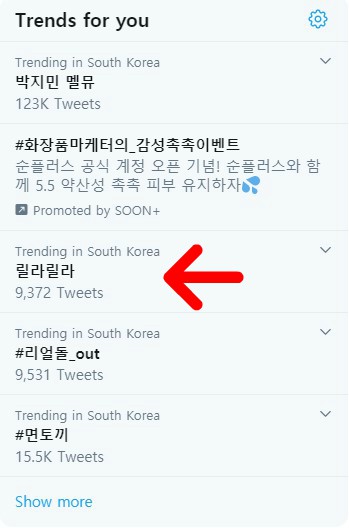 They posted a Tweet online stating that Jimin looked like a gorilla and that they shouldn’t be bashed for speaking the truth.

Goodness! Why are you all bashing me for speaking the truth? I’m just saying he looks like a gorilla because he does! I didn’t curse or say anything bad about him. Are you going to sue me for this? Rilla Rilla Jimin.

They showed how proud they were to have ‘gorilla’ trending because of Jimin.

“Rilla Rilla Jimin. You are so popular seeing that you’re look alike gorilla is trending on Twitter.” 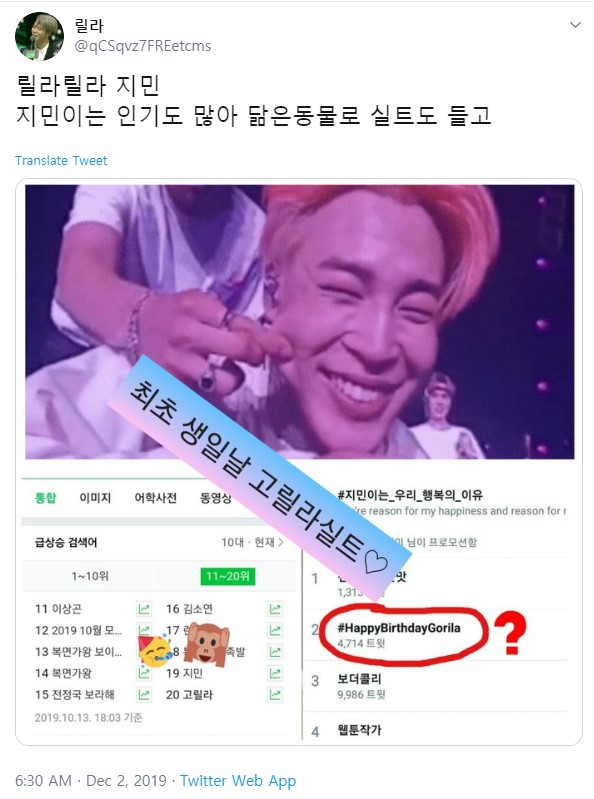 Fans began worrying about these posts, especially because hateful comments have become a serious issue in Korea. ARMYs were worried that Jimin would see the messages and be hurt by it. Fans left comments to the user to stop posting hate comments regarding Jimin. 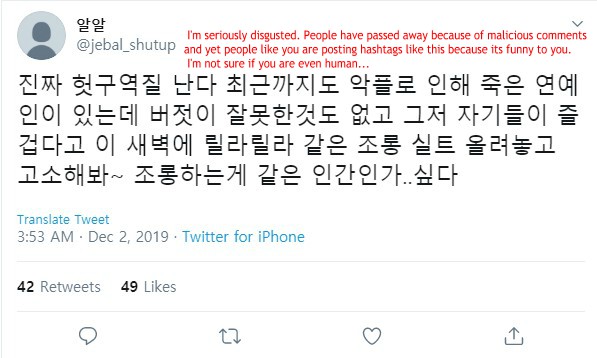 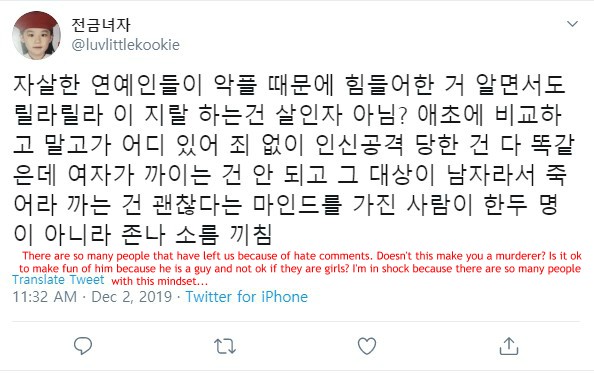 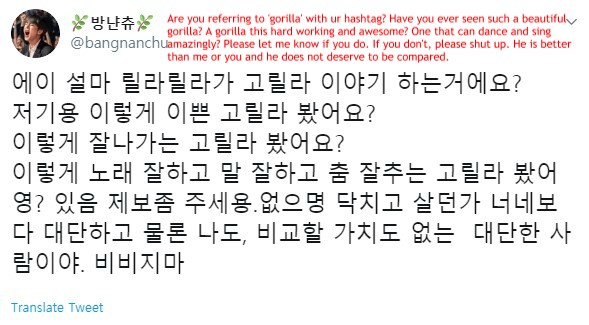 Back in October, a different Twitter user posted a similar hashtag about Jimin on his birthday and later apologized for their actions.

Fans hope that users like this will stop posting mocking hashtags regarding artists for the sake of their mental health. Many events have taken place in regards to malicious comments and people hope that stronger rules will be enforced for situations such as this.