It was another exciting night on MBC’s singing variety program “King of Mask Singer” on April 24.

In the second round, “Roller Coaster” faced off against “Half-Moon.” Half-Moon sang Park Jin Young’s 2015 hit “Who’s Your Mama,” while Roller Coaster sang Rain’s “How to Avoid the Sun.” Roller Coaster advanced to the next round and Half-Moon was revealed to be MAMAMOO’s Wheein. 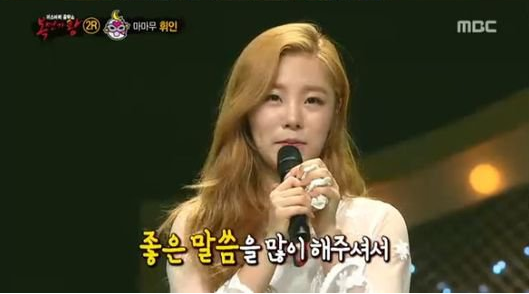 The girl group member thanked the panel of judges for their praise, after many of them compared her to some veteran soul singers before she took off her mask.

The second face-off in Round 2 was between “4D Andromeda” and “Magic Castle,” who sang Flower’s “Endless” and The One’s “I Do” respectively. Magic Castle was selected to move to the next round and Andromeda turned out to be the singer Mose.

In the third round, Roller Coaster and Magic Castle battled it out, singing Jo Sung Mo’s “Sad Wedding” and Ahn Ji Hwan’s “People Are Prettier Than Flowers” respectively. Roller Coaster won the opportunity to face off against the reigning champion, while Magic Castle was revealed to be Super Junior’s Yesung. 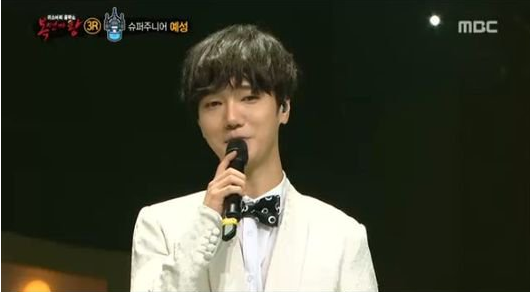 “It’s my first time standing alone on stage,” he said. “And since it’s been a while since I performed, I’d lost confidence in myself.”

Although Roller Coaster did his best in the final round with Shin Hae Chul’s classic “Ordinary Invitation,” he lost and was revealed to be Ulala Session’s Kim Myung Hoon.