TXT recently made their highly anticipated comeback, which excited all of their fans worldwide. Their comeback track titled, “0X1 LOVESONG (I Know I Love You)” has been seeing incredible success, as they already snagged a first place trophy on the most recent episode of THE SHOW, beating MONSTA X and EVERGLOW.

Following their first place win, the boys of TXT delivered an encore stage as a thank you to all of their fans who voted for them, showing off their chaotic, but adorable energy. Surprisingly enough, however, their stage has been met with an unexpected divide of responses from their fans. 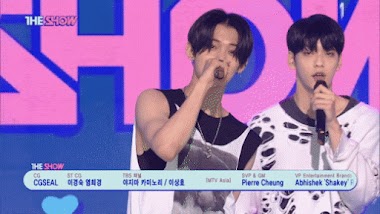 Following their encore stage, Korean fans were quick to flock to online communities to leave harsh comments that berated the boys’ singing abilities and their performance.

According to fans, it seems that the members of TXT did not have their earpieces, also frequently known as an “in-ears” for their live encore stage. These earpieces are crucial for singers who perform on live stages as they provide the artists with the ability to monitor themselves when they sing. Without these in-ear monitors, it makes it almost impossible for the singers to hear themselves, which can result in shouting, off-key, and offbeat singing.

Regardless of the situation, it’s hard to ignore the incredible talent of the TXT members. Congratulations to TXT and their well-deserved first win for “0X1 LOVESONG (I Know I Love You)!”

Be sure to watch their comeback stage on THE SHOW down below.