As an MC for KBS‘s Music Bank, TXT‘s Soobin never fails to deliver entertaining moments for viewers. In the show’s latest airing, his interview with ATEEZ had fans laughing it up from him changing the script just to flirt with his friend Yeosang.

When Soobin directed his attention to Yeosang, he followed the script perfectly as he prepared to ask about his favorite sweets. Soobin began by saying, “First, Yeosang, who loves desserts,” but soon took a hilarious turn. 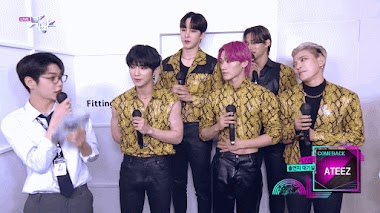 Causing the cameraman to zoom in on Yeosang, Soobin turned on the flirting. He said, “Your outfit is hot today, and your muscles are no joke. Is there an exercise you recommend for us?” 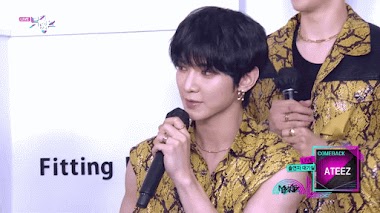 The compliment and question were so unexpected that Yeosang burst into laughter from being taken aback. San even exposed Soobin’s script change by hilariously shouting, “He changed it!” 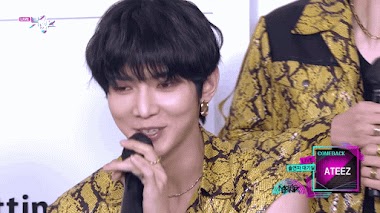 In the end, Yeosang still didn’t know how to respond and decided to get back on script. He asked, “Is there a snack that you like, Soobin?” Even when Soobin denied having a favorite, Yeosang kept his cool and said, “Then I’ll go with that.”

As Soobin said, “Okay, thank you,” with the funniest expression, he had member Yunho cracking a smile from the two’s shenanigans. 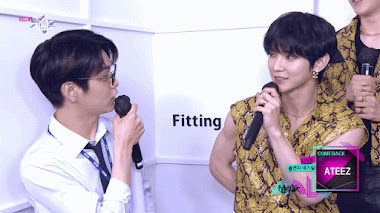 Since Yeosang used to be a Big Hit Entertainment trainee, along with Wooyoung, the interaction between friends had ATINYs and MOAs loving their friendship.

Seeing the two play around with each other was heartwarming to see, especially when Yeosang playfully passed Soobin the microphone to sing along with them. 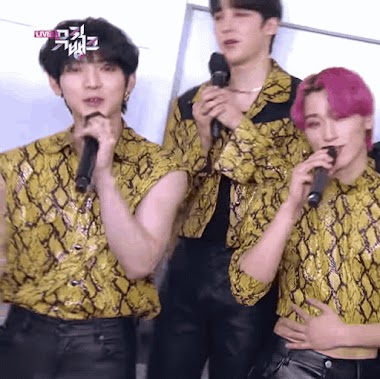 From the warm look on the members’ faces, ATEEZ enjoyed the interactions as much as fans did. Check out Soobin and Yeosang being the cute besties they are.