Today, hosts for KBS‘s Music Bank, Oh My Girl‘s Arin and TXT‘s Soobin interviewed rapper and singer Jessi as she promoted her new single, “What Type Of X.” 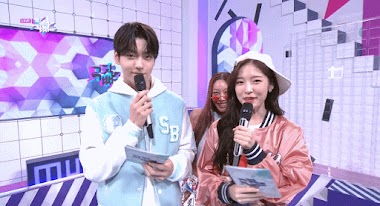 Fans were eagerly anticipating this interview! Ever since their first interaction, Jessi and Soobin have become a favorite duo! Last year, she taught him and Arin her “NUNA NANA” dance. 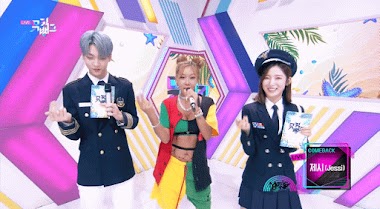 In today’s interview, Jessi remembered meeting them last year. Since she taught them one of her dances last time, she showed them her new dance for “What Type Of X.” Jessi told Soobin, “I watched the behind-the-scenes of your interview and you said that you gained confidence thanks to me when we did an interview together.” 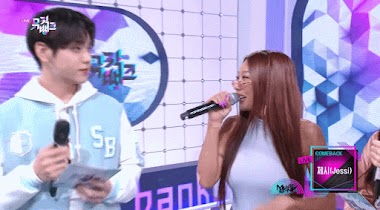 Soobin, ever so polite, replied, “Of course!” She was excited to see his progress, especially since last time he was so shy! She told him, “Let’s see some of that confidence then!” 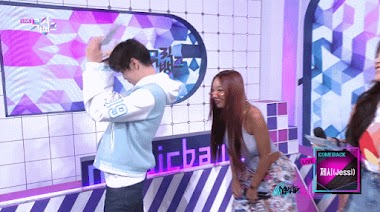 Soobin totally nailed the dance! It’s obvious her advice really did help him. Jessi looked so proud too!

While there have only been a couple of interactions between Jessi and Soobin so far, fans can’t get enough of this unexpected friendship. Jessi is always hyping up Soobin and we’re living for it!

pls soobin jessi duo is so chaotic and iconic ???????? pic.twitter.com/Z0TKefPmHE

MC SOOBIN AND JESSI'S INTERACTION WILL ALWAYS BE MY FAVORITE INTERACTION IN MUSIC BANK pic.twitter.com/Jtlsgq7vKG

Now that Soobin has interviewed Jessi, Jessi needs to get him on as a guest on Showterview!

You can watch Jessi’s full interview on Music Bank below.