On a recent live broadcast, TXT‘s Taehyun and Beomgyu shared their habits with fans. After Beomgyu named his, Taehyun followed.

He said it’s something that everyone, including MOAs, have noticed: “scratching the neck when sweating.” Beomgyu instantly remembered and revealed how he handles it. 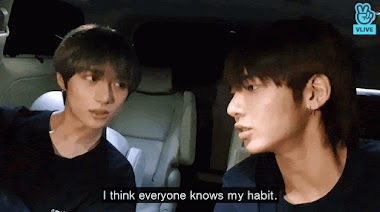 He said that’s when he hits Taehyun’s hand to get him to stop scratching. Taehyun laughed as he agreed. It’s because Beomgyu sees Taehyun’s skin become red and irritated. 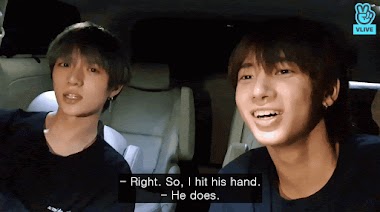 It’s the quickest way to remind Taehyun of what he’s doing. That’s when Taehyun revealed he doesn’t do it because of an itchy neck. It’s instead a bad habit of his that serves no other purpose other than to irritate his skin.

It’s not even itchy. 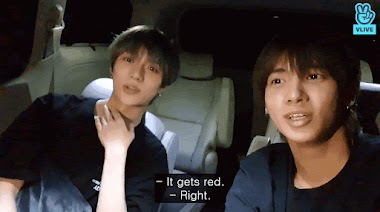 Taehyun realized that and doesn’t get angry at Beomgyu for knocking away his hand. He thanks him for reminding him not to do it.

Whenever I notice it, I hit his hand. He goes, ‘Thank you.’ 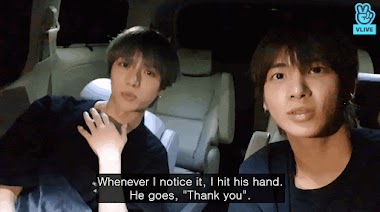 Everyone has a bad habit they can’t seem to shake. It’s always beneficial to have someone to remind you not to do it. Watch Beomgyu explain how he helps Taehyun with his starting at 19:51.