On the latest episode of TMI News, TXT‘s Taehyun and Hueningkai as well as ENHYPEN‘s Jay and Heeseung appeared as the show’s guest stars!

Of course with such charming guests, the show’s MC Jun Hyun Moo couldn’t let the opportunity of doing an agyeo time segment pass by. 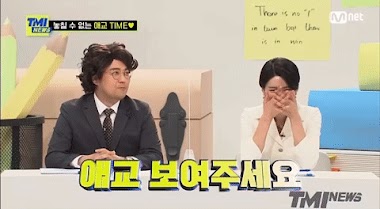 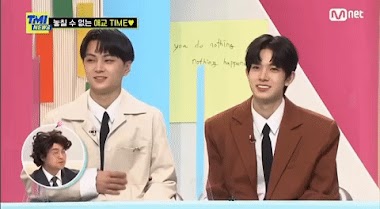 Despite his nerves, Heeseung was completely adorable! The show’s other MC Jang Do Yeon praised Heeseung doing some aegyo even though he was embarrassed. Jang Do Yeon shared, “Even though you were shy, thank you for overcoming all of it till the end.” 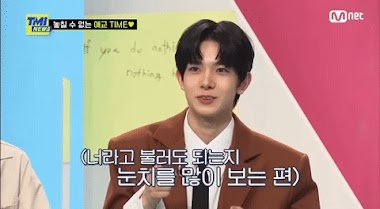 Jun Hyun Moo couldn’t help but notice Taehyun and claimed, “Oh, Taehyun is on fire right now. His eyes are saying, ‘Is that aegyo?’” and offered Taehyun a turn to show off his charm. 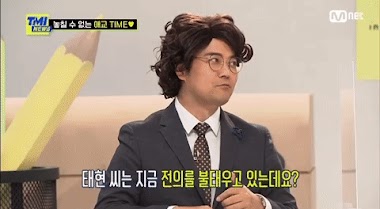 Before he started, Taehyun shared a tip to perfectly executing aegyo and it had everyone shocked!

You just have to think of your members in front of you and do aegyo with the thought of trying to annoy them. 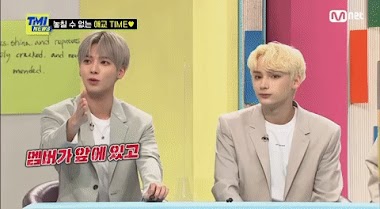 Taehyun then shared he would do his aegyo while thinking about the older members of the group. With that said, Taehyun sang “Be Mine” and named his hyungs Yeonjun and Soobin. 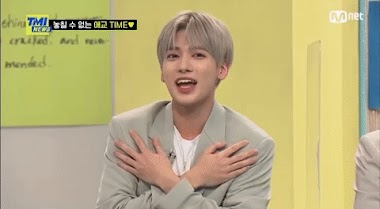 Although we weren’t able to see Yeonjun and Soobin reactions, Hueningkai’s response gave us some insight into what theirs might look like. 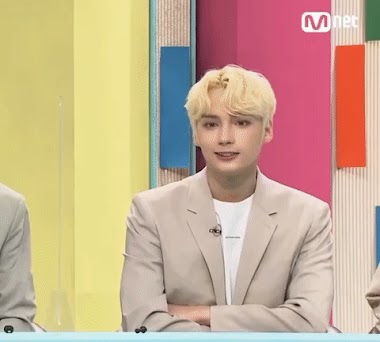 Everyone applauded Taehyun’s aegyo and the MCs stated, “It’s so good.” Perhaps the next time Heeseung is feeling shy about aegyo, he can definitely try out Taehyun’s golden tip!

Check out Heeseung and Taehyun’s aegyo below: