U-KISS’s Jun revealed why he cried in the middle of his performance, which will air in the December 23 episode of “The Unit.”

In the preview for the second half of the self-producing mission, Jun and his team could be seen performing BTS’s “Butterfly.” However, many were curious about why he was in tears.

Jun explained in a recent interview, “I was really determined not to cry. When I was focused while practicing, I would become sad and cry. I wrote the rap lyrics myself, and I wrote them while thinking of my trainee days. I was thankful and overwhelmed about the fact that I was there and could perform.” 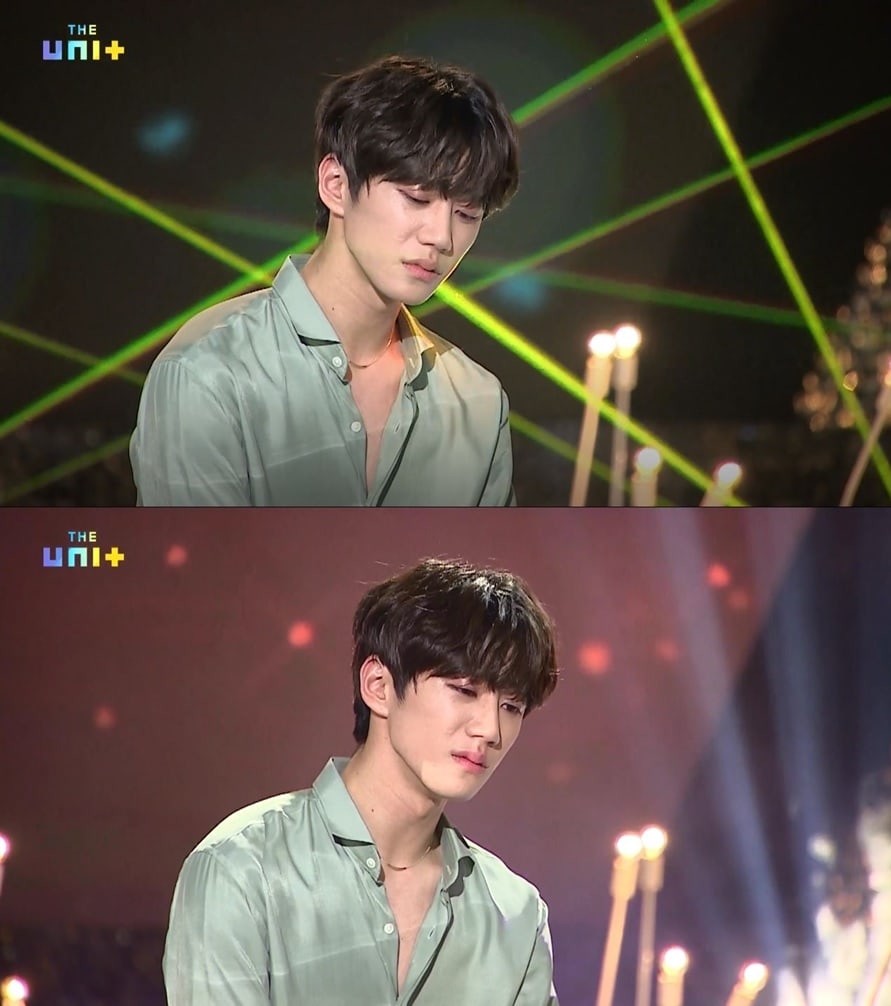 He continued, “The reason I cried was that the eliminated male contestants came to the competition venue that day. The white light was on me, and I saw them in front [of me]. They were cheering for me while holding up my name banner. I think that’s when I burst [into tears]. I still feel like tearing up now.”

Also, some people commented that Jun could try out for a different part despite being a rapper, because he is also skilled in singing and performing. Jun responded to that, “The purpose of this [performance] was to convey our sincerity. Our goal was to properly tell our stories. I lack in singing, so the way to confidently deliver [myself] was through rapping. I really told my story, and I don’t know if I told it well, but that’s why I [chose to] rap.”

Jun most recently came in No. 1 on “The Unit” in last week’s rankings. His team’s full “Butterfly” performance will be revealed in the upcoming episode, which will air on December 23 at 10:45 p.m. KST.

Watch the latest episode of “The Unit” below: