On the April 24 episode of MBC’s “Section TV,” Uee gave an interview as one of the stars of the MBC weekend drama “Marriage Contract.”

In the drama, Uee’s character cuts off her own hair. Rather than use any editing techniques, Uee revealed that she actually cut off her own hair herself during the scene. 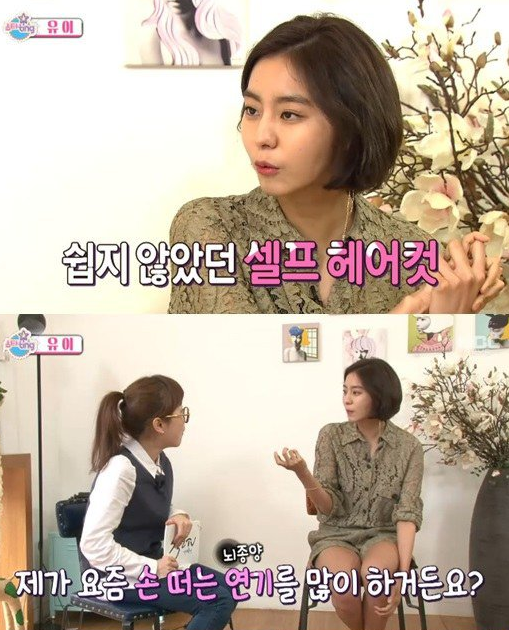 “It’s my first time with short hair since my debut eight years ago,” she said. “Involuntarily my hand started shaking during the scene.”

“I felt relieved afterwards,” she said. “But right after the scene was over, I cried a lot. The director asked everyone to clap for me.” 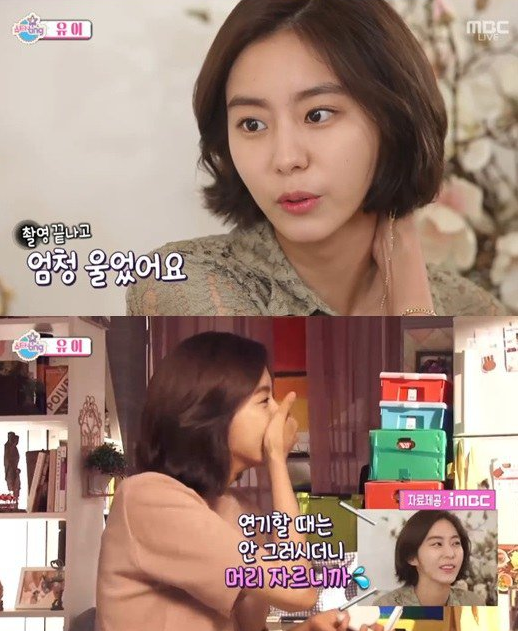 What do you think of her new look? Catch Uee and Lee Seo Jin in the latest episode of “Marriage Contract” below!