According to Nielsen Korea, the April 8 episode of SBS’s “My Ugly Duckling” achieved a nationwide average of 20.4 percent viewership ratings, a metropolitan average of 22.3 percent, and a peak viewership rating of 24.8 percent. With these ratings, it achieved first place in its time slot, among all variety programs airing on Sunday, and among all variety shows aired in the week.

The highest viewed minute at 24.8 percent was when Kim Jong Min created a mess at Kim Jong Kook’s apartment trying to cook squid.

During the episode, Kim Jong Min, who lives in the same apartment complex as Kim Jong Kook, came over. Arguing that he wanted to cook for him, he told Kim Jong Kook that he would cook healthy black bean noodles from a recipe he had learned from a friend. Kim Jong Kook tried to stop him, but Kim Jong Min refused to be held back and even brought a container full of squid. 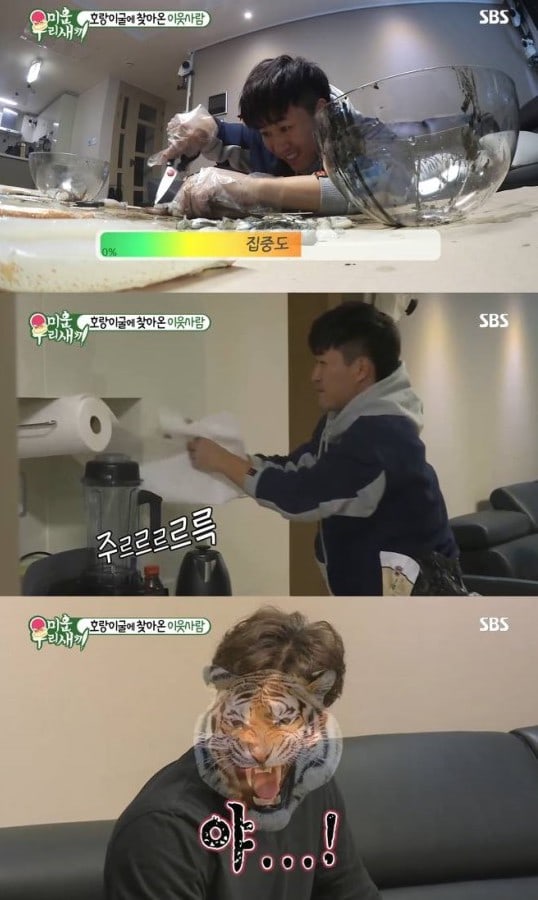 Kim Jong Min confidently said, “Just trust me,” so Kim Jong Kook carefully watched Kim Jong Min’s clumsy cooking with a sharp gaze. However, it soon turned to chaos as he had a hard time dealing with the raw squid and earned himself a loud scolding from Kim Jong Kook as he grabbed handfuls of paper towels.