Actress Uhm Hyun Kyung recently expressed her gratitude to the nation’s MC, Yoo Jae Suk, and told a story that proves once again that he’s one of the most considerate people in the industry.

Uhm Hyun Kyung mentioned during an interview on March 28 that she had appeared several times as a guest on the popular SBS variety show “X-Man,” which Yoo Jae Suk hosted, before the pair became co-hosts on “Happy Together.” On the show, she was often jokingly teased by the other guests and hosts for always appearing nervous.

The actress said in the interview, “Before I went on ‘Happy Together,’ I saw Yoo Jae Suk at a salon. I went to say hello to him, and he asked me, ‘Are you still nervous? You’re not doing variety?’”. 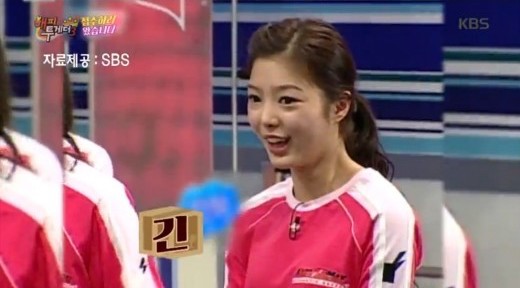 “That gave me goose bumps,” said Uhm Hyun Kyung. “I thought to myself that he is a really great person. I was astonished that he could remember me from ten years ago, and I was really touched by it. It’s amazing that I’m now working together with such a person after all this time.”

Uhm Hyun Kyung added, “He remembers all of his juniors, he’s always upstanding, and he’s a great person.” She also mentioned that their fellow “Happy Together” co-hosts Park Myung Soo, Jun Hyun Moo, and Jo Se Ho also take good care of her, and expressed her thanks to them.