Last year on October 13, 2020, the Seoul Yangcheon Police Office arrested adoptive parents Jang and Ahn for causing the death of their daughter, Jung In. After brushing off three separate attempts to report suspicions of child abuse, the police finally came around — only after Jung In had lost her life at the hospital.

Earlier in the investigation, both Jang and Ahn denied the allegations and insisted they “have nothing to do with the death of Jung In“. The police, however, announced that Jang had filmed over 800 videos of herself physically and mentally abusing Jung In. They also shared Jung In’s cause of death to be “damages to the abdomen by an external force” as the autopsy revealed.

When the investigation confirmed that the mother Jang had brutally abused the 16-month-old Jung In, Koreans became furious at the news — especially because this family had once even appeared on a TV show together, pretending to be a wholesome, loving one.

I wanted to show the world that not only celebrities, but also people like us can choose to adopt. Adoption is not something to be ashamed of, but rather something to be celebrated.

As investigations continued, Koreans petitioned for Jang and Ahn to be tried for attempted murder vs. child abuse. Some side-by-side comparisons of Jung In’s pre-adoption and post-adoption pictures circulated online, capturing Jung In’s condition in her final few moments and shattering the hearts of many.

Eventually, each of the petitions garnered over 200K signatures, showing how shocked and terrified the nation felt about the case.

Then, on January 2, 2021, an episode of Unanswered Questions revealed the most gruesome truth behind the level of actual abuse Jung In must have endured in her ten months of life after the adoption.

First, the episode claimed that the above-mentioned “damages to the abdomen by an external force” is specifically a ruptured pancreas. A medical professional featured in the episode explained, “A ruptured pancreas is, without a question, a three on the AIS“, or the Abbreviated Injury Scale that ranks injury severity.

The episode continued, “There needs to be a force of 3,800 – 4,200N for a three-year-old child to receive a severity three level of damage to the abdomen”.

Then, to figure out exactly how much abusive behavior reaches 3,800 – 4,200N in force, the episode carried out a series of experiments with a baby mannequin and a female staff who is similar in height and weight as the adoptive mother Jang.

Initially, the female tried dropping the mannequin from her height — as Jang had described to the police when questioned about Jung In’s bruises and fractures. This inflicted a force of 720-1,433N which is far below the estimated range.

The experiment continued with the help of some professional athletes. By kicking the mannequin in the abdomen, a taekwondo player was able to reach 2,713N in force. A boxer then reached 4,387N by throwing a full-forced, heavy blow to the mannequin propped against a wall. An engineering professor supervising the experiment added, “The numbers are visibly higher when the mannequin is up against a wall and is absorbing 100% of the external force” — hinting how Jung In might have been positioned.

Based on those findings, the female staff tried a number of other possible abusive actions. By stepping on the mannequin laid on the floor, she reached 1,778N. By standing on it, she reached 1,927N.

Only when she leaped off the couch and pounced the mannequin, did she reach 3,869N. 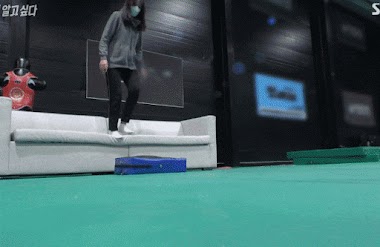 Unanswered Questions clarified that it is unknown whether Jang actually pounced Jung In in the same way the female staff attempted.

The episode concluded, however, that Jang’s original statement about “dropping Jung In” is obviously unlikely to be true — and that a significant amount of physical abuse (like landing an adult’s leap on the abdomen) must have taken place in order for Jung In’s pancreas to rupture.

After the episode aired, Koreans have quoted it to be “the most traumatizing” one. Following, more petitions have been created to incessantly push the Korean government and legal system for heightened sentences against crimes involving children.

So far, the Yangcheon police officers who failed to look deeper into Jung In’s case are said to have faced consequences.

Rest in peace, Jung In.