Episode after episode, “Campus Heroes” continues to prove that predictable characters and manufactured plot-lines are not the only ways to tell a great story. The currently-airing Taiwanese drama has received a lot of attention from viewers, who are loving the unique male lead, the genuine humor, and the overall atypical tone of the drama. Keep reading to find out why “Campus Heroes” is an absolute must-watch!

While there’s something endearing about some of our tried-and-true favorite character tropes, it’s super refreshing to watch a male lead defy all preconceived notions – and that’s exactly the case with the flawed but charming oddball that is Lu Da Xiang (Wes Lo). 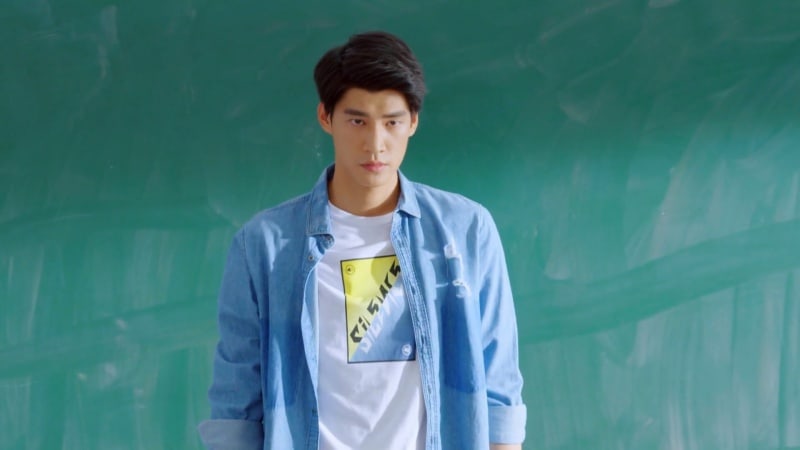 First of all, he’s absolutely hilarious in a dry, underhanded way. Wes Lo’s comedic timing is perfect as he portrays the ex-baseball player whose violent temper got him fired from pro ball. His next move? Teaching high school kids life lessons through some pretty unconventional methods – including running around the baseball field to warm up their minds, or throwing the baseball to each other as they shout any English vocabulary word they know.

Secondly, despite being an adorable quirk, Da Xiang can go from zero to a hundred real quick…and it’s crazy cute and romantic. His eyes for English teacher and school counselor Tang Ke Xin (Juno Liu) would make anyone swoon. The two work alongside each other and although they butt heads a bit at first, they quickly form a mutual respect and friendship, which takes a romantic turn – but more on that later! 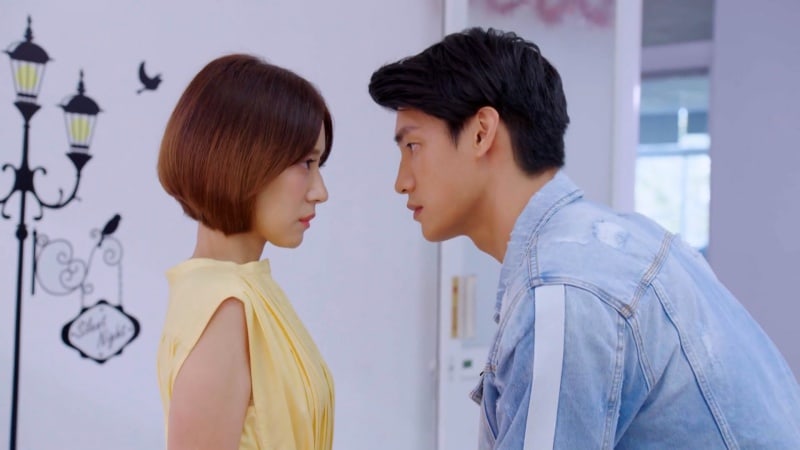 Thirdly, he’s sassy and savage as all get-out, and we are loving the attitude. He doesn’t hesitate to tell others what he thinks, something that especially aggravates fellow teacher Li Kang Bao (Jack Li), who doesn’t like the fact that he’s teaching at their school. 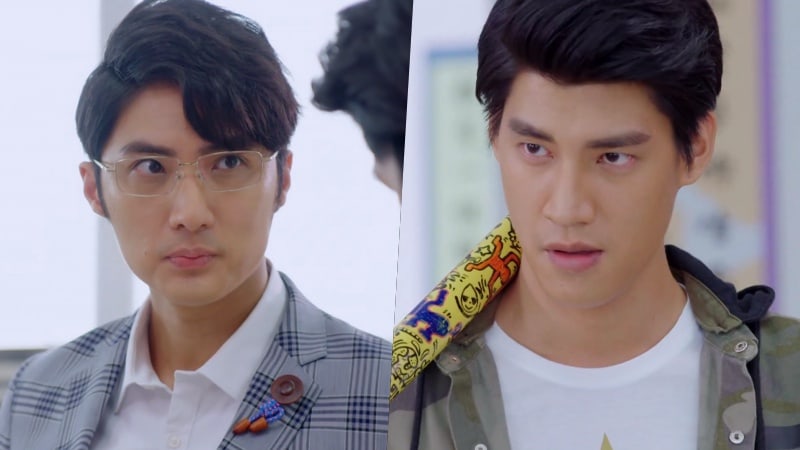 Fourthly and lastly (although I could go on forever about this character, he’s just so precious), he truly cares about those around him. Although he gives his students a hard time now and then, he does all that he can to ensure their well-being and future success, including delving into some personal issues that reach outside of the classroom. 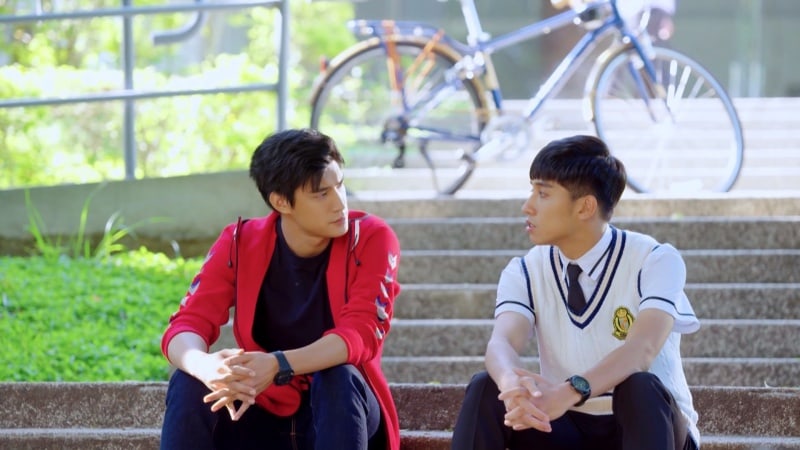 It’s cool to see a male lead that has universally-adored male lead qualities such as courage, romantic savvy, and insanely good looks, but also possesses some that unfortunately are not always present in drama leads such as kindness, integrity, and genuine vulnerability. 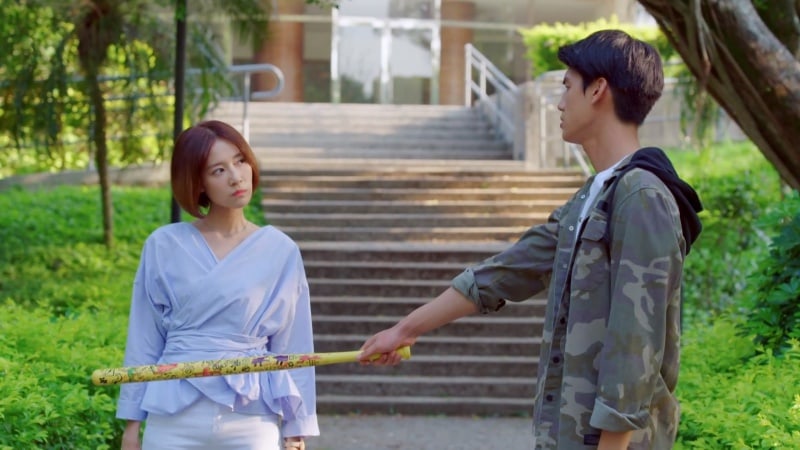 Now, I’m all about flashback sequences and story build-up, particularly in dramas that are long-running and need that basis for character development as the story progresses. However, every now and again, a drama that just dives right in without a lot of fanfare or backstory can be rejuvenating to viewers. Such is the case with “Campus Heroes” as we open in the midst of Da Xiang recounting the incident that got him fired from playing baseball, swiftly catching the audience up to speed and catapulting us right into the heart of the story. It’s a quick start and the pace remains consistent throughout. 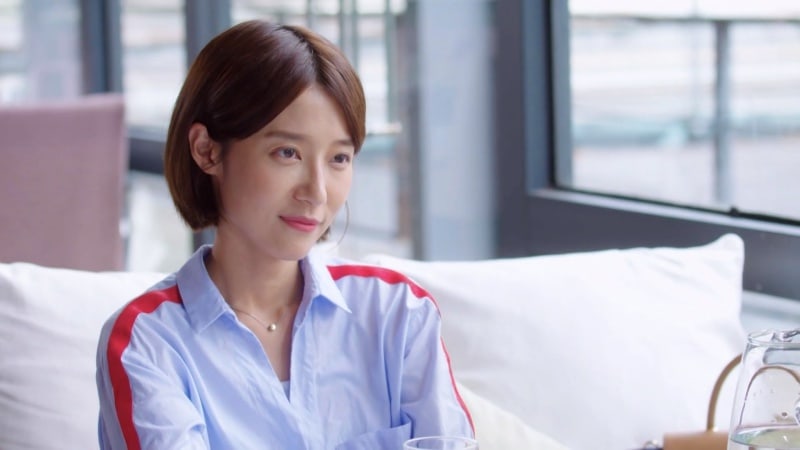 Tang Ke Xin is surprisingly average and regular, but definitely not boring. She rises above any potentially childish drama, which is a merciful change of pace for some female leads (even ones we love)! She’s got a steady head on her shoulders, and – like Da Xiang – isn’t afraid to let others know what she thinks. She also does something I wish more female leads did (or anyone, for that matter): she speaks up for herself.

And while she is forthright and outspoken, she’s also compassionate and caring – something that shows when she interacts with her students as well as with her colleagues. Not only does she respect those around her (adults and children alike), but she also respects herself – an applause-worthy character trait in any drama. 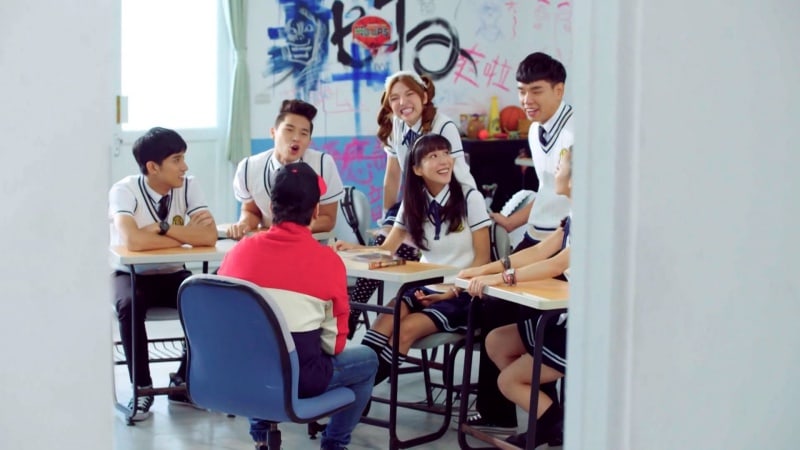 The cast would not be complete without this group of misfits! These students are not motivated to study…at all! They’re not delinquents, but school is definitely not their top priority. As the drama progresses, the viewer gets little sneak peeks into their lives, and in the end, you can’t help but root for these teens as they navigate through young love and life in general. 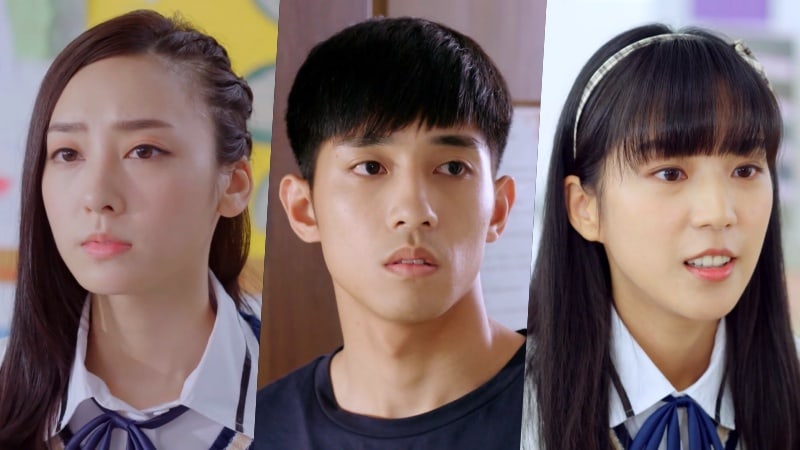 They’re a sweet group of kids, and although it takes them a bit of time to warm up to Da Xiang (you can’t really blame them – he makes them run around the track during their first class period together), one by one they begin opening up to him as they start to trust and respect this new adult in their lives.

Lu Da Xiang and Tang Ke Xin’s relationship isn’t perfect; whose is? They each have their own baggage they are dealing with and working through. What’s inspiring about their relationship is the way they build it on a strong foundation of mutual respect as colleagues before it turns romantic. They slowly get to know each other (not too slowly – don’t worry!) and grow together. They encourage each other and build each other up, instead of playing emotional games and catering to the sometimes toxic behavior some romantic leads portray. Ke Xin’s calm, cool, and collected demeanor balances out Da Xiang’s wild side quite nicely – and it’s refreshing to watch their chemistry unfold on screen. 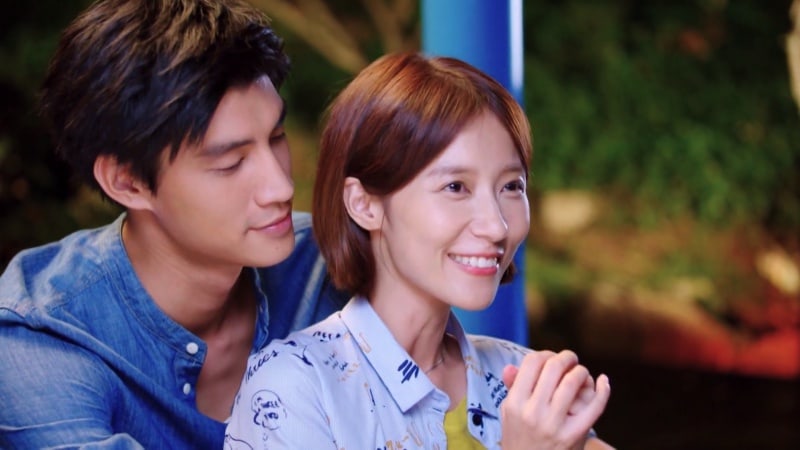 Throughout this feature, I keep using the word “refreshing” because that’s honestly one of the best ways to describe “Campus Heroes.” It’s not by any means a cinematic masterpiece – but it’s different from the norm. It’s unapologetically offbeat, embracing its quirky characters and slice-of-life plot line. It’s definitely a hidden gem that deserves love from viewers all over! This drama makes it so easy to continue clicking on to the next episode, so I hope you, dear readers, are also able to discover the precious elements that this drama has in store.

Catch up on “Campus Heroes” by starting episode 1 right now!

Have you started watching this one yet, Soompiers? If so, let me know what you think in the comments!

Currently watching: “Campus Heroes” and “The Smile Has Left Your Eyes”
All-time favorite: “Come And Hug Me” and “Shut Up! Flower Boy Band”
Looking forward to: “Unexpected“