U-KISS’s and UNB’s Jun and Lee Sung Jae get into a tense father-son fight for upcoming drama “Goodbye to Goodbye.”

“Goodbye to Goodbye” is based on the web novel of the same name, and is about two very different women who live together. Because of their differences, they deal with contrasting issues with husband and boyfriend, marriage and pregnancy, and learn to accept each other.

Lee Sung Jae plays the macho, self-assertive husband Han Sang Jin. Though he always shows confidence, deep down he carries loneliness and regret over breaking up his family. Jun plays the immature college student Han Min Soo who gets his girlfriend pregnant. As a college student, he doesn’t want to give anything up and just wants to enjoy his college years. The two are also father and son.

In the released photos, Lee Sung Jae and Jun appear to have gotten in a fight. Lee Sung Jae grabs Jun by the collar as anger and pity emanate from his expression. Jun looks cold and fiercely glares into his father’s eyes. They are also seen yelling at each other indignantly. 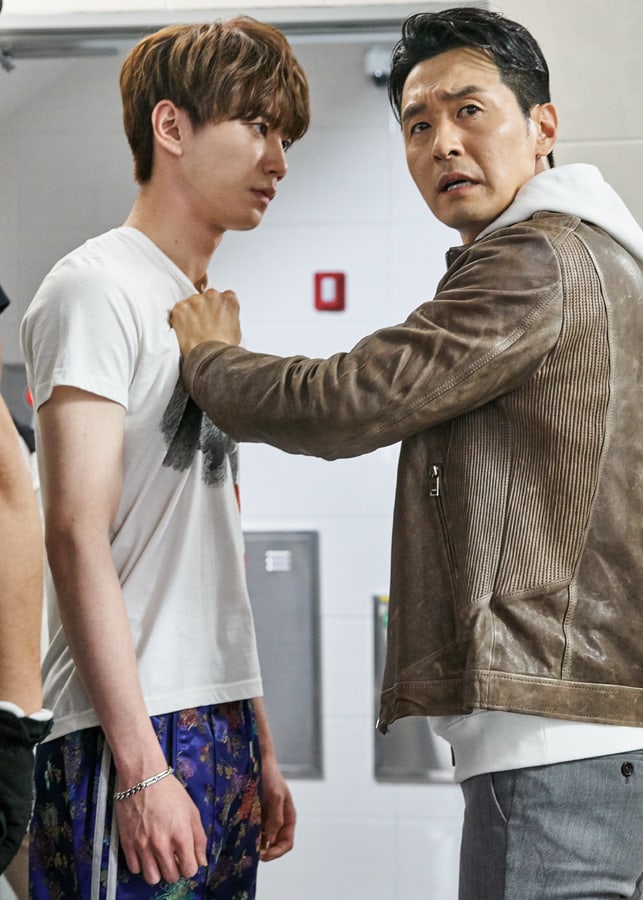 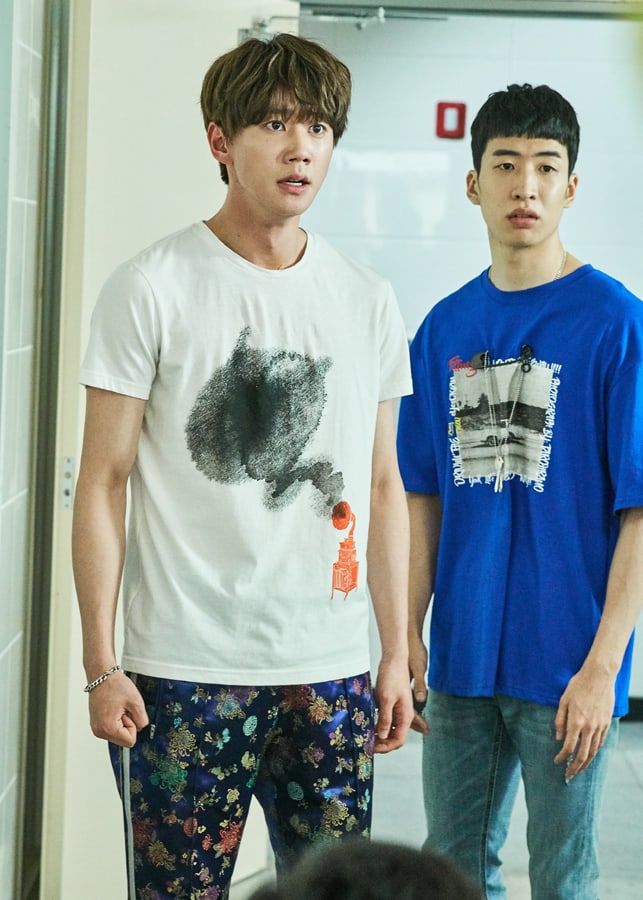 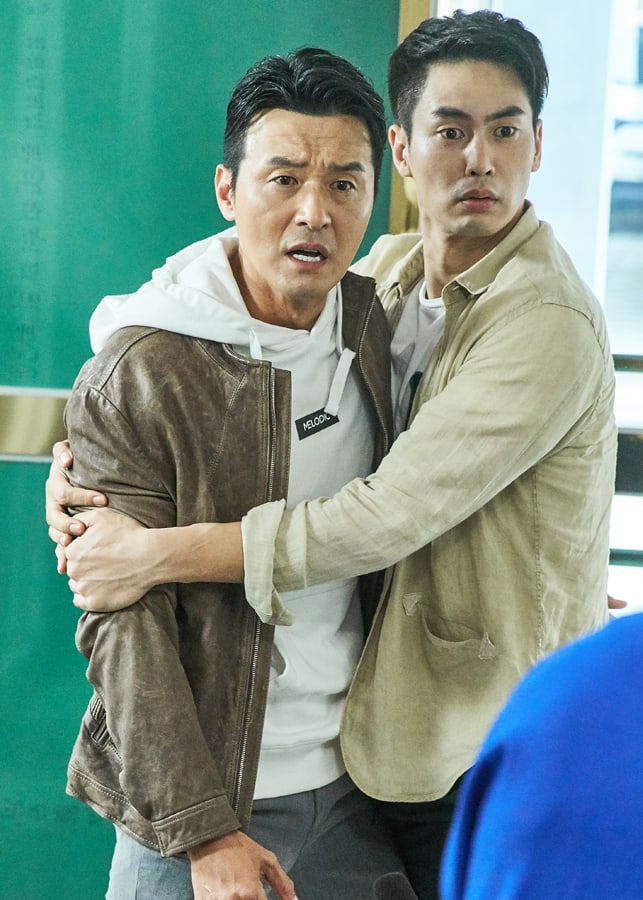 It was revealed that the two arrived early to the filming site with their scripts in hand, and worked together to figure out the scene. As soon as filming began, Lee Sung Jae showed off his fiery charisma, while Jun showed off his intense gaze, and the two got an okay from the director from their first take.

A source from the production staff stated, “The filming site was hot with Lee Sung Jae and Jun’s chemistry. The synergy between the passionate actor Lee Sung Jae and the ‘monster rookie’ Jun who is always looking to learn was great. Please look forward to their honest yet sad story.”

“Goodbye to Goodbye” will air its first episode on May 26, and will be available on Viki!