“The Unit” Reveals Current Rankings And The 35 Eliminated Contestants

The first eliminations for “The Unit” aired during the December 9 broadcast of “The Unit.”

35 contestants—17 females and 18 males—in total were eliminated, based on the current rankings. Some were saved from elimination depending on the results of last week’s missions. As singer I already withdrew to her health, 35 instead of 36 contestants were sent home.

During the episode, the leaders of each mission group were given an envelope, and had to announce which contestants would no longer continue with the program. While some leaders thankfully received a piece of paper that said, “There are no eliminated contestants [in your group],” others weren’t so lucky.

See Also: Watch: “The Unit” Contestants Battle It Out To Be Deemed The Best Vocalist

The eliminated female contestants are (in ranked order):

The eliminated male contestants are (in ranked order):

See Also: Watch: “The Unit” Contestants Face Off In An Epic Battle As Rappers

“The Unit” also announced the current standings of the remaining participants through their website as well as at the end of the episode.

The current top 9 female contestants are: 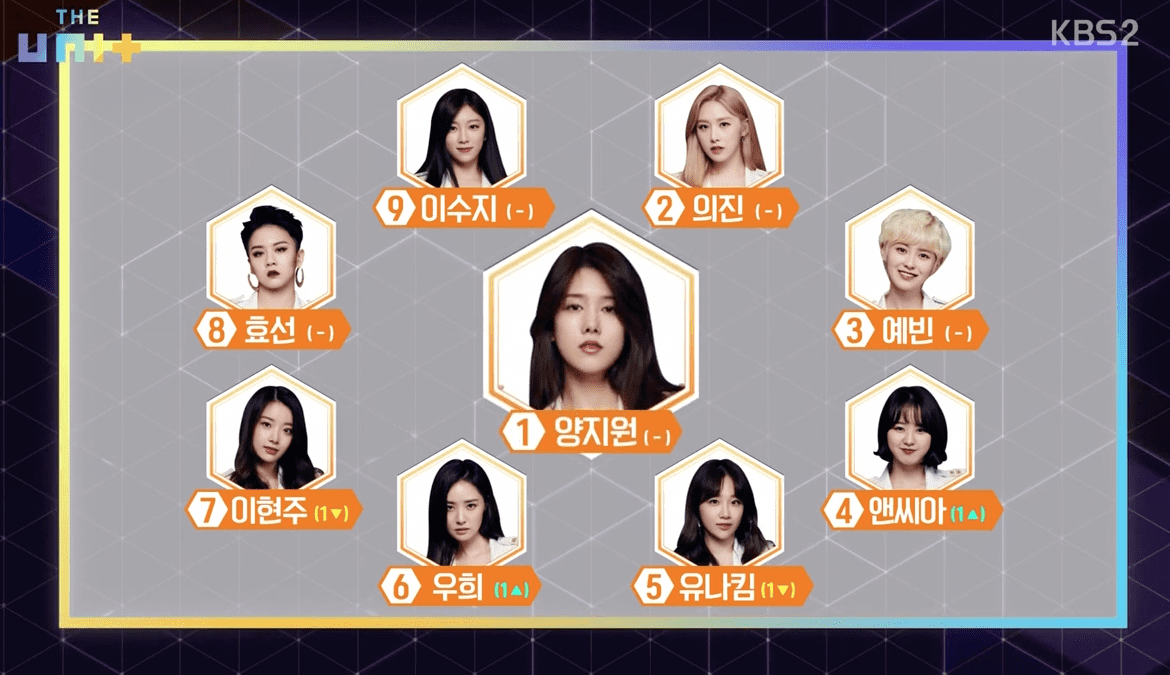 The rest of the female contestants are ranked as followed:

*These contestants were exempt from elimination based on last week’s mission results. 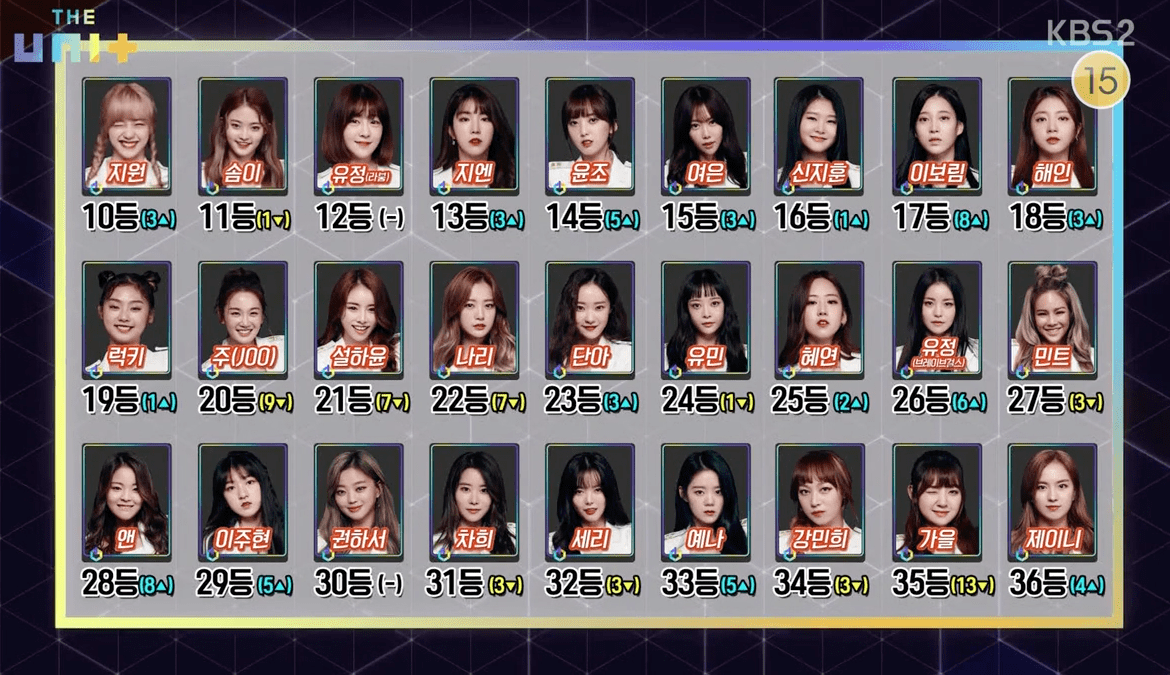 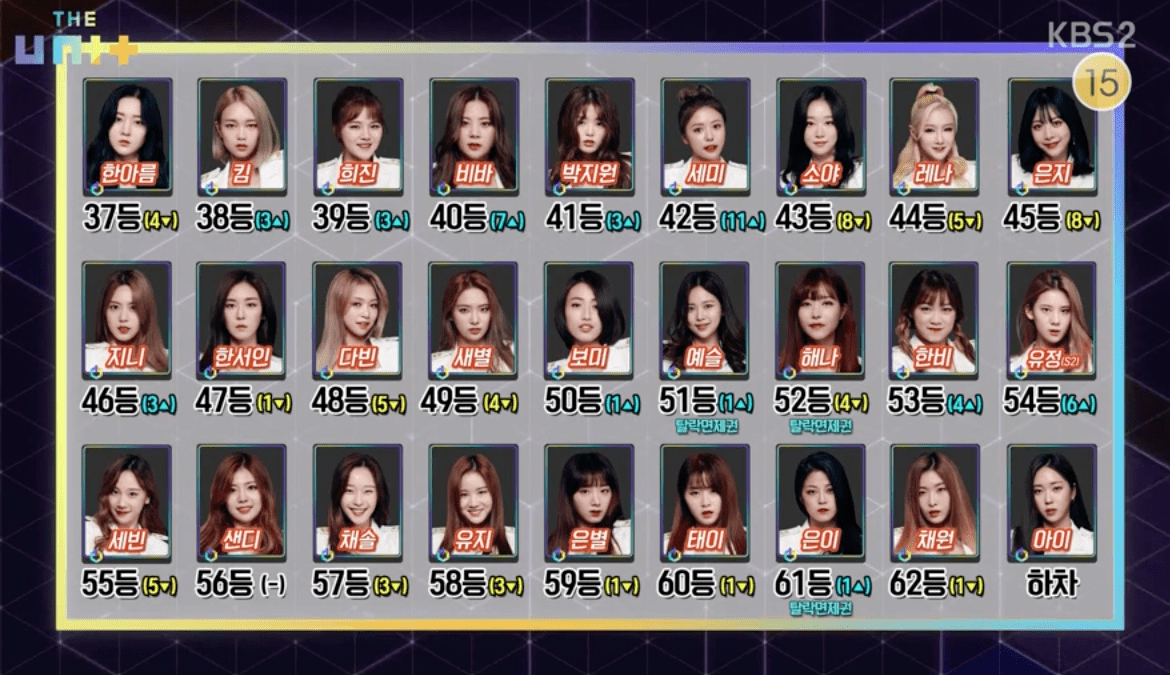 The current top 9 male contestants are: 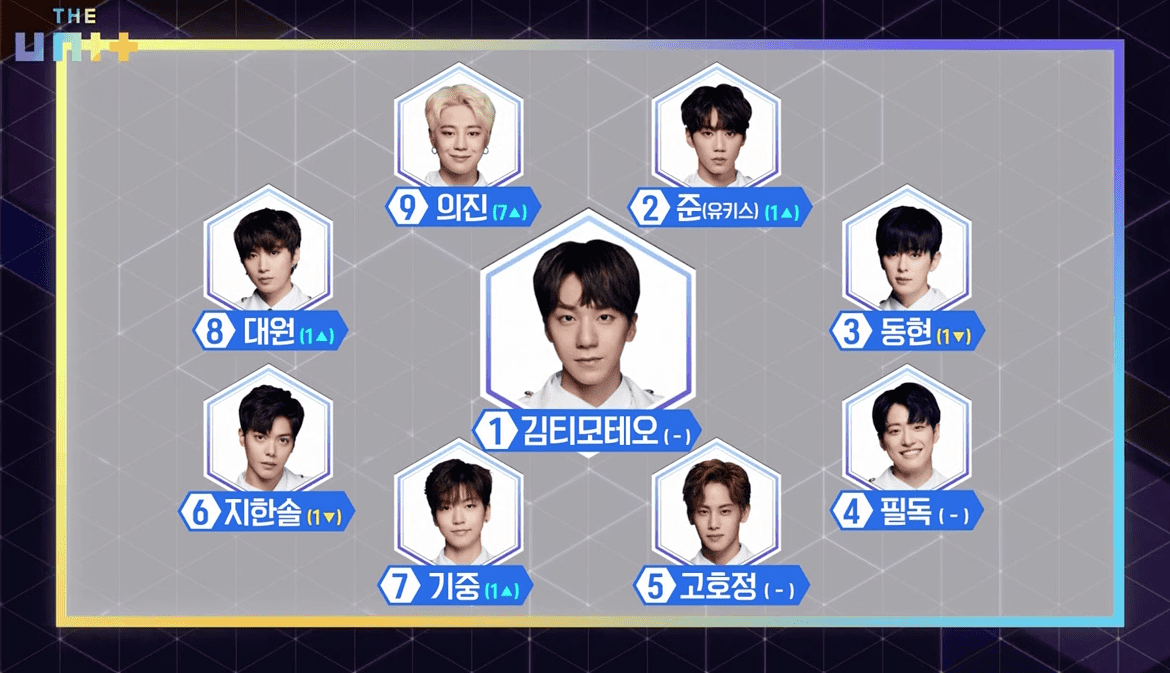 The rest of the male contestants are ranked as followed: 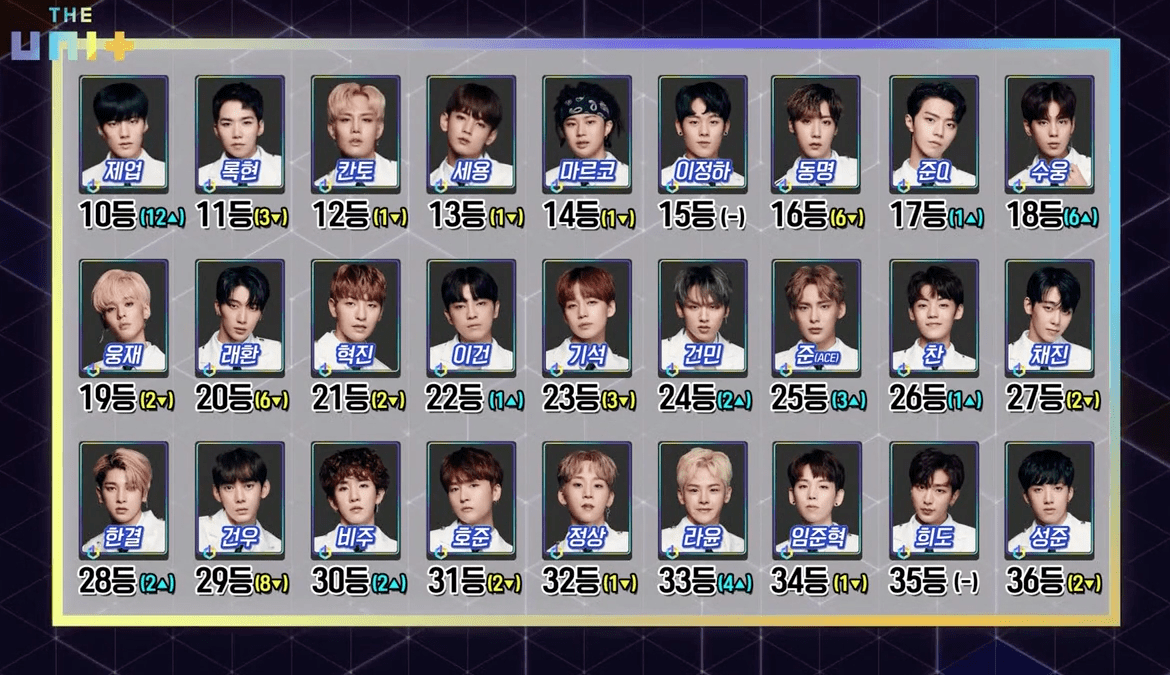 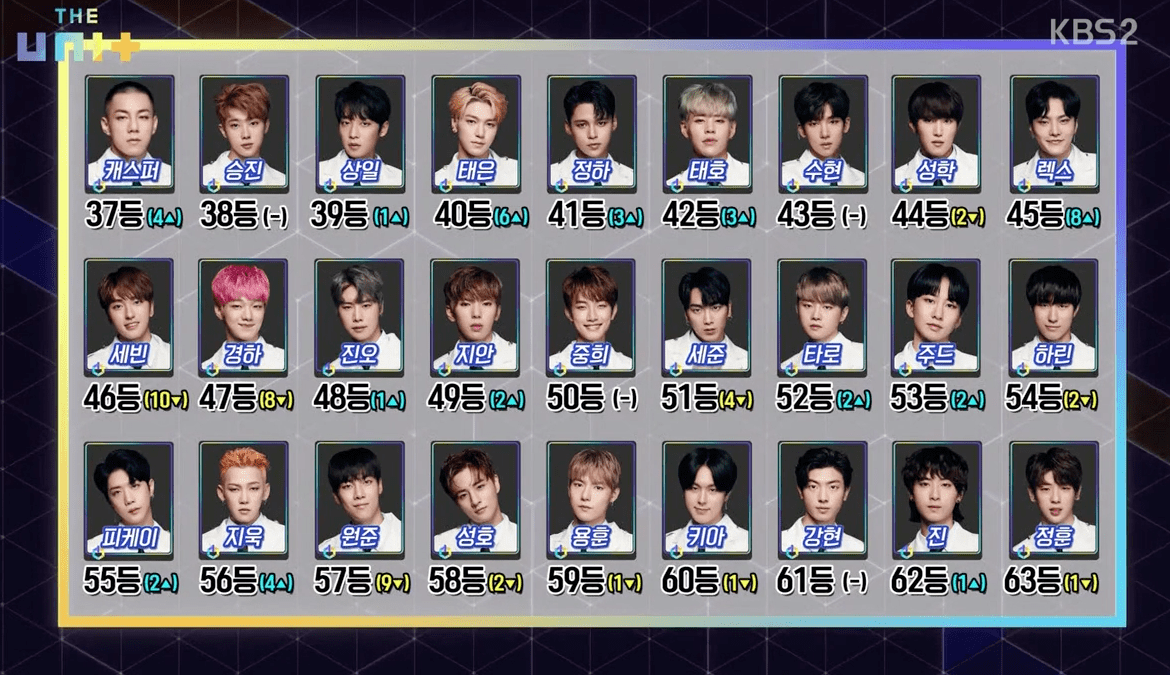 “The Unit” participants also received their third mission during this broadcast, and were tasked with “self-producing.” They will have to select and arrange their own music, as well as design their wardrobe, concept, and choreography. The mentors personally had a hand in how the mission groups were formed this time.

The winning teams of this mission will be given the opportunity to be promotional models for an online game.

See this week’s episode in its entirety below!