Recently, Insight reported on a list of celebrities who hold world records. You might be surprised to find out that these celebrities are actually in the Guinness Book of World Records for completely random achievements. 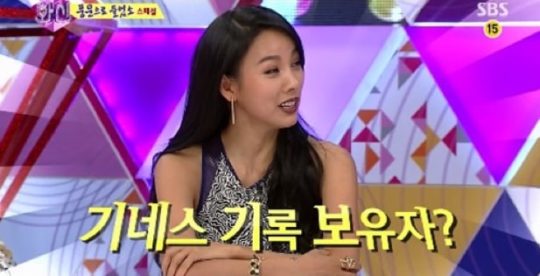 The first on the list was Lee Hyori, who holds the record for the most appearances on the front page of a newspaper. In 2003, her song “10 Minutes” put her at the peak of her popularity. During this time, she appeared on the front page 891 times.

On a previous variety program, Lee Hyori commented, “When I appeared on the first page, newspaper sales would go up 10 percent. One newspaper outlet even created a task force just for me.” 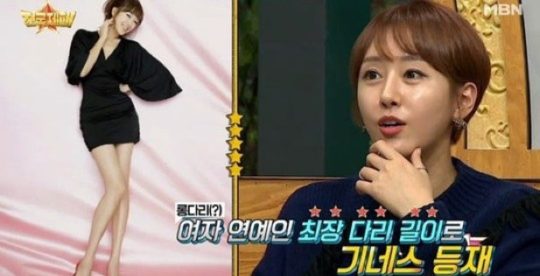 Next on the list is Han Young, who is known for her tall height of 179 centimeters and envious body. With her legs measuring to 112 centimeters, she holds the Guinness world record for longest legs on a female celebrity.

Previously, Han Young said, “I can wear men’s pants. There are so many pretty clothes out there but I can’t wear most of them.” 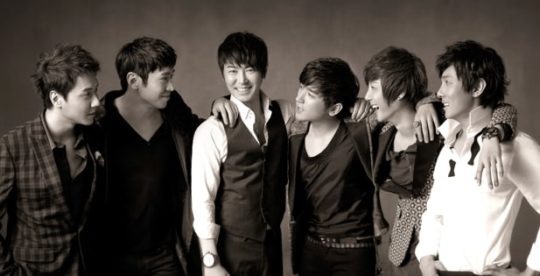 Long-running group Shinhwa also holds a world record. In the 19 years that the group has been together, they haven’t had one member leave and have not disbanded, making them the longest running group in the world.  When asked how they were able to make it so far, they said that their trust in each other was what kept them together for so long. 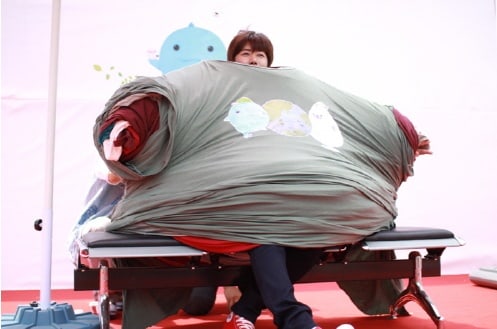 Kwanghee also made the list of celebrities who hold  surprising world record. As you can see from the photo, Kwanghee holds the world record for wearing the most layers of clothing.

In 2011, Kwanghee appeared on a variety program and shared that he had broken the record at an event. He said, “I wore 252 layers. The world record prior to mine was 247 layers. I sat still for four hours in 30 degrees Celsius weather until I broke the record.” 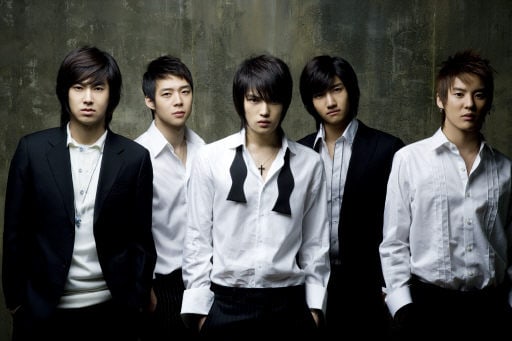 As a five-member group, TVXQ, also put their names on the Guinness Book of World Records for most photographed group back in 2009. Through their official activities, the group was photographed over 500 million times. 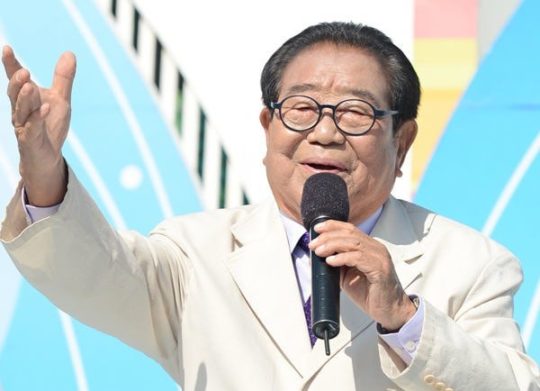 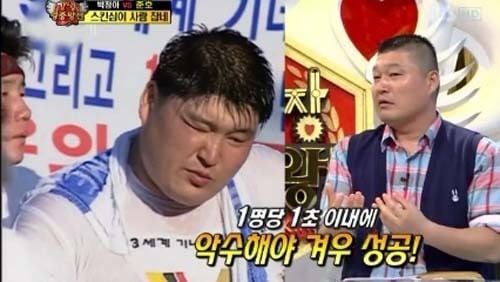 Finally, Kang Ho Dong, who is known for his variety programs and wrestling background, holds the world record for shaking hands for the longest time. He took part in a Guinness event where he had to shake hands continuously with people, with each handshake not exceeding one second. Kang Ho Dong ended up doing handshakes for six hours and 43 minutes, during which he came into contact with around 28,000 people.

Recalling the event, Kang Ho Dong revealed, “During the handshake event, my right hand got swollen to twice the size of my left hand due to all the handshakes.”

Which world record did you find the most surprising?