SBS’s new weekend drama “Secret Mother” has viewers intrigued with its promise of intense drama and suspense in the latest teaser!

“Secret Mother” is a mystery-thriller centered around the events that take place when a mysterious surrogate mother, Kim Eun Young (Kim So Yeon), enters the home of Kim Yoon Jin (Song Yoon Ah). Kim Eun Young fakes her identity as Lisa Kim to uncover details about her sister, who disappeared without a trace, while Kim Yoon Jin has been hiding a secret about her child’s death.

“Secret Mother” recently released a third teaser video ahead of its premiere showing Kim Yoon Jin at the center of a tragedy a year ago. Kim Yoon Jin, a doctor, is seen physically fighting a woman in blue heels, before desperately calling out and looking for someone named Min Ji in the pouring rain. The scene is described as “A suspicious medical accident one year ago,” hinting at why Kim Yoon Jin will do everything she can to hide and protect her past.

However, that was not the only accident that occurred that day. The video goes on to show Han Jae Yeol (Kim Tae Woo), a chief detective and Kim Yoon Jin’s husband, nervously shifting through case files. Meanwhile, detective Ha Jung Wan (Song Jae Rim) looks at a flyer regarding a hit-and-run accident as he says “I’ll find just one,” expressing his determination to solve the case. The incident is described as “The disappearance of that day,” foreshadowing how that one day changed the lives of many. 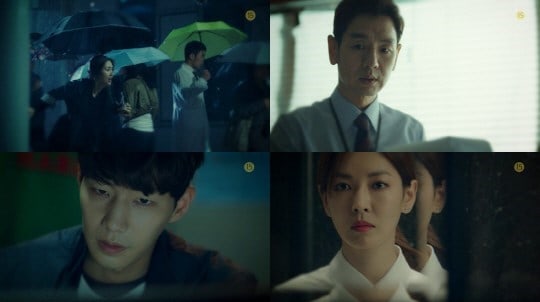 The teaser returns to the present and shows the arrival of Kim Eun Young to a neighborhood, and then shows the other mothers in the neighborhood, who will, one-by-one, be affected by Kim Eun Young’s presence. Song Ji Ae (Oh Yeon Ah), Myung Hwa Sook (Kim Jae Hwa), and Kang Hye Kyung (Seo Young Hee) tremble in fear, while Kim Yoon Jin looks distressed. Kim Yoon Jin’s hands are then shown covered in blood, as she says “I killed [him/her/them].” 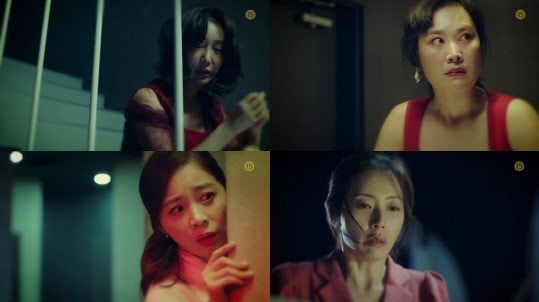 With the many questions and mysteries introduced in this teaser alone, many are curious about the connection between Kim Yoon Jin and Kim Eun Young, and how Kim Yoon Jin’s appearance in these women’s lives will change everything.