A touching story was recently shared about CS Entertainment’s Jo Jin Hyung, who is currently participating in “Produce 101 Season 2.”

The trainee was brought up in an online community in a post titled, “This Produce 101 trainee is on the rise despite unfavorable health conditions.” 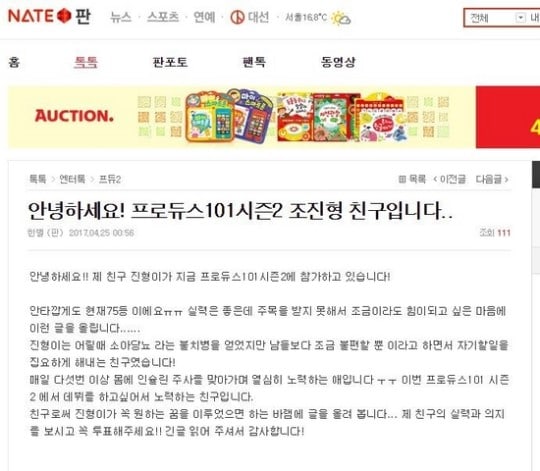 The person who created the post introduced themselves as a friend of Jo Jin Hyung and explained that they wrote the post hoping to help their friend out. They wrote, “Jo Jin Hyung was diagnosed with Type 1 diabetes when he was a little kid, but he’s the kind of person who is persistent and gets things done, saying that his condition is just a minor inconvenience. Despite having to get insulin injections at least five times a day, he works hard and does his best.”

His efforts must have paid off. He started off rocky, coming in at 85th place in the first week and dropping to 97th place in the second week. However, he jumped up to 75th place in the third week, and even moved up from a D to a B ranking. Not only did he achieve this, but his “eye contact” video from the group battle round was released on April 24 and has amassed over 200,000 views, helping his popularity soar amongst the general public. 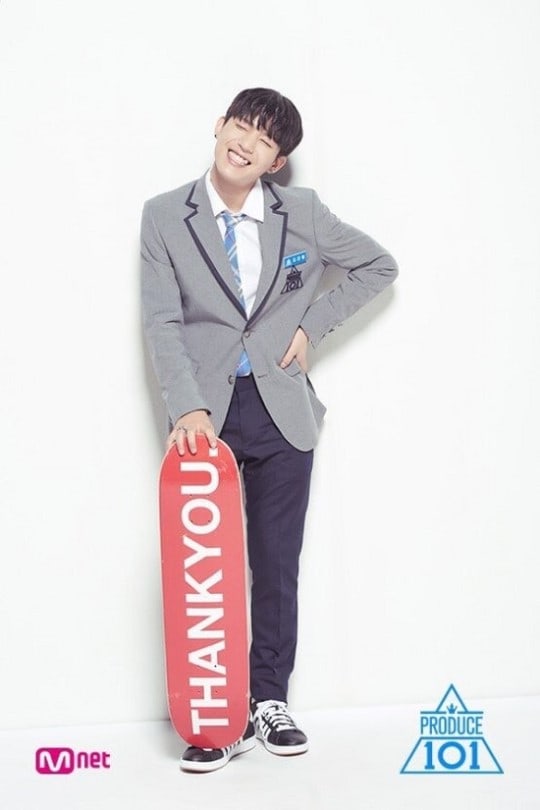 Jo Jin Hyung had previously appeared on the 2015 MBC MUSIC show, “Super Idol Season 1.” He was the main vocalist of the second-highest-ranking group and also appeared on the second season of the show, but had to leave due to health reasons.