The identity of “Scallops” was revealed on the April 8 episode of MBC’s “King of Masked Singer” as a veteran girl group leader who is also currently a vocal trainer.

During the broadcast, “Scallops” and “Gameboy” faced off for the third round. “Scallops” sang Girls’ Generation’s Taeyeon’s “Rain,” while “Gameboy” performed K2’s “To Her Lover.”

As “Gameboy” won the round with a score of 63 and 32, “Scallops” remained on stage to reveal her identity. “Scallops” took off her mask, and the audience was surprised to see it was Brown Eyed Girls’ leader and vocalist Jea. 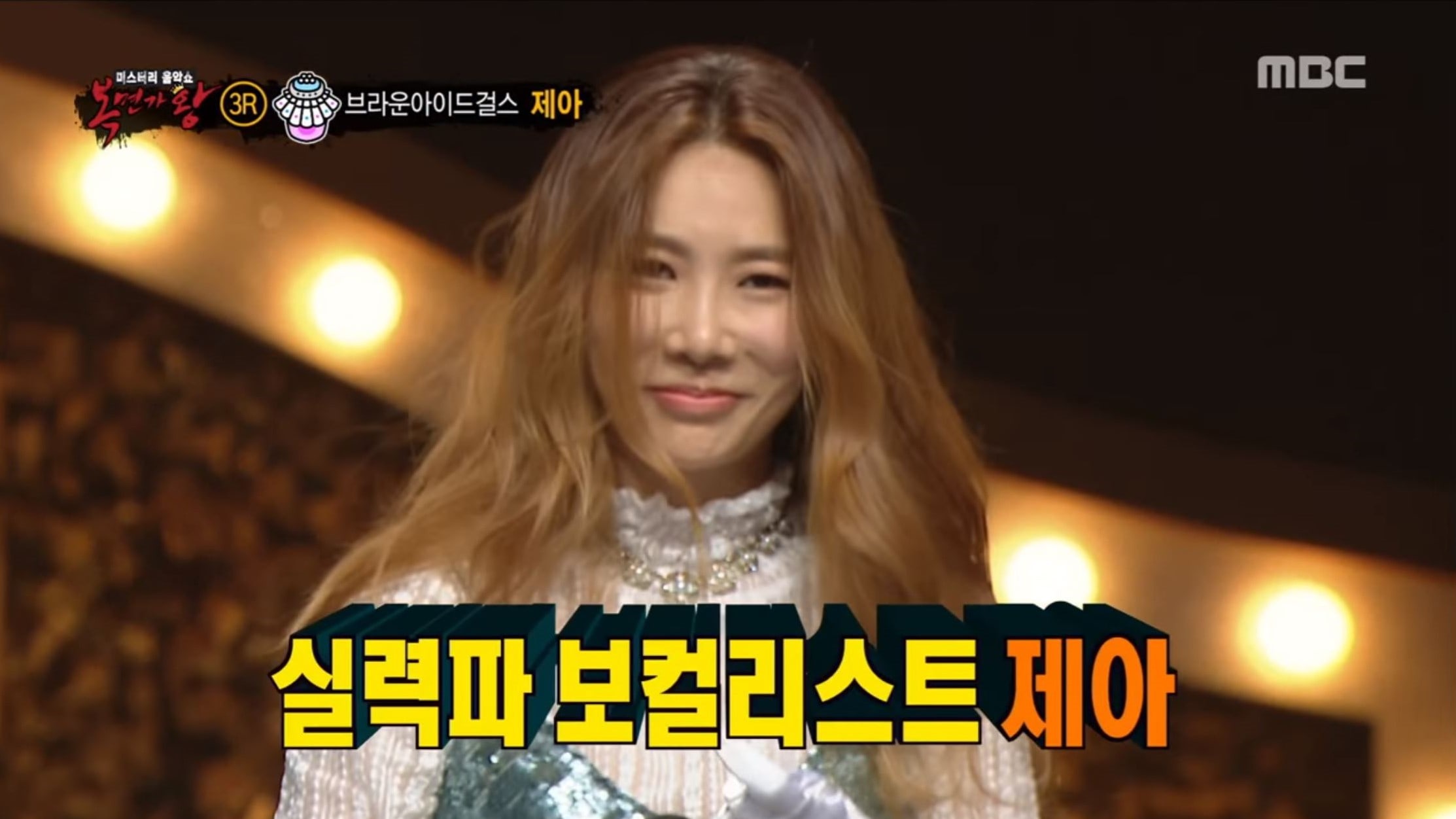 Jea had previously appeared on “King of Masked Singer,” but was eliminated in the second round. Jea shared that her goal for her second appearance on the show was just to get to the third round, explaining, “My fans were curious about what song I was going to sing in the third round. I was a little disappointed I couldn’t sing that for them.” 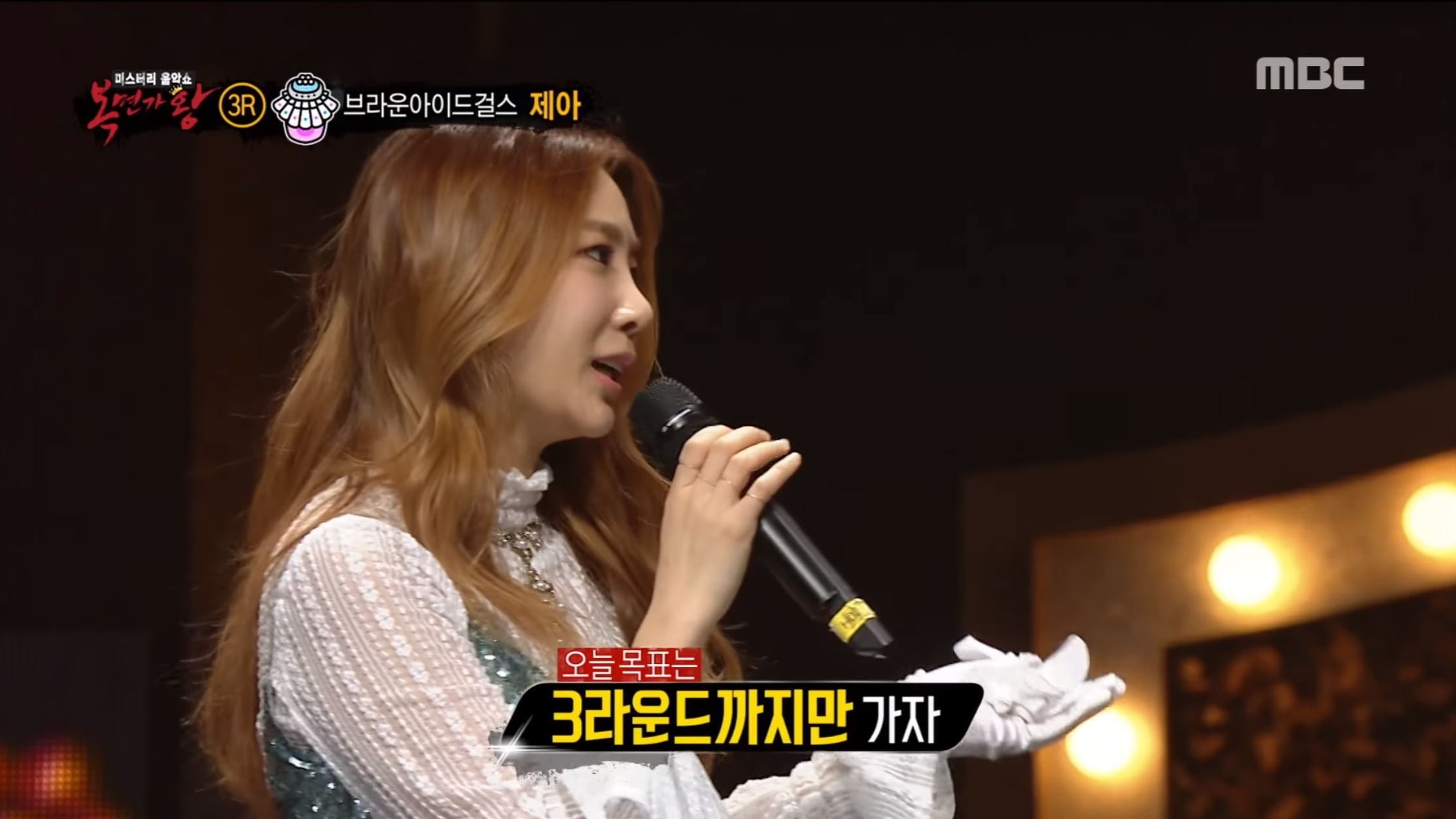 Host Kim Sung Joo asked SEVENTEEN’s Seungkwan, who was a panelist for the episode, if he knew the identity of “Scallops” to be Jea. Seungkwan revealed that he was a big fan of Brown Eyed Girls and even Jea’s solo music, and that he was able to identify her after the first round by her singing style. 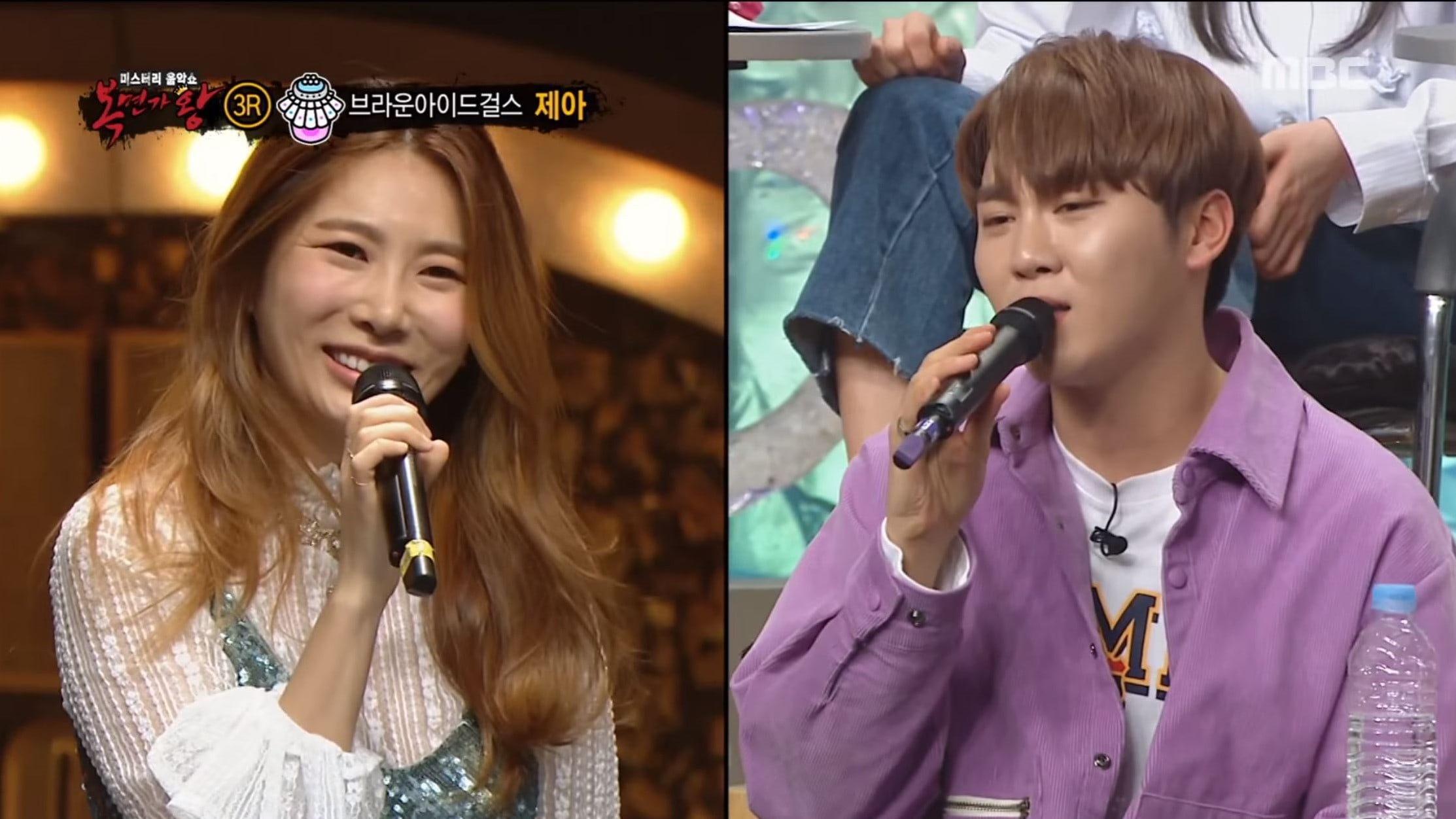 Finally, Jea said, “When you’re just writing songs, there’s not a lot of opportunities to hear praise from others. Since I was able to receive a lot of compliments today, I think not only myself but my fans will be happy as well.”

Watch the latest episode of “King of Masked Singer” on Viki below!