The members of VICTON sat down for an interview to commemorate the recent conclusion of their second mini album promotions.

They first talked about what they learned during their promotions for “Eyez Eyez.”

“We learned how to enjoy the stage. We used to think that giving a great performance was the most important thing, but we later learned that it’s better to communicate with the audience. In the future, we want to create a stage not for broadcasting purposes but for enjoyment. We want to show an upgraded version of ourselves that would allow the audience to enjoy our performances,” they explained.

The members then commented on their growing fanbase. “Every time we go up on stage, we notice the fans’ cheers getting louder and louder. We became surprised when more and more fans showed up to watch our pre-recorded stages. Whenever we see new faces during our fan meetings, we realize that there are many people who love us. However, we will make sure to [stay humble],” they promised. 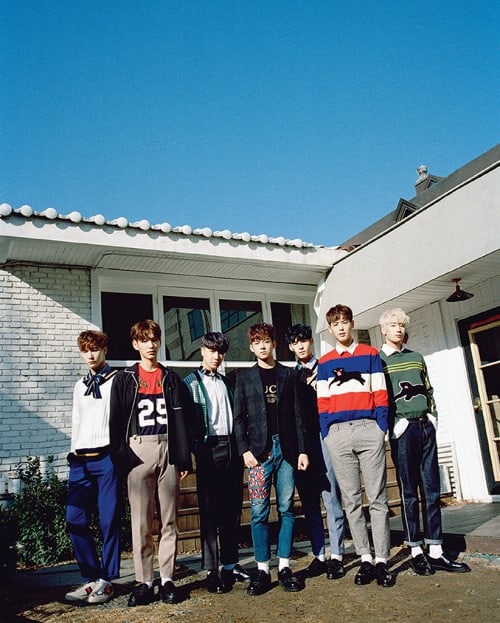 They concluded the interview by disclosing what they plan to do for their fans. The members revealed that they consistently took pictures of their fans during their second mini album promotions. They are planning on compiling all the pictures to create a video and then giving it to their fans as a gift. Furthermore, they will be releasing a song dedicated to their fans.

Meanwhile, VICTON will soon be heading over to the United States for some training.