VICTON recently opened up about the strong bond that exists between the seven members and what questions they would want to ask their fans in an interview with Xportsnews.

When asked to describe themselves, the members of VICTON compared their time together as “A field trip that never ends.” Remarking that they rely on each other a lot, Sejun said, “We’re each other’s friends and siblings.” Heochan talked about how they usually stick together as he added, “If Subin doesn’t answer his phone, we just simply call Hanse or Seungsik because he’ll be with another member most of the time. That’s the case for most of us, actually.”

Subin stated that now that he’s legally an adult, he’s able to enjoy more things with his fellow members. One of the things that stood out for him is that he now gets to go play computer games with the others late at night, as the law prohibits minors from staying in PC rooms past a certain hour. The other members chimed in and said they’d been sad about leaving him behind, but they can now all go together. 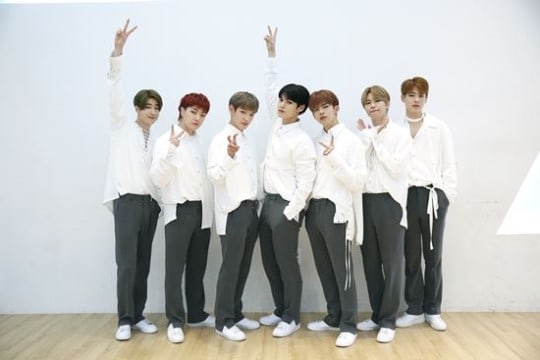 Not only does VICTON share a strong bond amongst each other, but they also care about their fans very much. They expressed how much they’d missed ALICE [official fan club name] during their hiatus, and they came up with thoughtful answers when asked what questions they would want to ask their fans.

Seungwoo said, “I’m curious to know what they were thinking as they were waiting for us during our hiatus. There are times when we feel impatient and want to see them faster, and it made me realize how hard it must be for them to wait for us,” while Seungsik replied, “I want to know what made them like VICTON. I think hearing their answers would help us feel more confident.” Hanse said that as they’re meeting for the first time in a while, he wants to know if the fans have been doing well, whether they’d been sick or if they’d been eating well. Subin chimed in and shared that he’s curious to know their fans’ favorite activities and hobbies, which Sejun added to by sharing his desire to know what their fans’ day-to-day life is like.

Byungchan said, “I’d want to ask them if they feel happiness through VICTON, whether they gain happiness from listening to our songs. I want to ask them that because I think hearing their answers will motivate us to work even harder to repay them.” Heochan also expressed his gratitude to VICTON’s fans as he said, “I just want to thank them. Going through our fan cafe, I sometimes read that our fans miss school or work to come see us. I’m always so grateful of the fact that our fans continue to come see us, even though they’re probably going through a lot in their own lives.”

Turning the question around, VICTON shared what statements from fans give them strength. Hanse said, “I like it the most when our fans tell us that they missed us. That phrase really shows me how much they waited for us,” while Subin emphasized, “Just being able to speak to them gives us strength.” Byungchan confessed, “I like it most when they tell us that we’ve improved a lot. I like when they say that they can tell how hard we worked.”

VICTON recently made a comeback with their latest title track “Time of Sorrow.” Don’t forget to check out the music video!