On the January 12 episode of SBS’s variety show “Law of the Jungle: Cook Islands,” the cast members arrived at the island Aitutaki known as “the last paradise on earth.”

As they all began boarding the boats, Byungchan suddenly began rummaging his bag. What he found was a letter from Apink’s Hayoung, who had appeared on the show in 2016.

The letter read, “After hearing that my labelmate Byungchan was going to the jungle, I remembered how much we suffered from the rain. So I thought Apink raincoats would come in handy when you guys build houses.” Hayoung finished the letter by writing, “Please take care of your health. I hope you don’t overdo yourselves.”

Byungchan then gave the raincoats that Hayoung had sent to each cast member. Everyone was moved by Hayoung’s thoughtful gesture and thanked her sincerely. 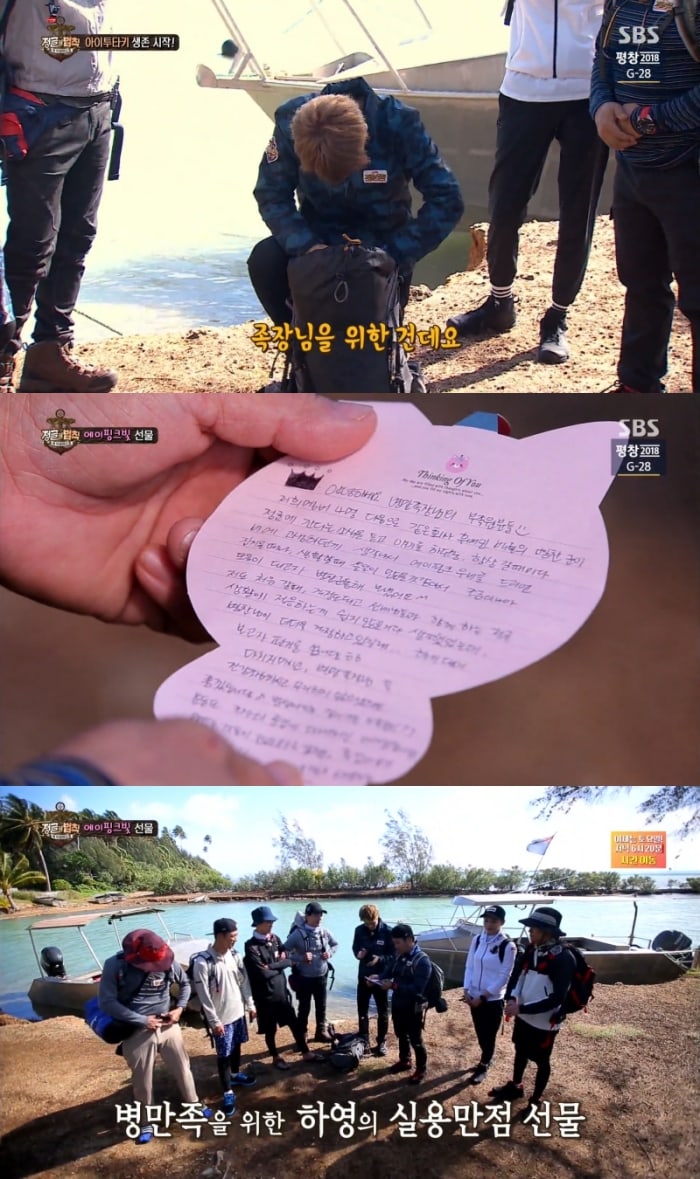