VICTON member Sejun has talked about what it was like to finally meet his favorite artists, BTS!

Sejun’s admiration for BTS is well known, and he’s particularly a big fan of Jimin. Almost a year after his debut with VICTON, their promotions finally overlapped with BTS’s comeback last month, and VICTON got to meet the group backstage at a music show.

Recently, Sejun was featured in an interview series on V Live in which idols pretend to interview themselves. Sejun was asked, “How did you feel when you met BTS, who you’ve really liked since you were a trainee?”

“I can’t put it into words,” replied Sejun. “They’re senior artists that I’ve wanted to be like for so long. When I was going through the hardest time, as a trainee, I was able to get through it while watching BTS.”

“When I saw them, it was like my dream came true,” he continued. “There were some hard things about our promotions this time, but as soon as I saw them, all of that melted away. It was so great.” 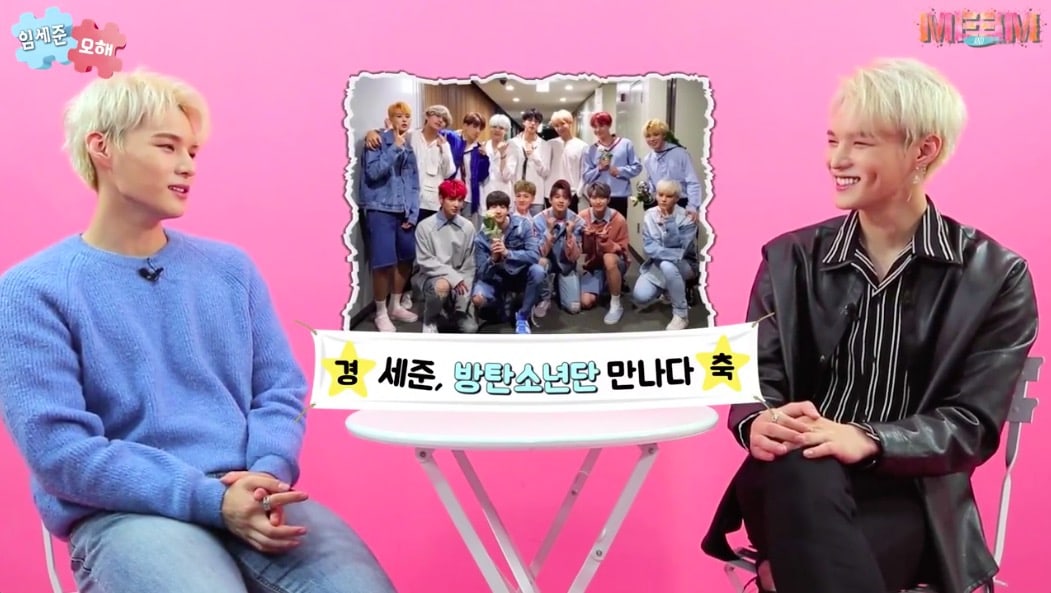 Sejun also showed his cover dances of BTS’s “Fire,” “Blood, Sweat & Tears,” and “DNA” in the video, which you can check out here.

VICTON recently wrapped up their promotions for their song “Unbelievable,” and is preparing to make a comeback next month with a track by Highlight’s Yong Junhyung and his producing partner Kim Tae Joo. Meanwhile, BTS has been continuing their “WINGS” world tour and currently remains on the Billboard 200 chart for the fifth week in a row with their latest mini album.