In the clip, cast members of “Real Men 300” sit down at a table covered with snacks and drinks. As it is their first time having a “PX Snack” party after entering the “White Skull Unit” of the military, Shownu, Ravi, and Lucas in particular can’t hide their joy at being able to eat these delicious snacks they usually enjoyed before “entering” the military. 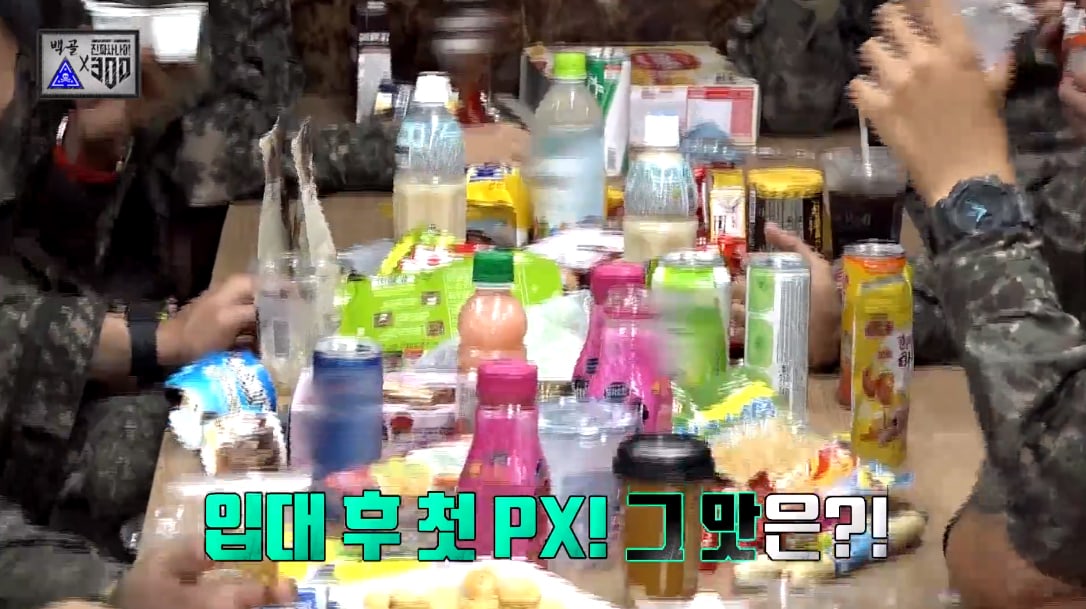 Shownu can’t help but make a face of pure delight as he downs several carbonated drinks in a row, and Ravi breathes in two cookies into his mouth with ease. When Ravi remarks, “I go back and forth on eating snacks once a year,” a senior officer replies while pointing to empty cookie wrappers piled up in front of him, “You’ve already eaten several.” The entire table bursts into laughter as Ravi throws the empty wrappers into the air, delighted by this rare chance. 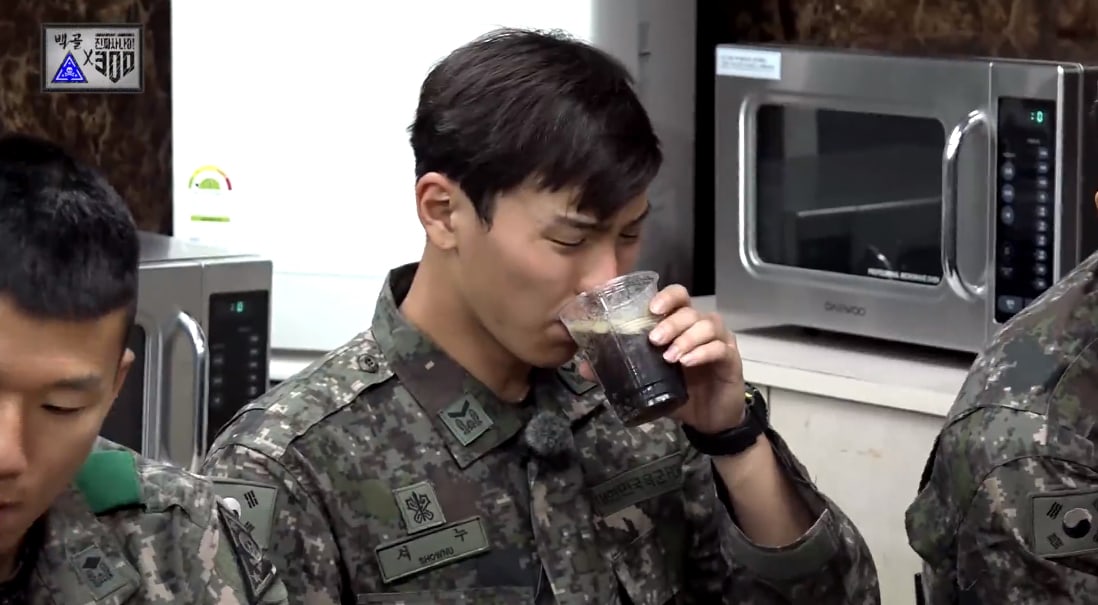 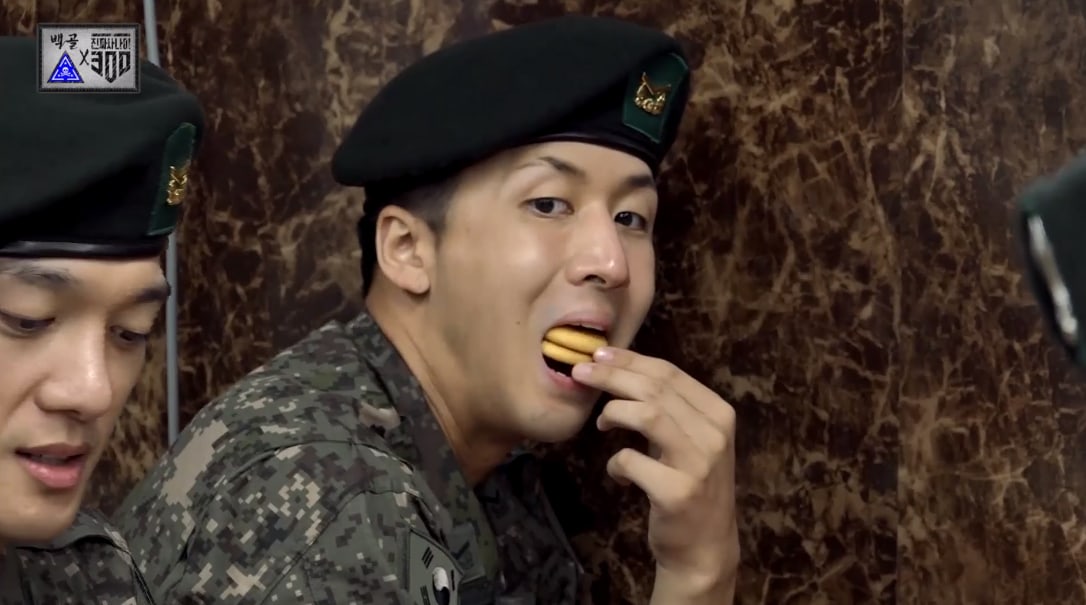 The clip also showcases Kim Jae Woo and the other senior officers looking fascinated by Lucas eating his ice cream. Kim Jae Woo comments with a warm smile, “[Lucas] looks even more like a baby because he’s holding the ice cream cone.” 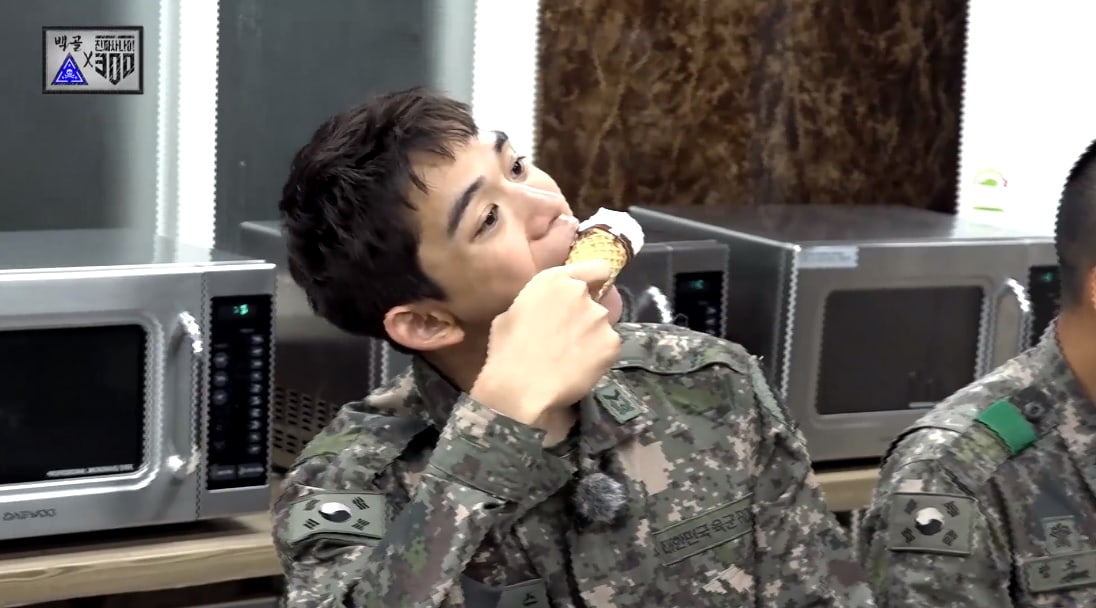 Later, when a senior officer makes an exclusive PX snack recipe, the “military canapé,” out of crackers and canned tuna salad, Lucas and Shownu show their surprise at its great taste as their faces light up. 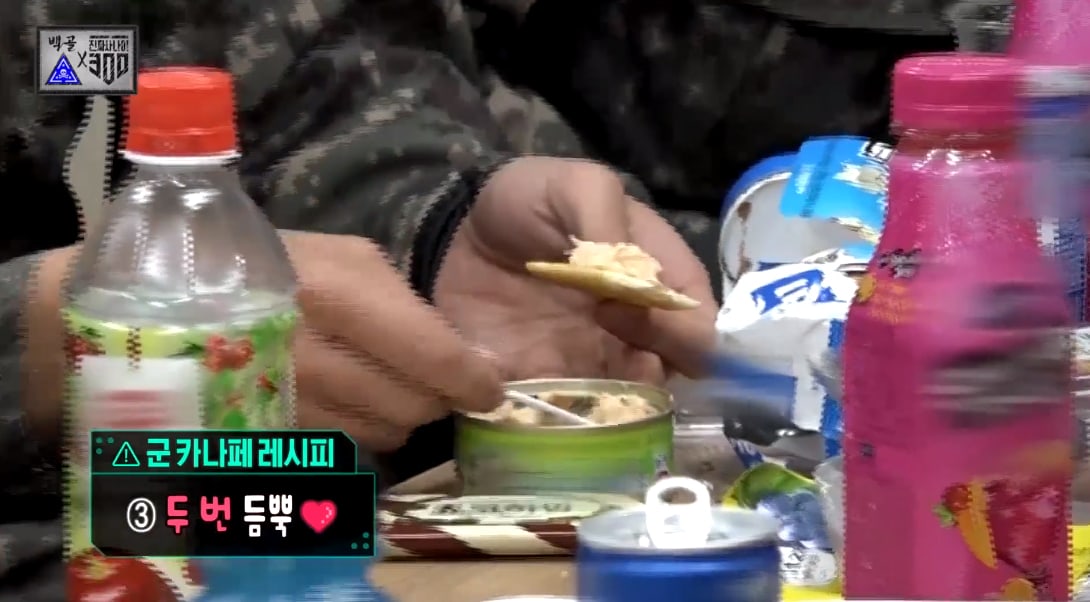