Wanna One, EXID, Jeong Sewoon, And More Shine On Red Carpet On Day 2 Of HallyuPopFest 2018

Wanna One, EXID, Eric Nam, Jeong Sewoon, Soyou, ONF, and SNUPER walked the red carpet and answered some questions from fans at the HallyuPopFest 2018 in Singapore on 8th September! The three-day festival featured over 100 performing artists and is the biggest K-pop event of its kind in South East Asia.

Check out the stars’ looks from the red carpet on Day 2 below! 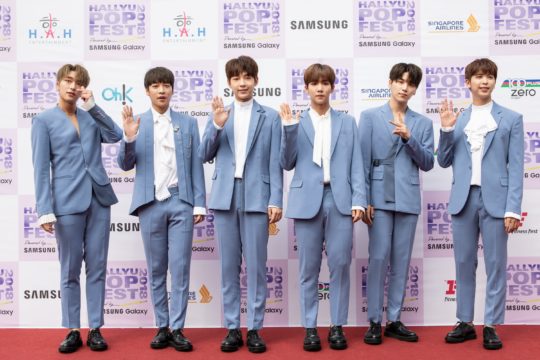 SNUPER was the first group on the red carpet, dressed in powder blue suits. The group was asked about their favorite concept so far and if they have any concepts that they would love to try. They mentioned that “The Star of Stars” was their favorite, along with their sexy concept in “Tulip.” They also want to present a more fun side of themselves in a new song! 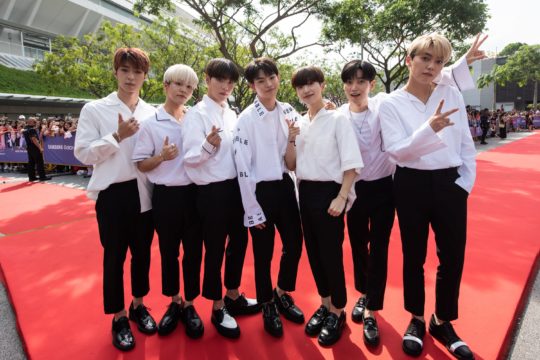 ONF was next and they were asked about their group dynamics and if each member plays a different role in the dorm. Laun says that they all play different roles, but he feels that their team leaders Hyojin and J-US are like they parents who always take really good care of the members, and they are also the best at cooking ramyun in the dorm. 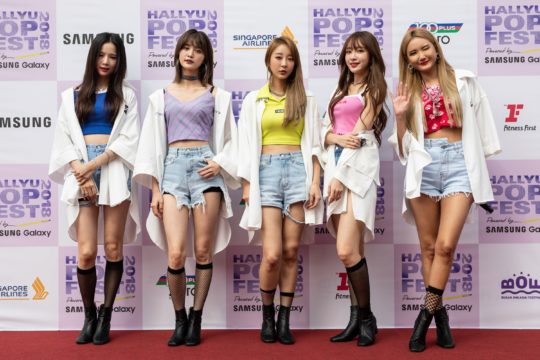 Fans went into a frenzy seeing EXID exit the car with Solji, who had made her return to the group in her first official activity after her hiatus. The group says they know their fans missed Solji and promised to make a comeback really soon as five members! They were also asked about their contrasting images on stage and in reality TV shows and which was closer to their true personalities. Hani replied saying that they try really, really hard to show a cool version of themselves on stage but in reality TV shows, they can’t help but show off their comical side. However, both images are true to their real-life personalities. 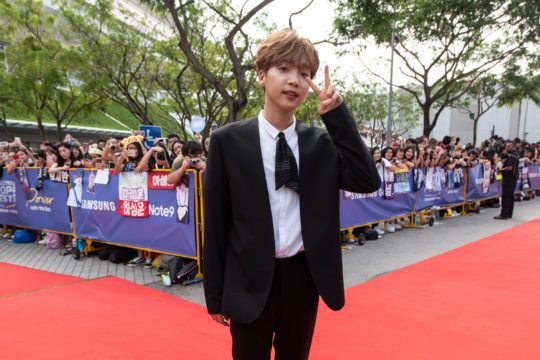 It was Jeong Sewoon’s first time in Singapore and when asked about his thoughts on the trip, he mentioned being really excited to be here and that he can’t wait to meet his Singapore fans. He was also asked about he thoughts on dancing in his next song, and he says if the opportunity arises he would definitely want to try it. 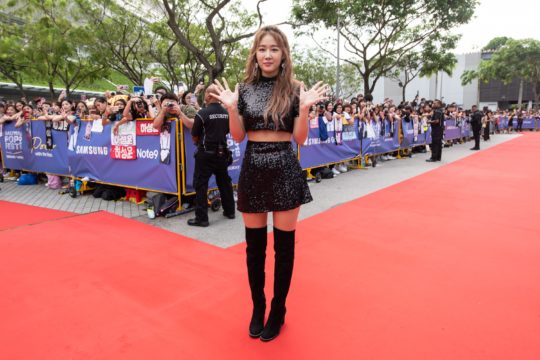 Soyou took the red carpet next, dressed in a black sequinned two-piece ensemble. She was asked about her upcoming plans for the year, which she replied saying that she knows fans are anticipating her solo work, so she is working hard on making a comeback really soon! 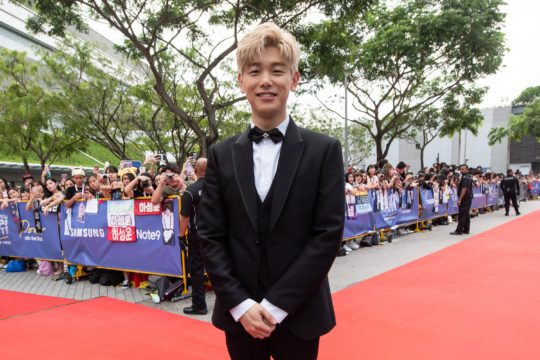 Eric Nam, who was also the host of the night concert, was asked about his thoughts on turning 30 soon. He says that age is just a number to him and he would not let it affect him pursing his passions! 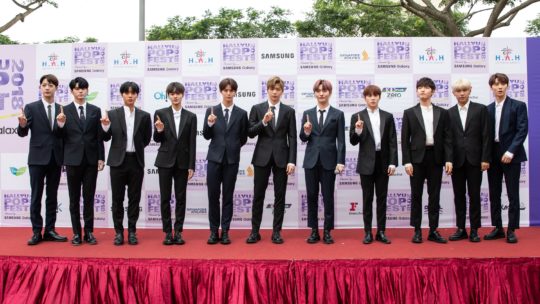 Wanna One was asked about their favorite memory in the past year, and Yoon Jisung replied that their best memory is winning at award shows. They also asked fans to anticipate their comeback soon!

Check out the highlights from the red carpet here:

Head on over to the HallyuPopFest 2018 tag here to read the rest of our coverage on the 3-day festival!