Wanna One Members Share Thoughts On Conclusion Of “Wanna One Go: ZERO BASE”

Mnet’s “Wanna One Go: ZERO BASE,” which was a time of precious memories for the Wanna One members, has finally come to a close.

The final episode of “Wanna One Go: ZERO BASE” aired on Friday December 29, and showed the Wanna One members enjoying their time off in Osaka. The members of Wanna One traveled around to the famous sights in Osaka, and made many memories during their short trip. The members especially enjoyed all the food they encountered, from okonomiyaki to delicious street food. 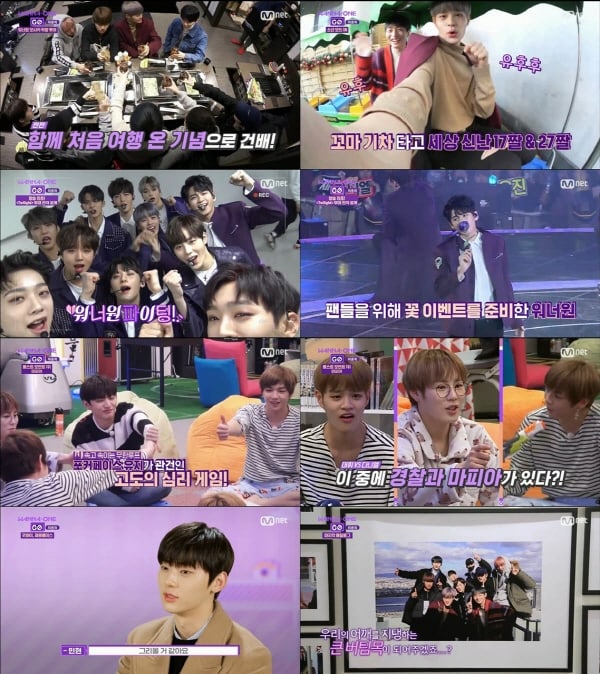 When asked what the show meant to them, the Wanna One members remarked, “A space for us,” “Wanna One planet,” “A comfortable place of healing that can’t be expressed in words,” A place where [we] could play with no worries like young children,” and “I will miss the times I spent with my members, as myself,” revealing their deep affection for their reality program. Kang Daniel shared, “I was happy because I got to know the members’ true selves.”