Wanna One Shows Love For One Another In Different Ways

In the latest episode of “Wanna One Go: Zero Base,” the Wanna One members shared their love for each other in a variety of ways.

The December 22 episode of the reality show featured three of the group members flying off to Japan, with the remaining members exchanging self-made Christmas cards for Secret Santa. After personally creating their own cards, the Wanna One members used the opportunity to write affectionate messages to one another. 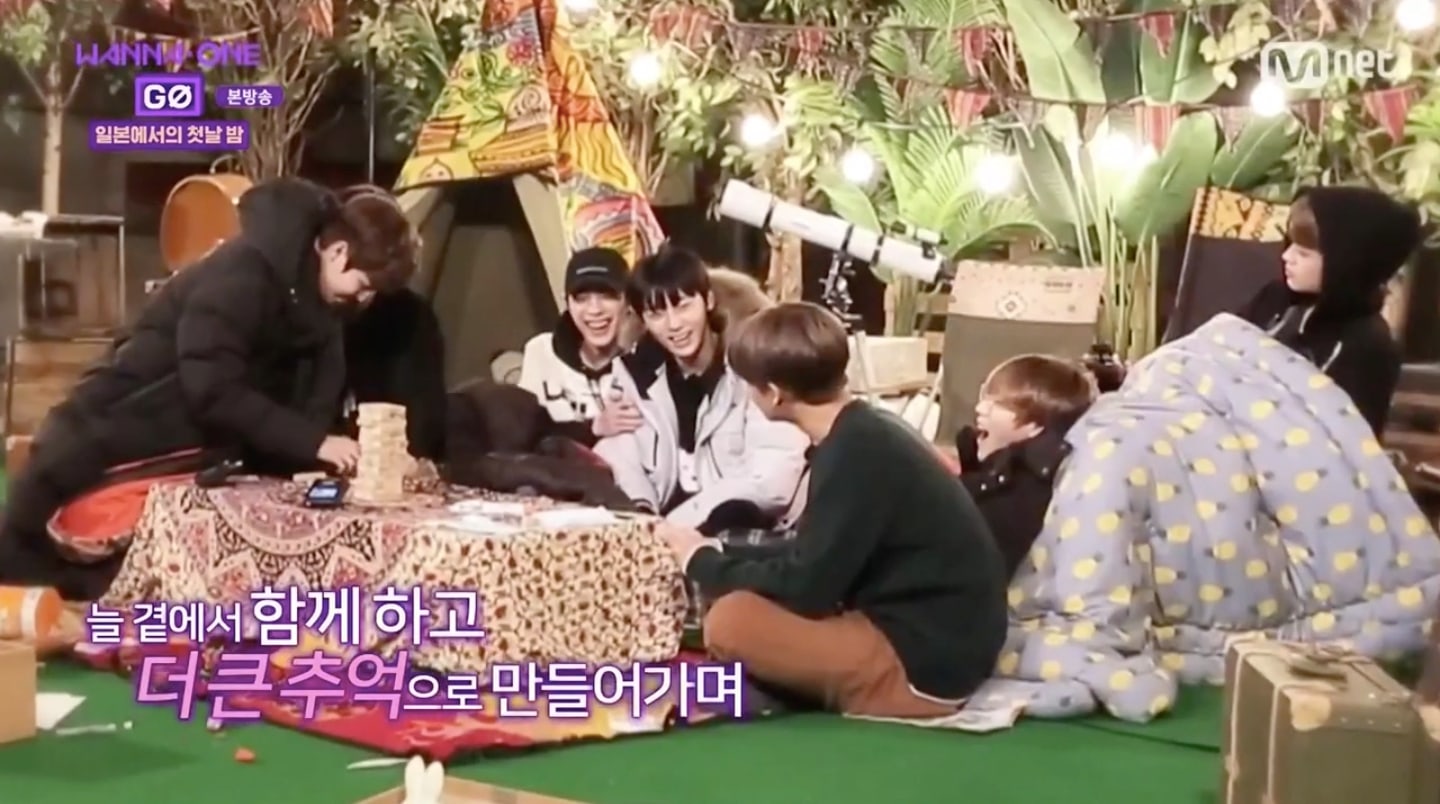 Kim Jae Hwan, who was Yoon Ji Sung’s Secret Santa, wrote, “To our leader, I promise to listen to you. Leader Yoon, I love you.”

Bae Jin Young was Kim Jae Hwan’s Secret Santa, and he boasted in his letter that he had done a stellar job taking care of his fellow member that day. He joked, “You definitely said earlier that you were touched [by how nice I was to you] three separate times, which means I succeeded. I enjoyed it.” 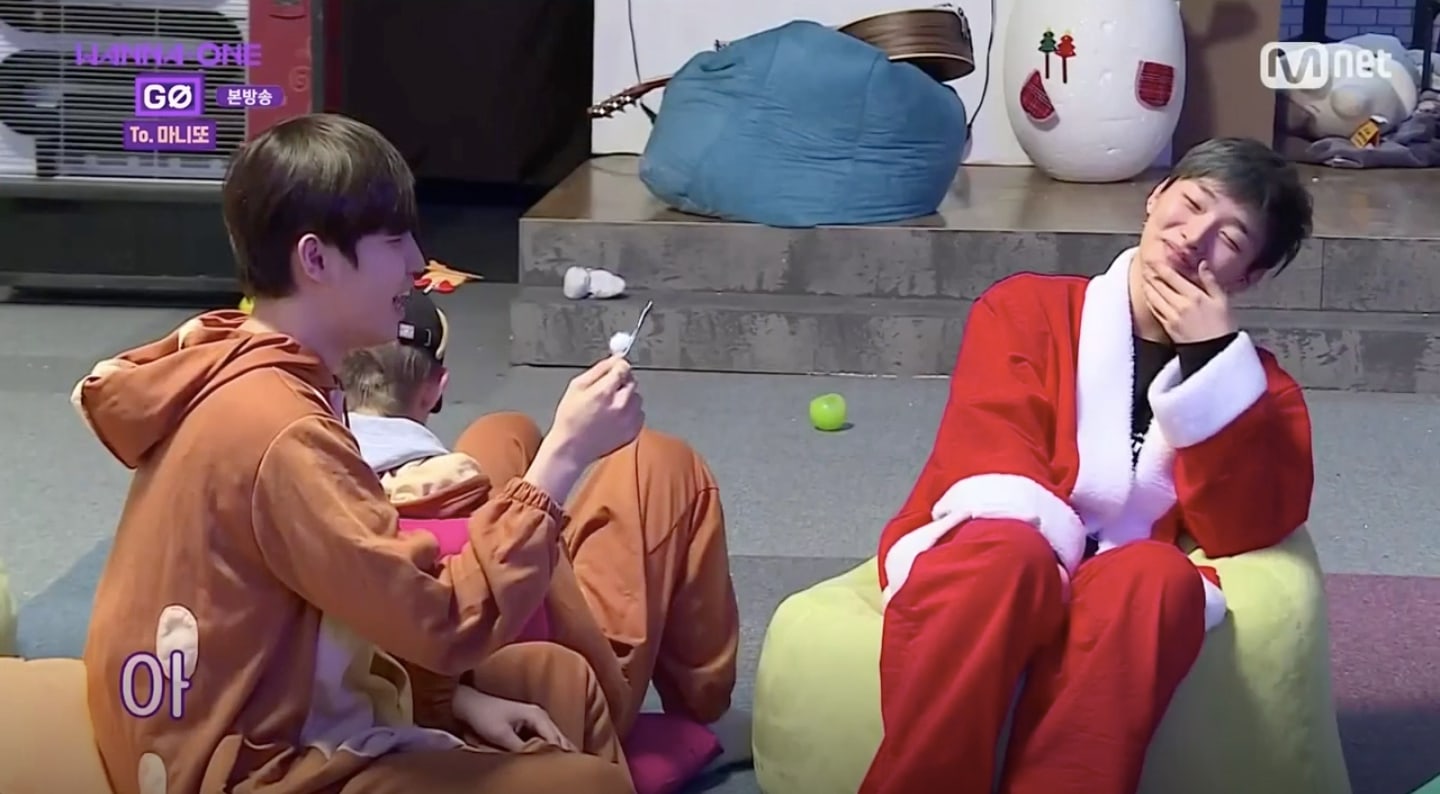 Kang Daniel wrote to Lai Guan Lin, “You know that I care a lot about you, right? That’s why I made a snowman that looks like you.” He added, “We need to write our own raps soon; I hope we have the time and the opportunity.”

Ong Sung Woo moved Park Woo Jin with his sweet note, which read, “You are as cool and as responsible as it gets. When I see you, I’m impressed by how amazing you are.”

In turn, Ong Sung Woo was moved by his letter from Park Ji Hoon, his own Secret Santa. Park Ji Hoon wrote, “As always, I love you, and let’s become friends who always think about each other.” 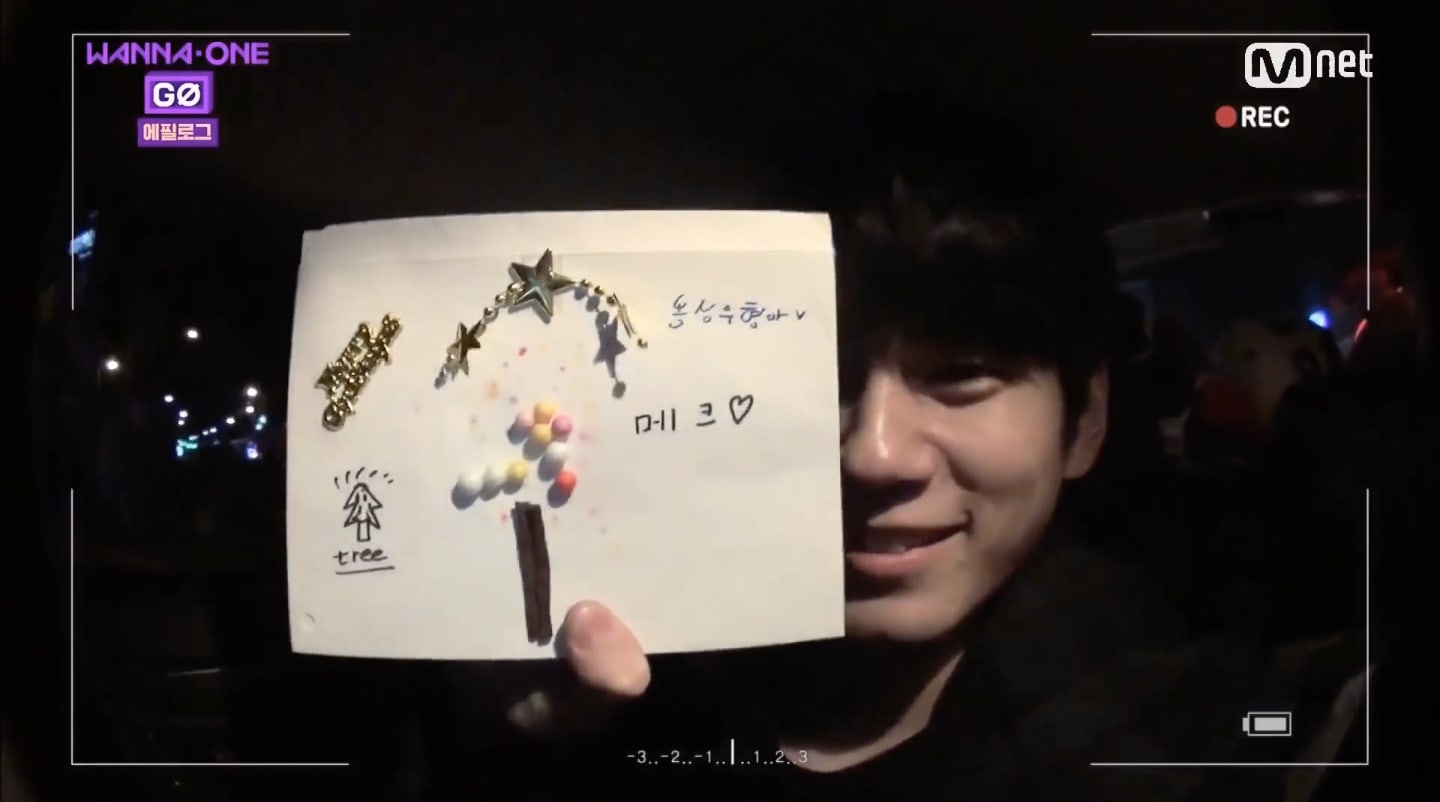 Meanwhile, members Hwang Min Hyun and Ha Sung Woon accompanied Lee Dae Hwi on a trip to Japan to visit his father’s grave. The three members stayed up talking in their hotel room, where they showed their deep bond by expressing their admiration for one another.

Hwang Min Hyun praised Lee Dae Hwi for how well he’d handled appearing on a survival show at such a young age. “It must have been so hard for you during ‘Produce 101,’” he remarked. “I don’t think I could have done that at age 17.”

Lee Dae Hwi pointed out, “But you debuted [with NU’EST] when you were 17.”

Ha Sung Woon cut in, “I think both of you are amazing. In a way, you entered adult society at the age of 17.” 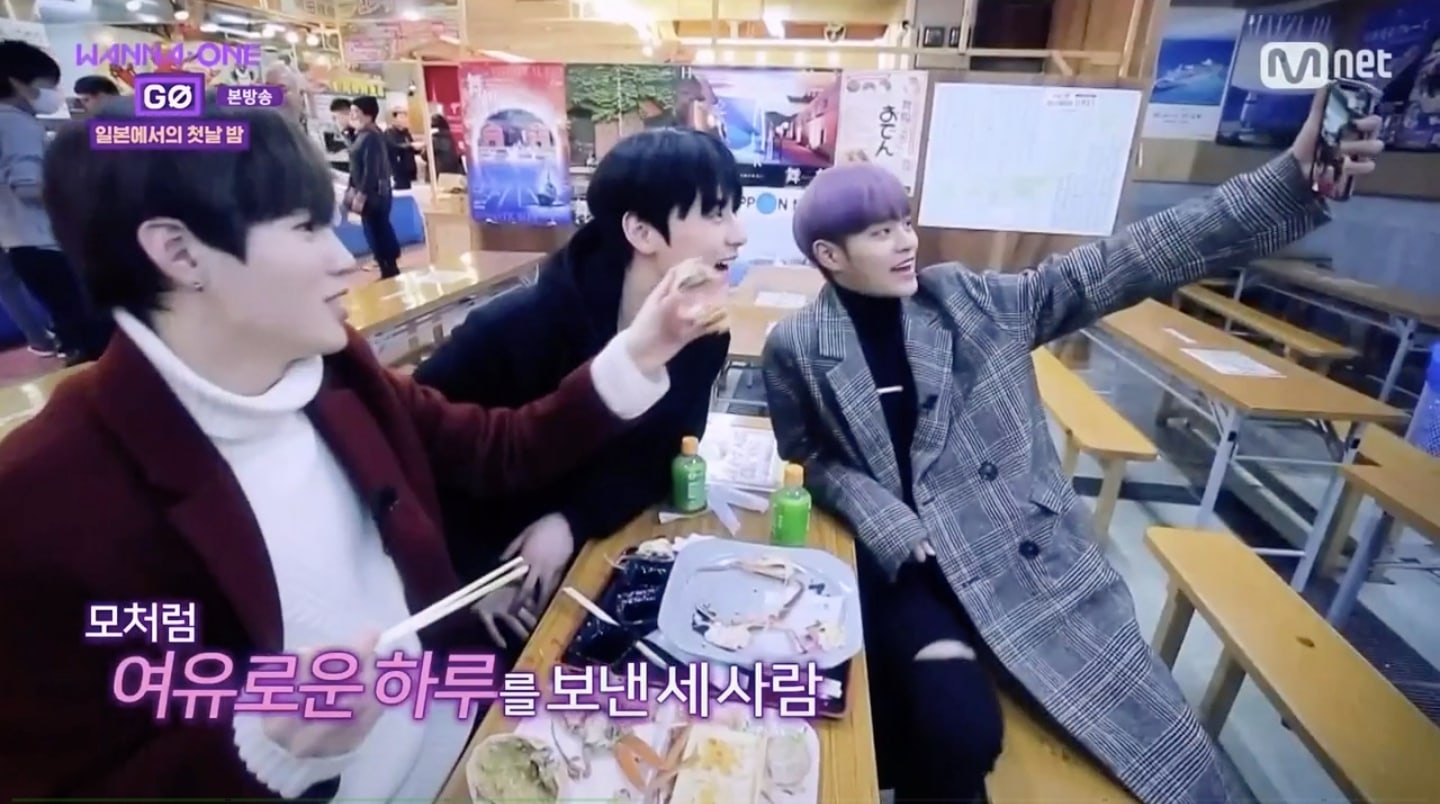 The episode ended on a heartwarming note, with the other members of Wanna One surprising the three travelers by unexpectedly showing up in Japan. The idols even engraved love locks with their names at the Umeda Sky Building in Osaka, immortalizing their friendship and journey together. 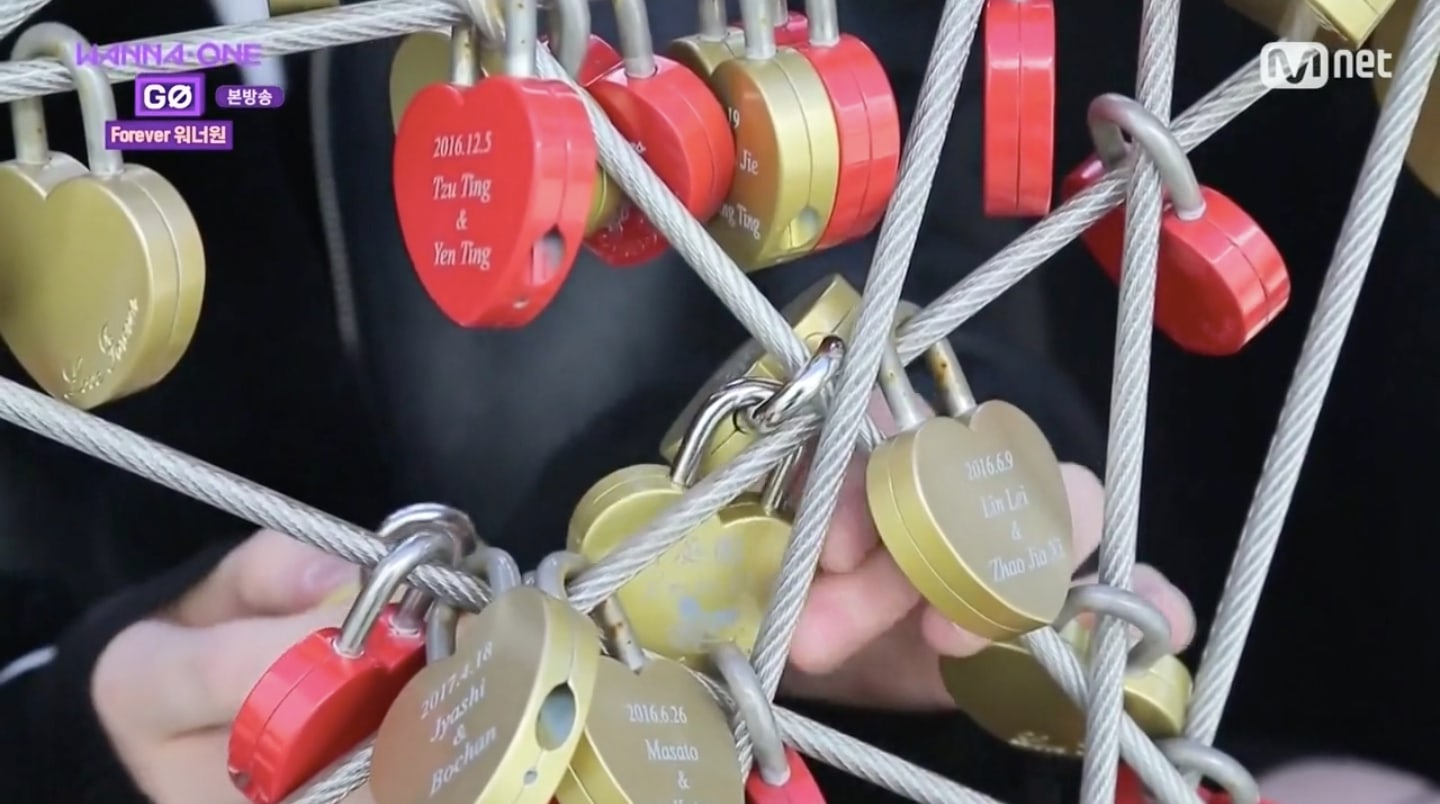 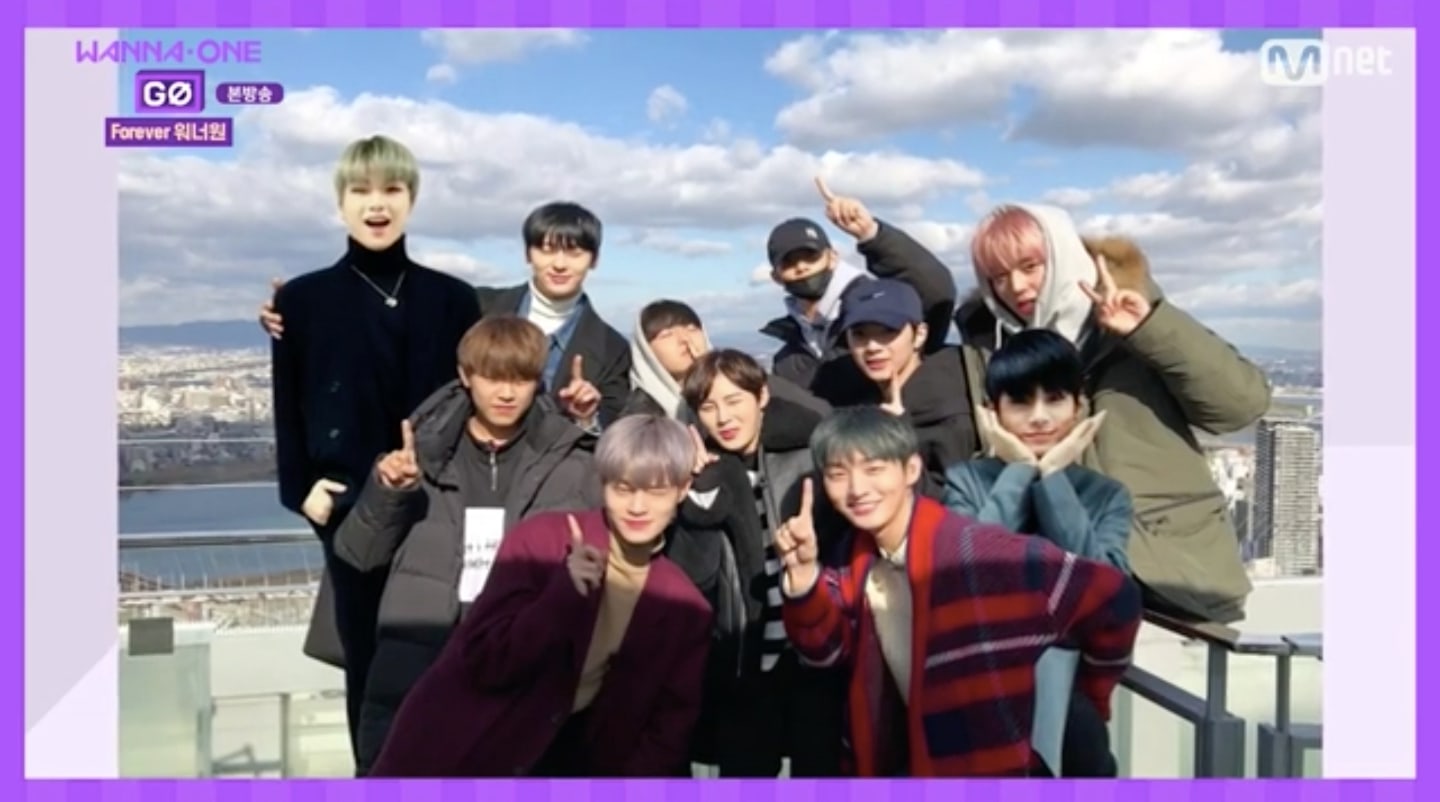 Wanna One was recently voted the No. 2 male idol group with whom Koreans would like to spend their Christmas.