On the November 15 episode of KBS2’s “Happy Together 4,” which featured all members of Wanna One, Hwang Min Hyun and Ha Sung Woon shared stories about when they were mistaken for other celebrities.

Hwang Min Hyun, who many have mentioned looks like actors Park Seo Joon and Ahn Jae Hyun, said he once received a fan letter for Park Seo Joon. “It was a day when Park Seo Joon was hosting ‘Music Bank,’ and a fan came up to me with a present wishing me good luck on the show. I was so thankful and looked at it when I got to the dressing room, but everything was addressed to Park Seo Joon. During a break, I went to his room and delivered the letter to him.” 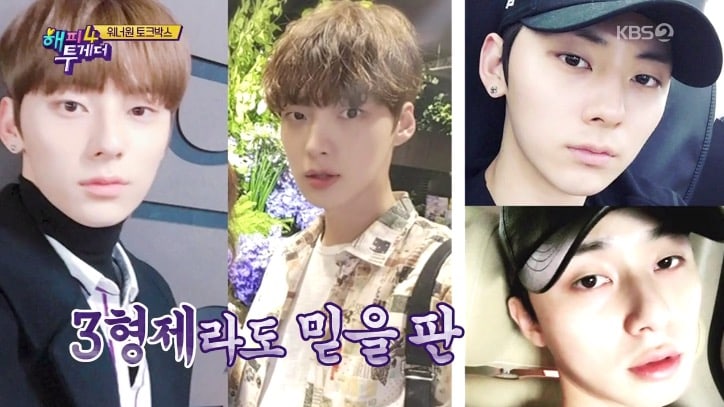 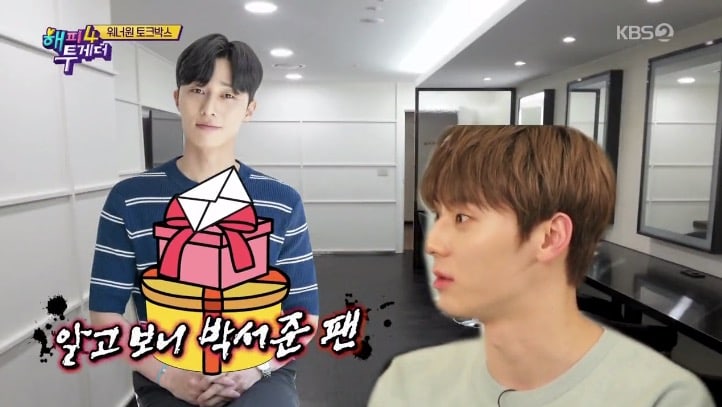 Hwang Min Hyun said, “It’s because I hear about it a lot.” 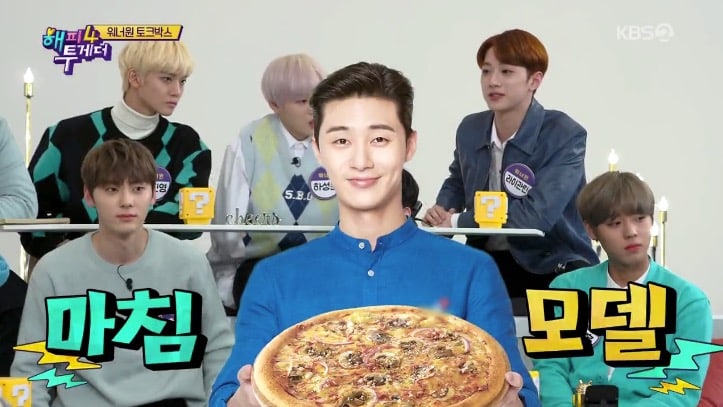 Ha Sung Woon also said he often hears that he looks like SHINee’s Taemin or BTS’s Jimin. “We’re all friends,” he said. “One day I spent the night at Taemin’s house. I woke up in the morning, and on my way to the bathroom, Taemin’s mom saw me and said, ‘Taemin, come eat.’ I told her I wasn’t Taemin, and she said, ‘Oh! You’re not.’” 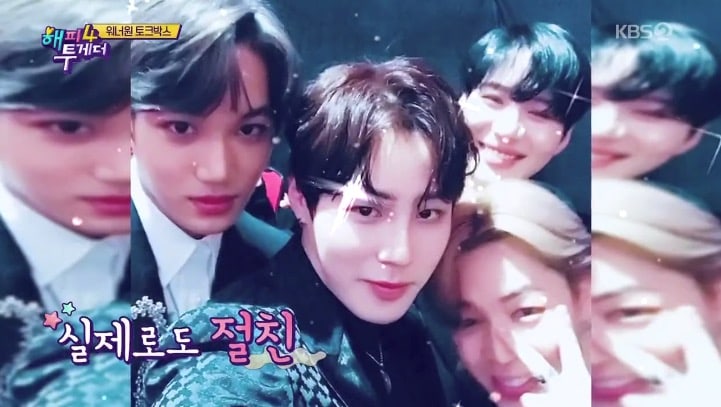 Ha Sung Woon said, “Honestly, I think Taemin and Jimin are really cool and good-looking, so when I hear that I look like them, I feel really good. After Taemin’s mom mistook me for him, I immediately went and told him what happened. He said, ‘If my mom thinks you look like me, then it must be true.’” 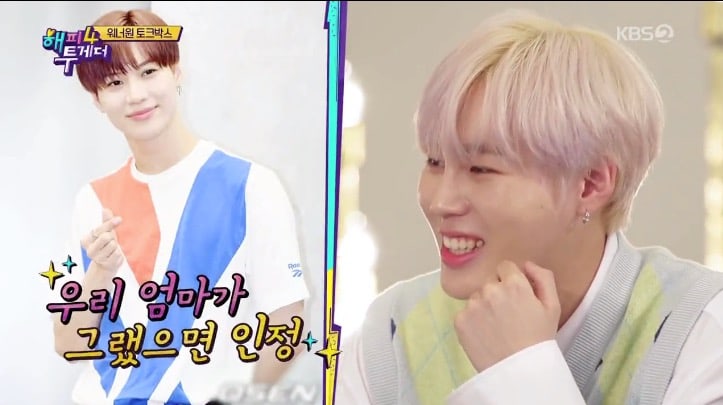 When asked how BTS’s Jimin responds to Ha Sung Woon telling him that people think they look alike, he said Jimin disagrees. “Jimin says, ‘Stop it already. It’s not true. I’m so much better.’ We always bicker about each other being the better-looking one.” 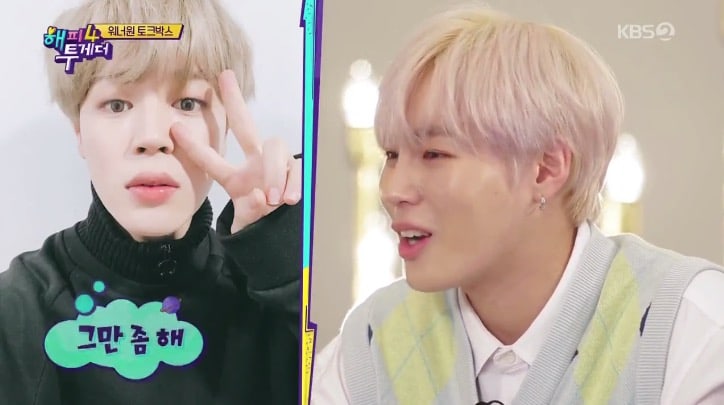 The show also mentioned other celebrity look-alikes for the members of Wanna One, which many fans had noticed during “Produce 101 Season 2,” including Ong Seong Woo and Kim Moo Yeol, Bae Jin Young and Yoon Seung Ah, and Lai Guan Lin and Sulli.

On looking like actor Kim Moo Yeol, Ong Seong Woo said, ” Ever since college, I’ve heard a lot about us looking alike. I’m really thankful because I’m a big fan of Kim Moo Yeol. It seems he had often heard about it too. He mentioned it once after being asked about it in an interview.”

Lai Guan Lin said that for him, at one point, his resemblance to Sulli was such a popular topic that his name would appear next to Sulli’s in popular search results. 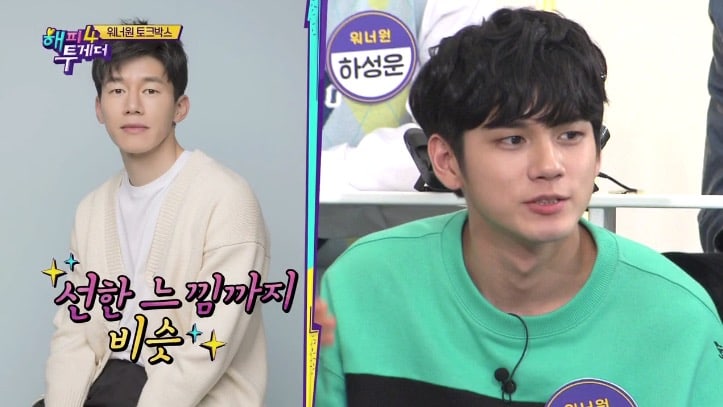 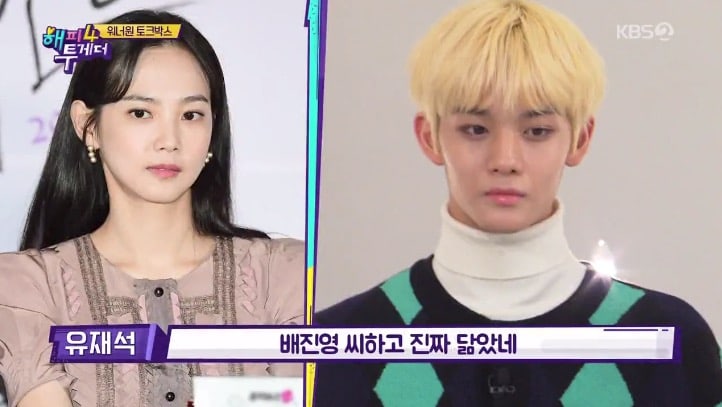 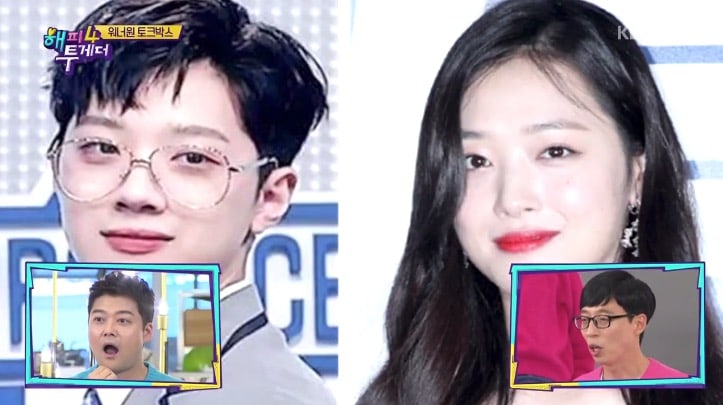