Wanna One members Kang Daniel and Ong Seong Woo and gugudan members Kim Sejeong and Nayoung appeared on the May 28 episode of the variety show.

MC Kim Sung Joo asked Kang Daniel if it was true that Kim Sejeong was his role model. Kang Daniel answered, “It’s true. When I was on Mnet’s ‘Produce 101 Season 2,’ I said ‘God Sejeong’ to myself, but it was aired on the broadcast.”

The nickname “God Sejeong” was given to Kim Sejeong when she was a contestant on the first season of “Produce 101” and consistently came in first or second place each week.

Kang Daniel continued, “My last name is Kang, so I wanted to become ‘God Daniel.’ She has a bright energy so I chose her as my role model.” 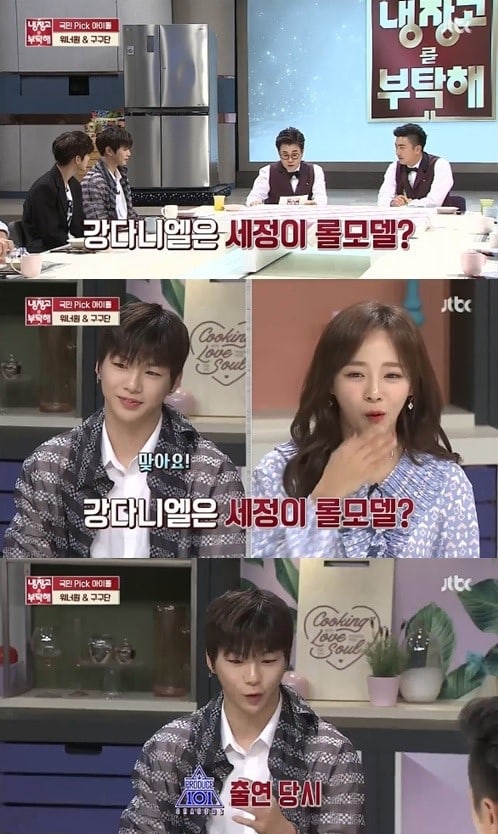 The MC also praised him for his reactions. He said, “Kang Daniel, thank you. Whenever I say something, you say, ‘Oh!’ Thank you so much. You keep putting in sound effects. Your reactions are so good, so I can do it with lots of energy. I feel like we have an audience member here.”

“Please Take Care of My Refrigerator” airs on Mondays at 9:30 p.m. KST.