On April 5, “It’s Dangerous Beyond The Blankets” aired the first episode of its official season. The show previously aired as a pilot program back in 2017.

When all the other members had gone out for the night, Wanna One’s Kang Daniel, who previously appeared on the pilot program, arrived at the dorm. He walked through the empty rooms and guessed at the character of the occupants by their things, showing off his burgeoning detective skills. 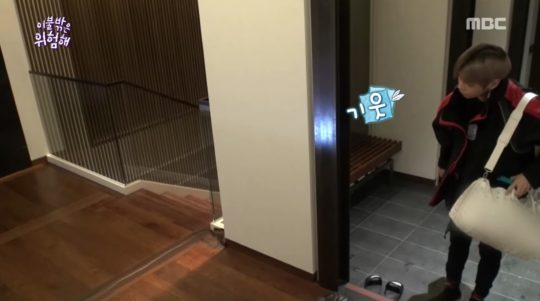 For example, he looked at Lee Pil Mo’s room and guessed the type of phone he used from his charging cable. Kang Daniel said, “I don’t know anyone my age who uses a phone like that. This is someone who is in their 40s or late 30s. Since they’re using this room alone, they’re probably the oldest.” In another room, he noticed that there was a script, meaning that the occupant must be an actor, and that one of the laptops had a sticker from the hip-hop label AOMG. 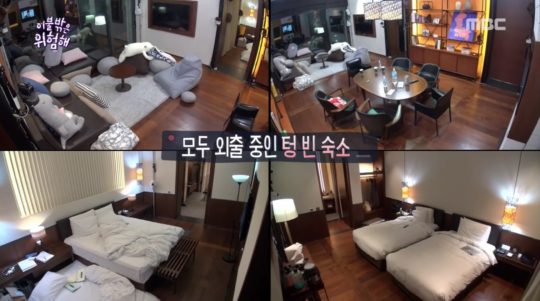 Unlike some of the other new cast members, who were experiencing a reality program for the first time, Kang Daniel was very familiar with talking to the camera as he prepared his late-night meal of instant ramyun, kimchi, and jelly candy.

You can watch the pilot episode of “It’s Dangerous Beyond the Blankets” on Viki: