On the May 5 episode of KBS’s “Battle Trip,” former winning contestants of “Produce 101” will appear on the show, with gugudan’s Mina and Weki Meki’s Yoojung as one pair and Wanna One’s Park Ji Hoon and Park Woo Jin as the other pair.

The two Wanna One members, both 20 years old, go on a thrilling trip. One activity that particularly stands out is their challenge to try out the longest zipline in Asia. The two have very different reactions to the thrill ride. Park Ji Hoon is very energetic and excited and energetic before he takes off and even during the ride, he spreads his arms wide, reveling in the empty air as it rushes by him.

Park Woo Jin, on the other hand, is quite scared and continues to yell throughout the whole ordeal. He also mutters to himself very quickly, as if he is rapping. Because he is usually known for his powerful dance moves, the studio enjoyed seeing the different side of Park Woo Jin. 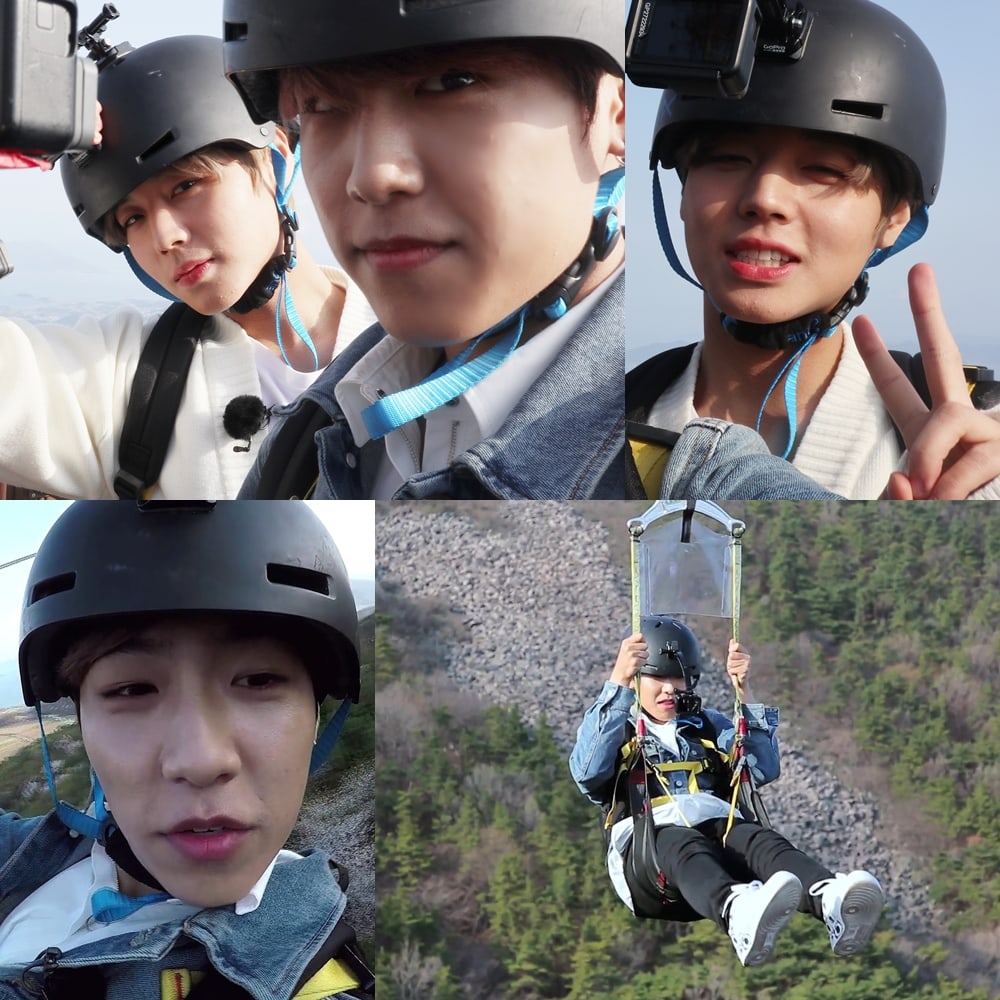 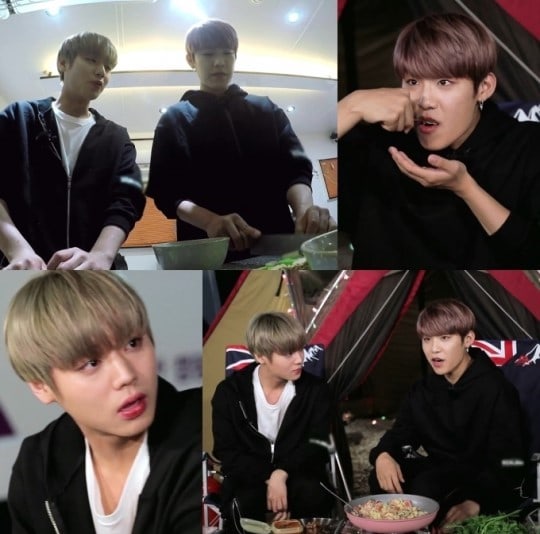