Ex-Wanna One‘s Park Jihoon delved into detail about his thoughts on the Kakao TV drama Love Revolution, which is enjoying immense popularity recently. 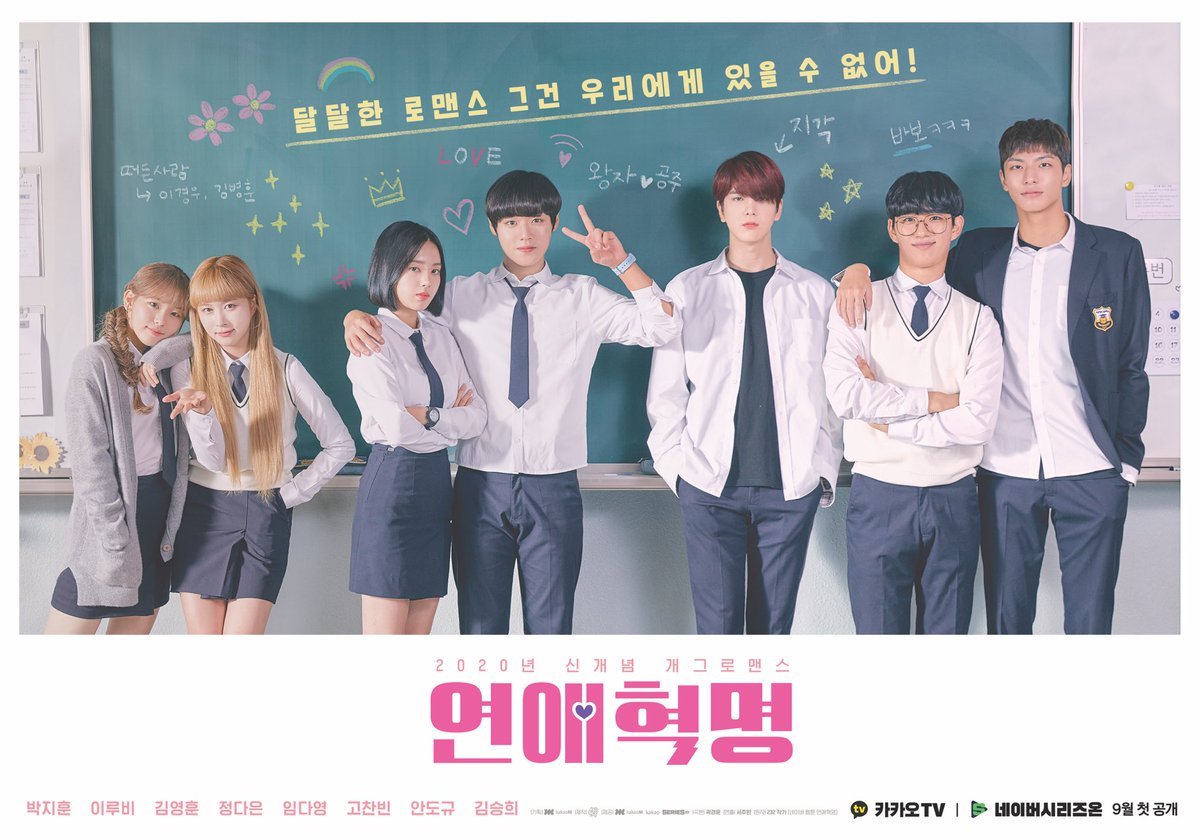 In the latest interview with Kakao TV, Park Jihoon and co-star Lee Ruby answered questions about the drama. 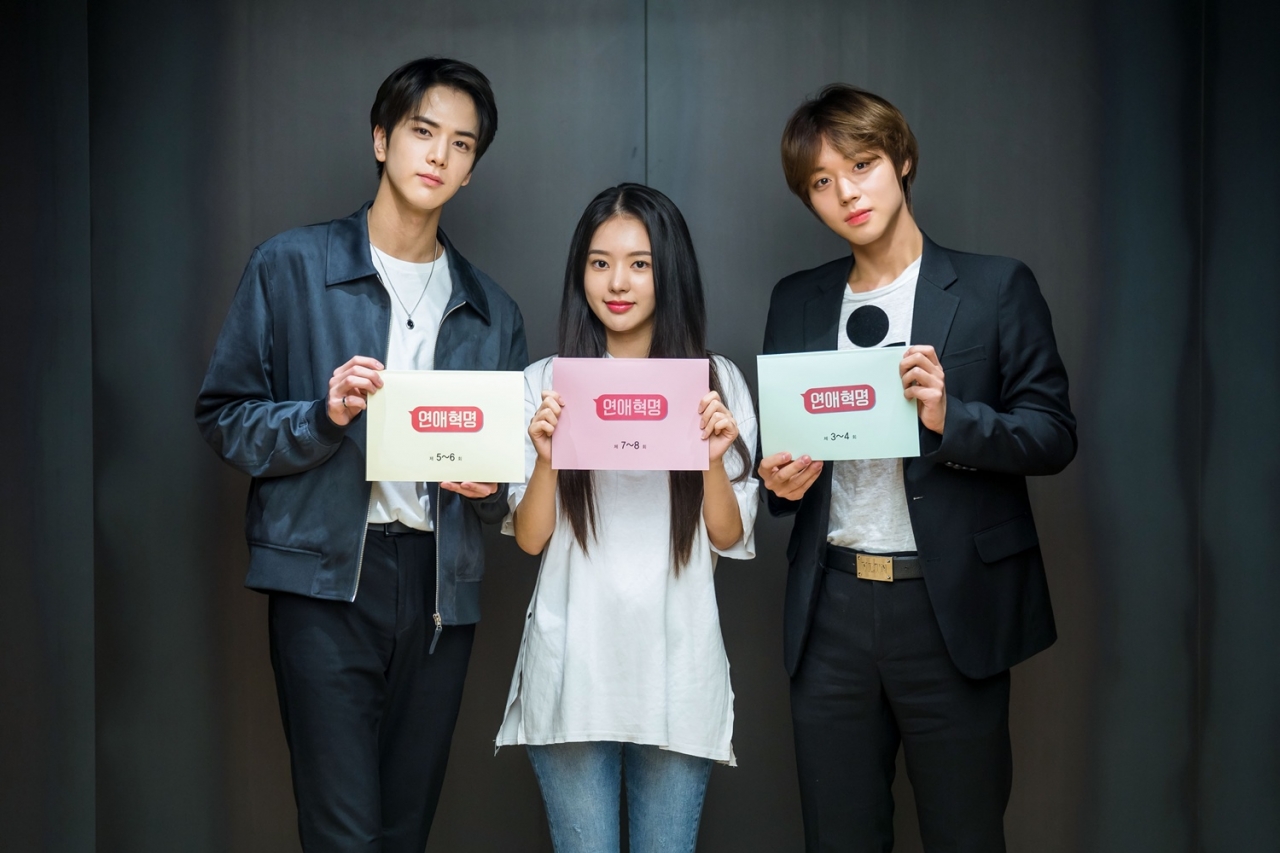 Jihoon revealed that it was difficult to get into character, because of the pressure he felt stemming from the immense popularity of the original webtoon. Because of this, he tried to stay as true to the original character as possible. 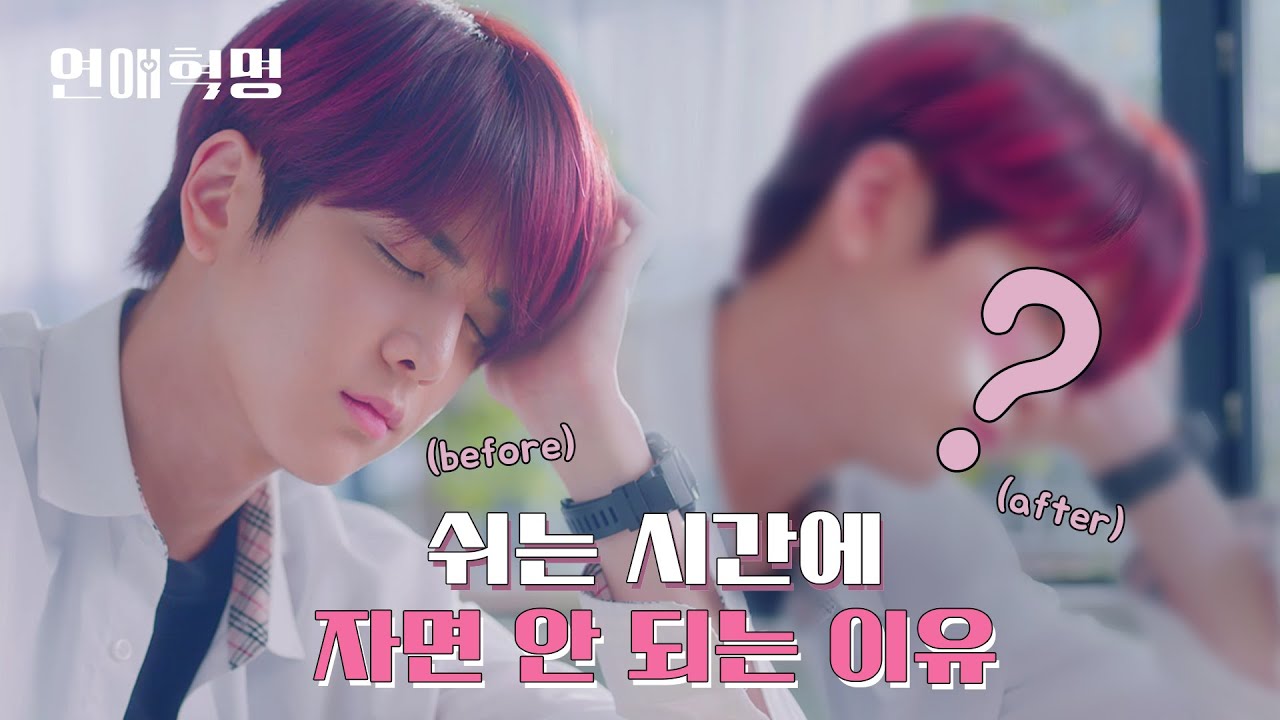 He did note that he and the producing team added some comedic elements to the drama, which weren’t necessarily present in the original. However, he repeatedly emphasized how charming the character Gong Jooyoung is, so there wasn’t much need to change anything. 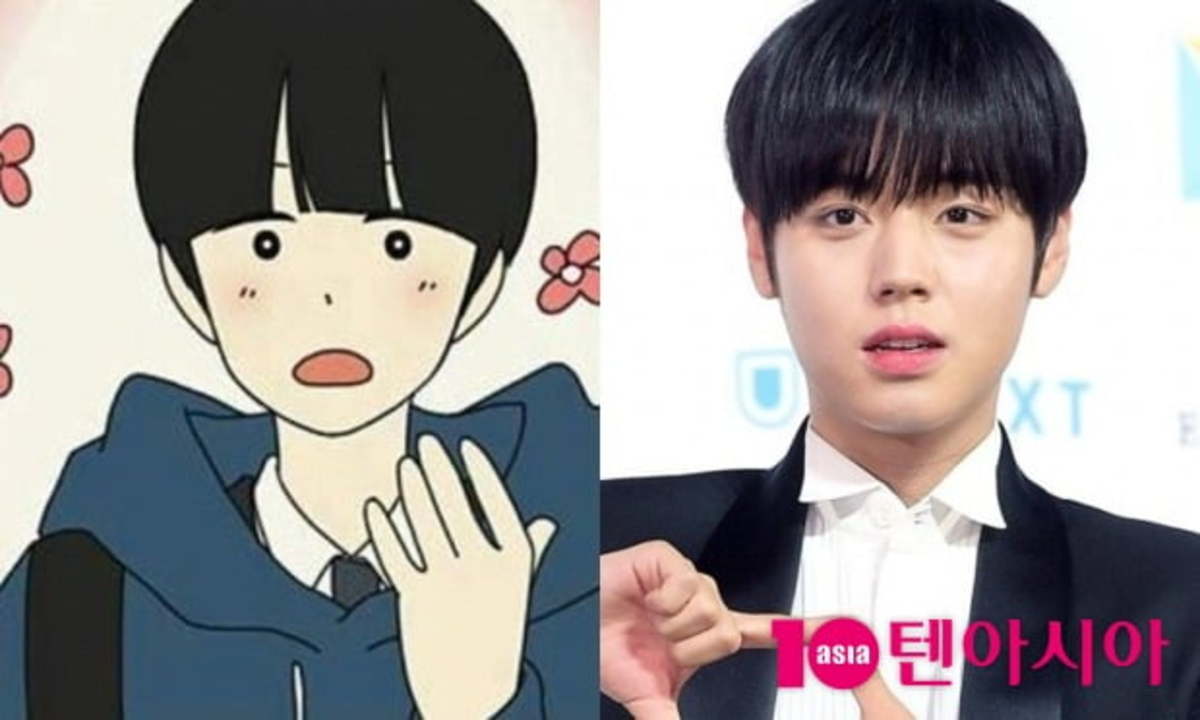 With regards to the bowl-cut that was the talk of the internet following the release of teasers, he was asked about the efforts to best emulate the Jooyoung look. He answered that “it was a long time since I rocked the bowl-cut, so that had me worried. But for the most part, I focused on emulating the inner Jooyoung, not the exterior.” 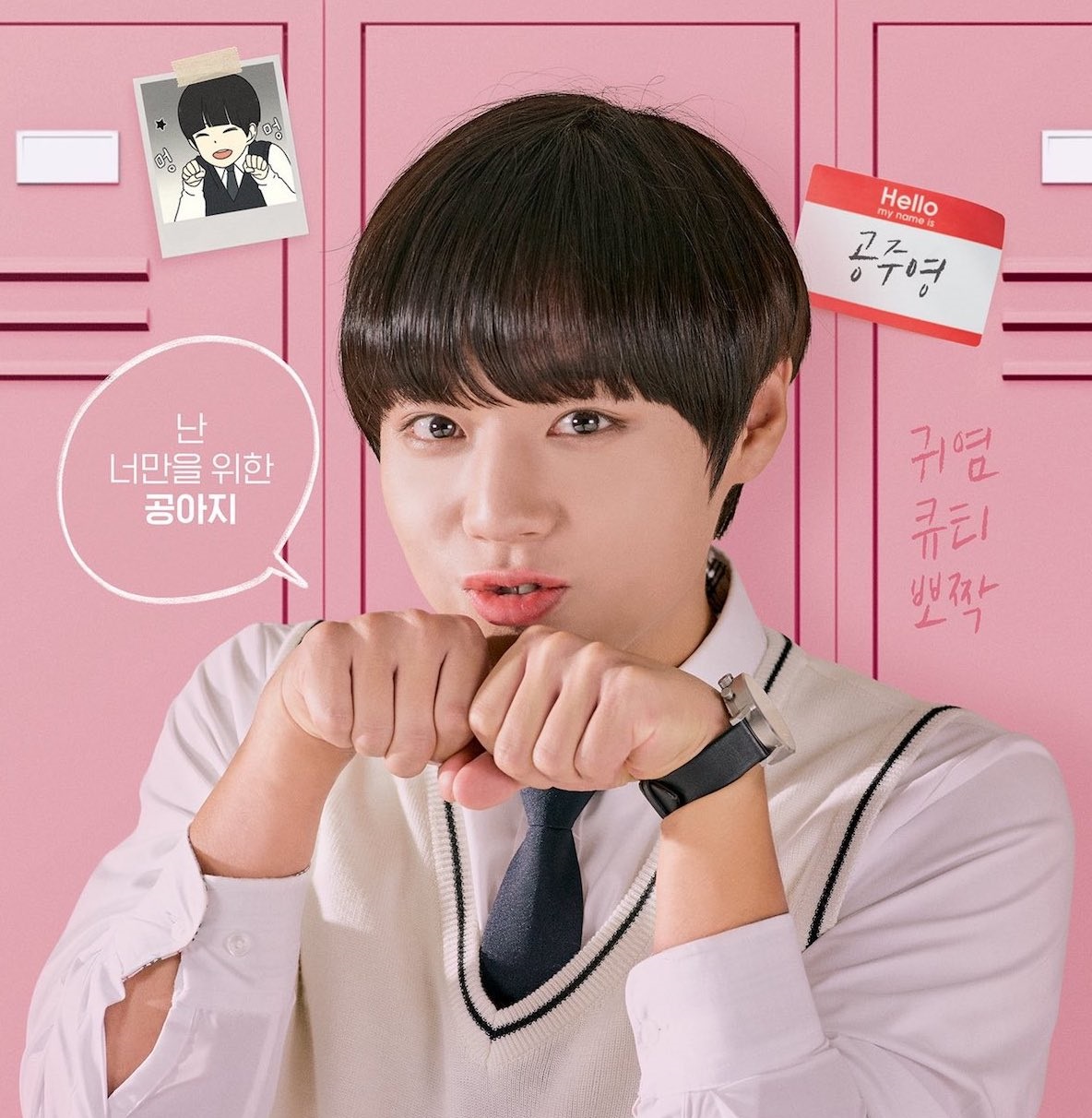 When asked about similarities between him and the character, Jihoon answered that the biggest common ground between the two is loyalty. 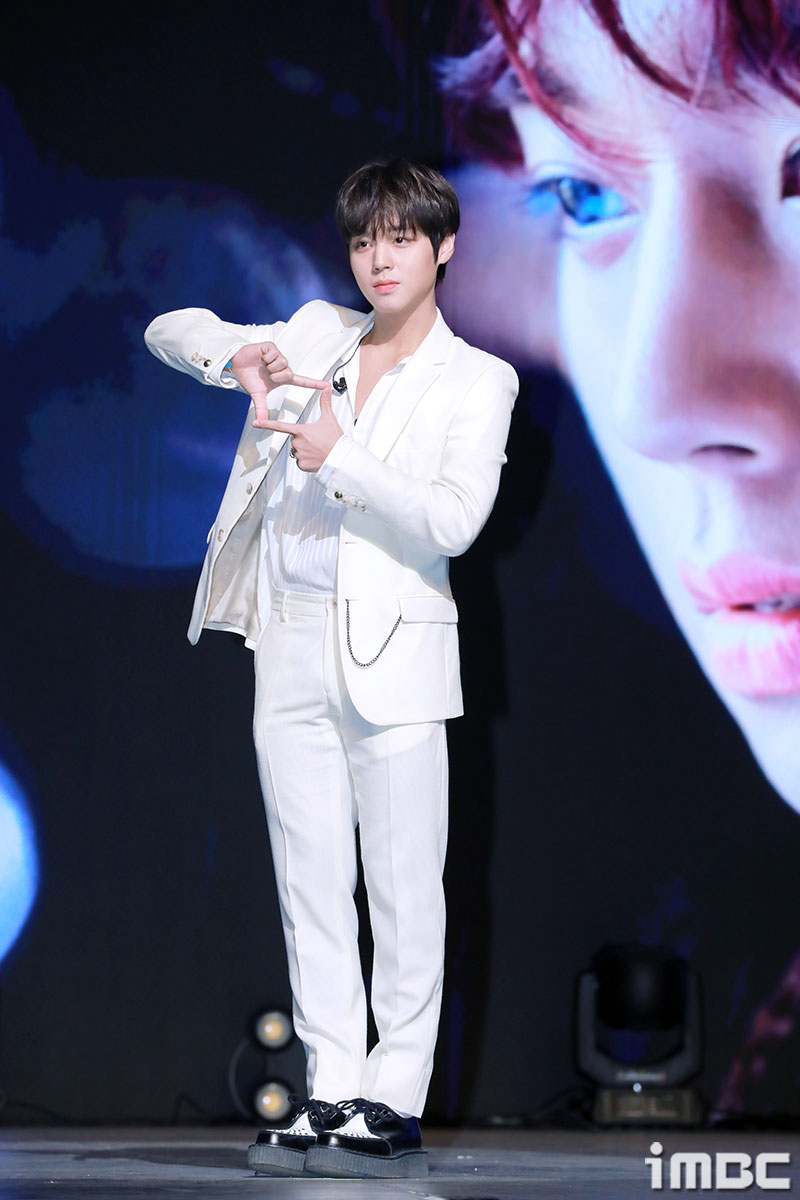 I am nothing without my loyalty. I am confident that I am a more loyal person than just about anyone else out there.

In response to the adulation surrounding his acting skills, Jihoon commented that “The modern day setting gives more room for improvisation, and the school backdrop struck a chord with many members of the audience,” attributing the praise he received to external factors. So humble!

He let out a small spoiler, when he said that there are scenes in future episodes featuring his dancing, harking back to his days as an idol. He said that “I feel like my truest self when dancing.”

When asked to name a fellow actor that he grew close with over the course of the shooting, he daftly reflected the question saying he loves everyone equally, and couldn’t single out one person.

However, he revealed that he thinks Jooyoung is at his best in scenes when he is protective of the female lead, Jarim.

Love Revolution airs every Thursday on Kakao TV and Naver Series On. Watch the teaser for the upcoming episode here: