Upcoming drama “Wok of Love” revealed a behind-the-scenes video of the main cast during a fun, food-themed poster photo shoot.

The video begins with the three leads, 2PM’s Junho, Jung Ryeo Won, and Jang Hyuk posing together. Junho, who plays chef Seo Poong, posed confidently and with ease, while holding his wok and ladle. He also took photos with a bowl of black bean noodles.

In an interview, the 2PM member shared, “The poster shoot was a lot of fun. We did a lively shoot in the set of a kitchen, one that fits well with the drama ‘Wok of Love.’ It was fun to shoot with Jang Hyuk and Jung Ryeo Won. I look forward to other shoots in the future.” 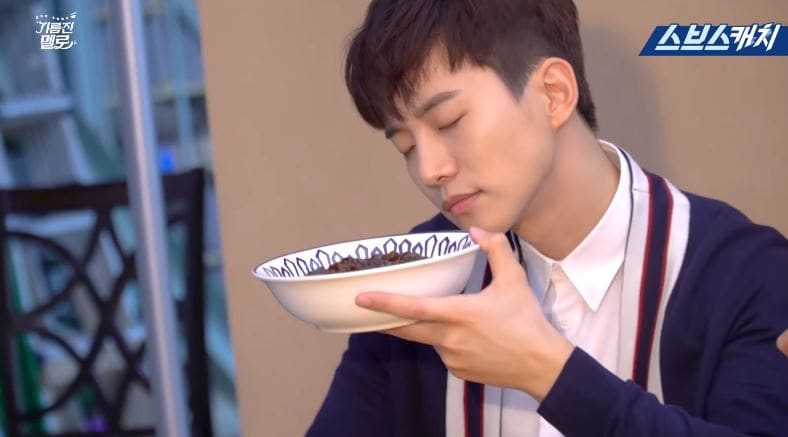 Jang Hyuk, who plays former gangster Doo Chil Sung, gazed at the camera with a fierce determination. He posed with noodles hanging down from his wrists as he stood behind Jung Ryeo Won, as well as with knives, befitting his role as the owner of a Chinese restaurant.

He commented, “We had our first poster shoot today. I think it was fun and [the photos] came out well. The other two were in tune with my rhythm pretty well, so I think we were a great team.” The actor also made the staff and his co-stars laugh, when he realized that his noodles had gotten stiff and picked up the entire bowl of noodles with his chopsticks. 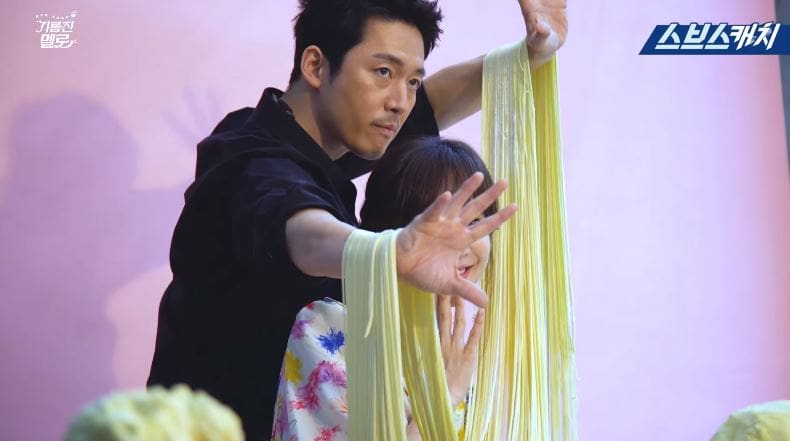 Jung Ryeo Won, who plays the Chinese-food loving Dan Sae Woo, was all smiles and cheerful during the shoot. She was amazingly refreshing and adorable as her character in the drama, posing with her co-stars and various foods.

In her interview, the actress revealed, “I tried to prepare a variety of things and I think it’ll be fun, so I’m looking forward to it. I’ll work hard to make it a delicious, fun, and refreshing drama that’ll make people who are watching want to eat as well. Please look forward to it.” 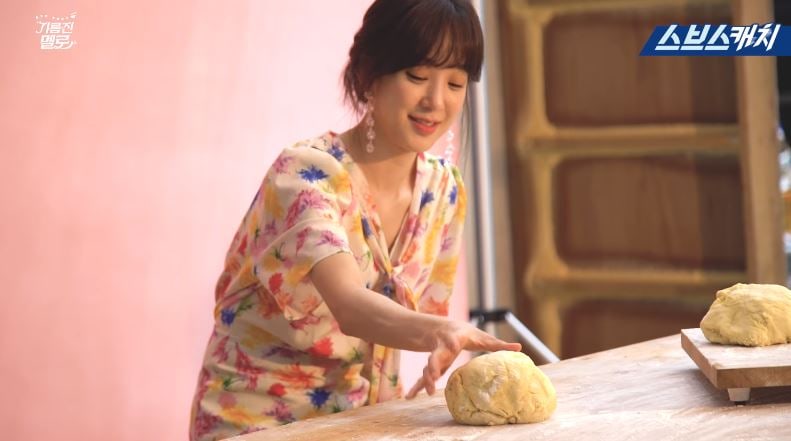