On the August 19 episode of tvN’s “Galileo,” 2PM’s Nichkhun stepped up as chef for the day.

“Galileo” is a new sci-fi variety show in which the cast simulates life on Mars living at the Mars Desert Research Station (MDRS) In Utah.

For his meal for the crew, Nichkhun made pad krapow and scrambled eggs with shrimp, with Attila acting as his sous-chef. He later shared that this was his favorite dish in Thai cuisine. 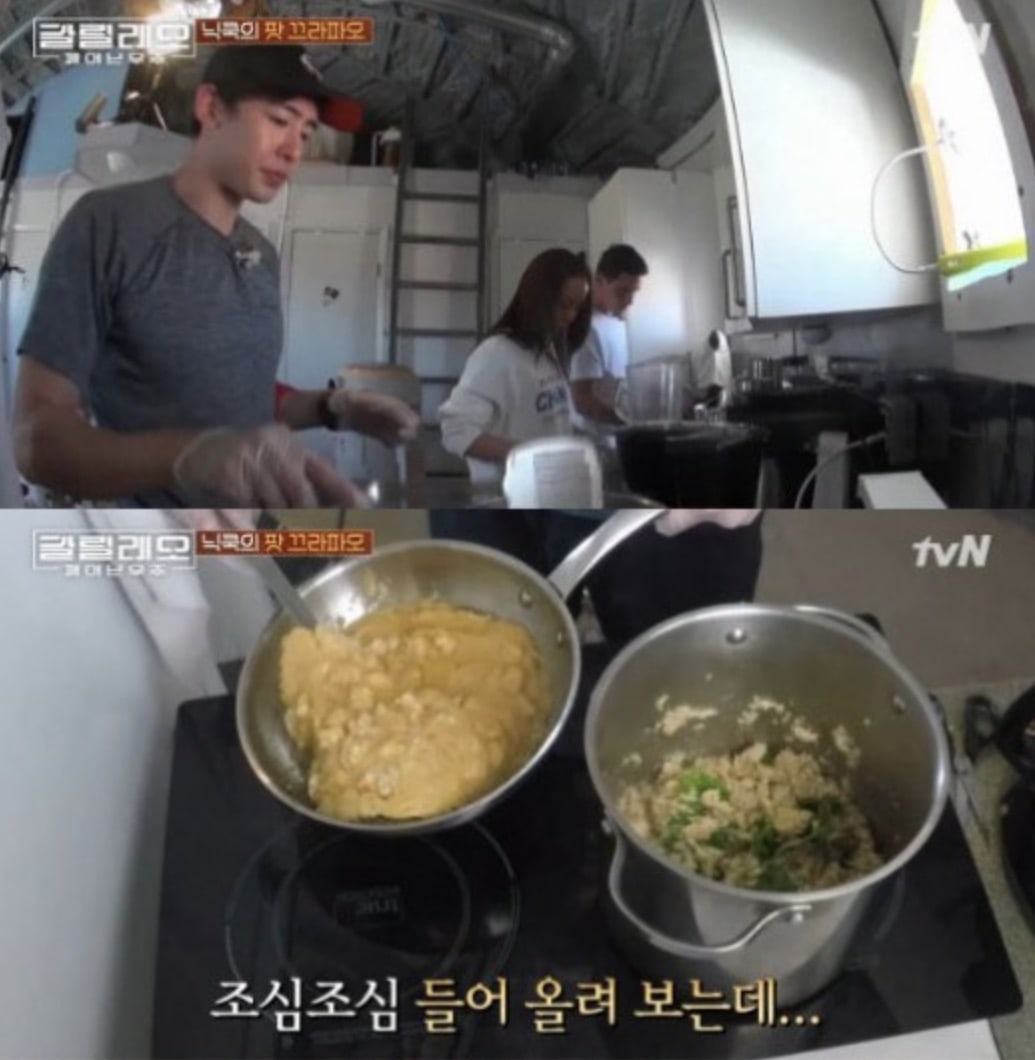 The crew responded positively to the meal, with gugudan’s Kim Sejeong saying, “This is the best. It feels like I’m at a restaurant.” Ha Ji Won added, “It really feels like we’re eating at a restaurant. It’s a very exotic flavor.”

Kim Byung Man said, “It feels like he made traditional Thai food to suit our Korean tastebuds. It’s amazing.” 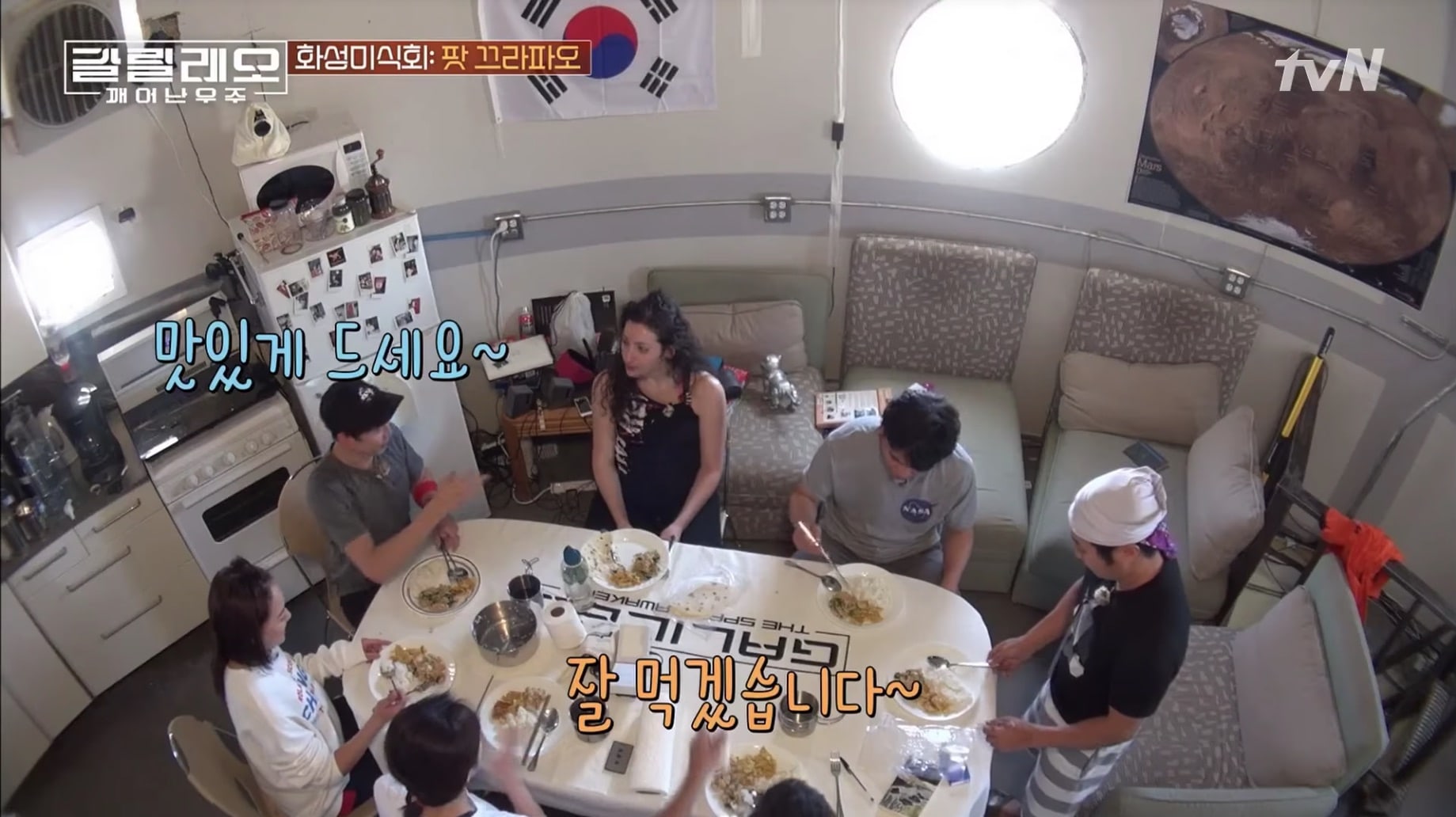