The premise of the prank was that Huh Gak was preparing for his very first musical by taking lessons from a teacher. He asked his very close friend Jung Eun Ji for some tips on doing musicals, and she decided to watch over him at his lesson.

Before his lesson officially began, Jung Eun Ji was giving him some advice when a cleaning lady suddenly came in and starting dissing him under her breath. Upon hearing her insults, Jung Eun Ji loudly played the piano to prevent him from listening to her and even locked the door as soon as she left. 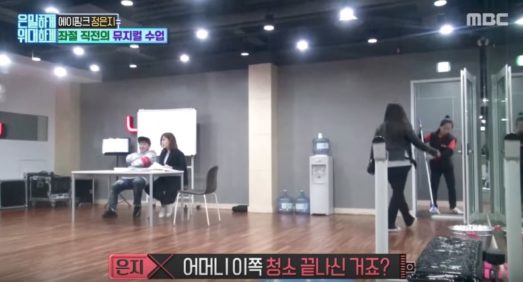 The teacher eventually arrived and made Huh Gak do silly acts as a part of his “training,” such as panting like a dog and spitting in a bucket. Embarrassed by the ridiculous “training” tactics, Huh Gak asked Jung Eun Ji to do them with him, and she complied. 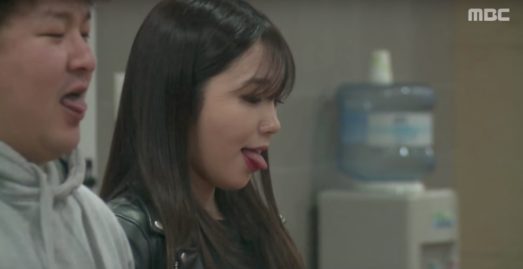 Later in the lesson, however, the teacher kept scolding Huh Gak for his “lack” of skills. Disappointed that Huh Gak was receiving such harsh criticism, Jung Eun Ji defended him by saying, “I think Huh Gak’s having a difficult time with you. How many lessons have you had with him? Please be more [considerate] towards him. I don’t like that you keep scolding him.” 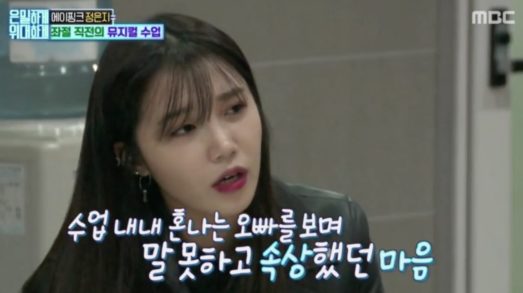 The atmosphere grew tense as Huh Gak and his teacher grew frustrated with each other. At that moment, the cleaning lady came back into the room while cursing. In order to avoid any more trouble, Jung Eun Ji put her arm around Huh Gak’s shoulders and began walking out the door when the whole thing was finally revealed to be a prank. 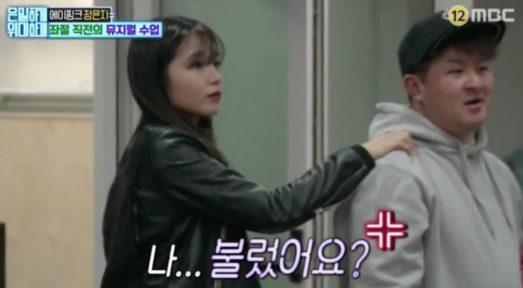 You can watch the full episode below!