B.A.P’s Himchan reveals his impressive background on the April 20 episode of “Radio Star.” 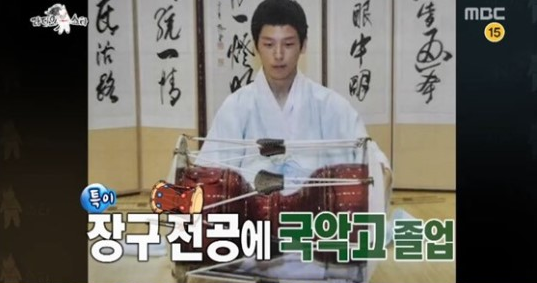 Himchan also proves his skills by playing the janggu (traditional Korean drum) on the set. 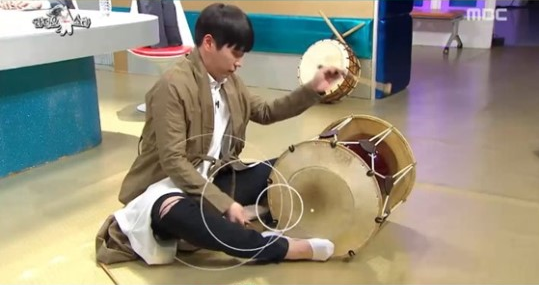 Despite his skills, the singer remains humble and says, “I went on a variety show in the past and Tak Jae Hoon played better than me.” Tak Jae Hoon and the other MCs laugh at Himchan’s comment.

Watch Himchan play the janggu below!

He also sings “A Little Girl” for fans!

Himchan has so many talents!