On February 12, the girl group joined “Good Morning America” for an interview and also performed their smash hit “DDU-DU DDU-DU.”

During the interview, Jennie expressed the group’s excitement over being at Times Square for the first time. Rosé was also wished a happy birthday as her big day was on February 11, and she shared that the four of them went to an Italian restaurant to celebrate the night before. 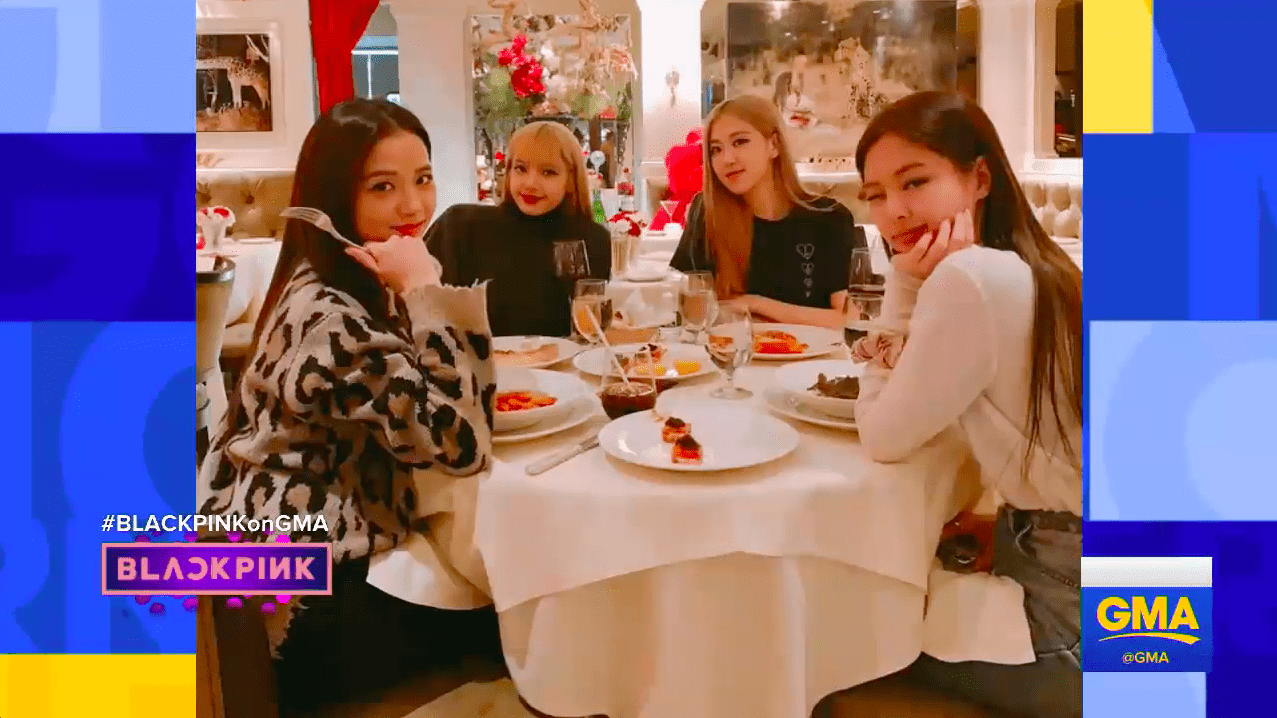 With their North American tour coming up, BLACKPINK was asked, “You’re bringing your incredible band to America — why do you think it’s time, why is the U.S. ready for BLACKPINK?”

Rosé replied, “We recently got invited to perform at Coachella, which is unbelievable and we’re really, really excited! I guess we thought that it would be the right timing to kick off our U.S. tour.”

Check out BLACKPINK’s interview and performance of “DDU-DU DDU-DU” below!

BLACKPINK’s “DDU-DU DDU-DU” is the title track off their June 2018 mini album “Square Up,” and the track broke records including entering Billboard’s Hot 100 chart at the highest ranking ever for a K-pop girl group song.

The YG Entertainment girl group made their U.S. television debut on “The Late Show with Stephen Colbert” on February 11, and also performed at Universal Music’s Grammy Artist Showcase last Saturday.

They are currently gearing up for a comeback in March as well as a world tour. You can check out where they’re headed on their tour here!