Watch: CL Reveals New Song “I’ll Be There” And Shares A Listen To Other Tracks

CL shared some of the songs she’s been writing on “Livin’ the Double Life.”

On the December 21 episode of tvN’s “Livin’ the Double Life,” CL revealed she has made over 200 songs since coming to America.

CL has spent three years working on music in the United States. She shared, “When I first went to America, I lived in the studio all day. I wanted to stand on stage even one day sooner. You don’t know what’s going to happen tomorrow or even one hour from now, but one thing I’m certain of is that I tried my best every day.” 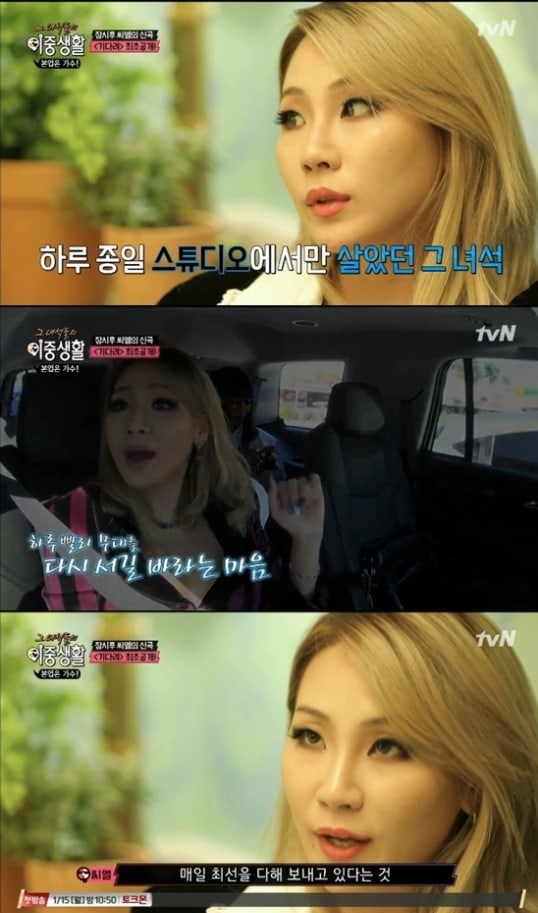 CL also released a live version of her new song “I’ll Be There” on the episode, explaining, “This is what I want to say to fans, so I made it through music.” Oh Hyuk, who features on “Livin’ the Double Life” as well, participated in the writing of CL’s new song, while Brian Lee composed it.

Check out CL’s song “I’ll Be There” below, and she also played some other songs she’s been working on!