The group was in the middle of looking for the right platform for their train, when one Sri Lankan got their attention and said, “Excuse me.” A group of girls asked, “Eric Nam?” to which he answered that he was. They revealed themselves as fans, and Eric Nam gladly shook hands with them. The girls also asked if they could hug him, with a few even asking in Korean. Though surprised, he agreed. 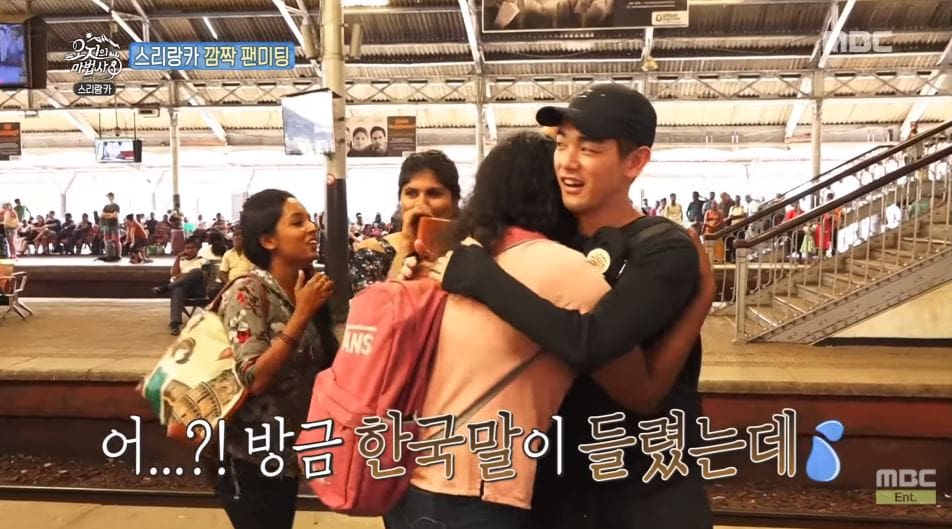 A few of the other girls also recognized Kim Jin Woo as a member of WINNER. They then asked to take a picture with Eric Nam and invited Kim Jin Woo to join them. However, when he walked over, one girl asked him in perfect Korean, “I’m sorry, but who are you?” 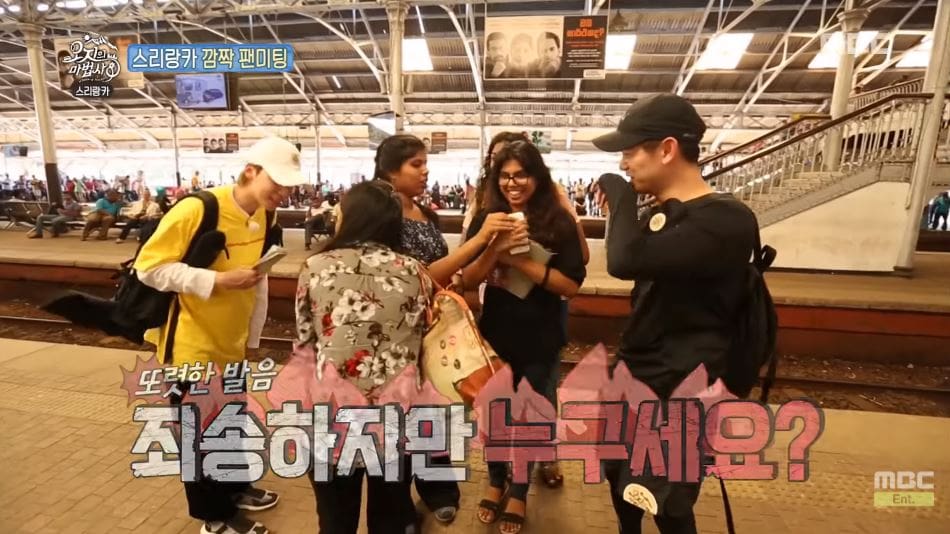 He introduced himself, saying he was in a group called WINNER, and she complimented him, saying, “You’re so good looking!” He joked, “I know.” The other girls started singing “Really Really,” showing their knowledge of WINNER. They also asked Eric Nam to sing “Hold Me,” to which he obliged. Kim Jin Woo went to the other two cast members who had returned from the bathroom and explained that they were all Eric Nam’s fans. 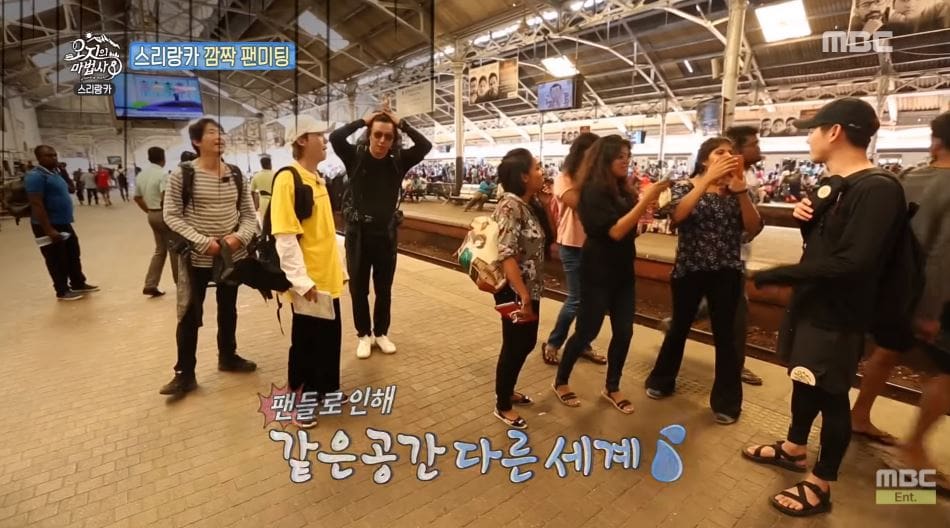 The girls then also asked Kim Jin Woo to sing “Really Really” again, which he eagerly did. The cast then departed after saying goodbye and giving them a last hug. 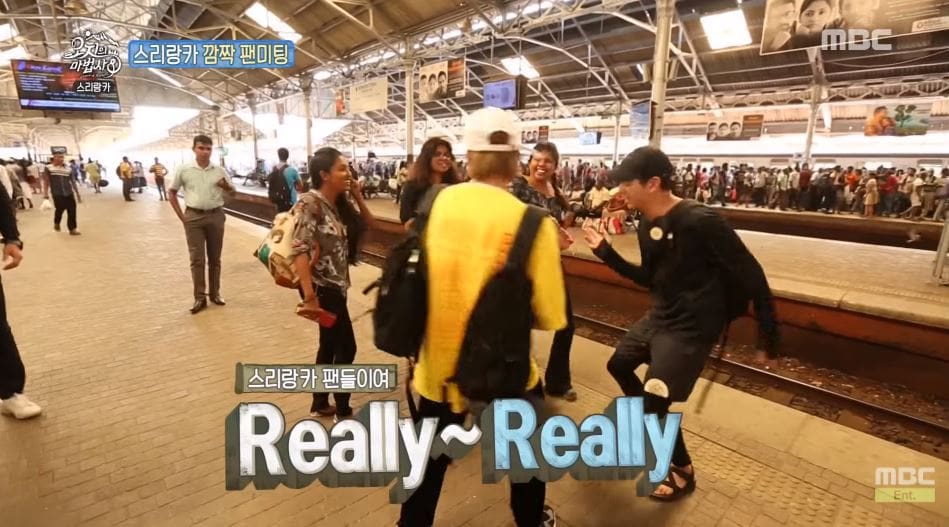