Watch: Eric Nam’s Quest to Meet His Wife Solar Is Not Easy on “We Got Married”

On April 9’s episode of “We Got Married,” Eric Nam has to put his brains and strength to good use to escape a jail cell and rescue his new virtual wife, MAMAMOO‘s Solar, so that they can meet for the first time!

Eric Nam shows up to rescue his wife without knowing her identity yet. He’s wearing a suit and is both excited and nervous to meet her, but is suddenly put in a jail cell. 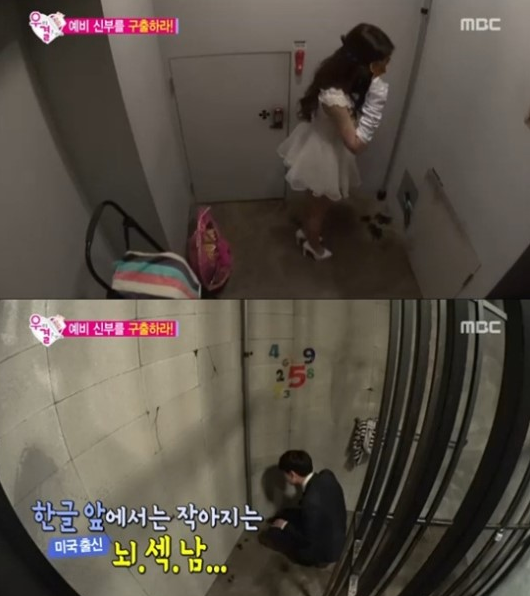 After hearing his wife knocking on the wall from another room, Eric Nam tries his best to escape to help her. Using the prison uniform that is hanging in the cell, he tries to throw it outside the cell to catch the keys that are on the wall. It takes him several tries to get one of the keys, and he’s frustrated to find that it doesn’t fit in the lock! 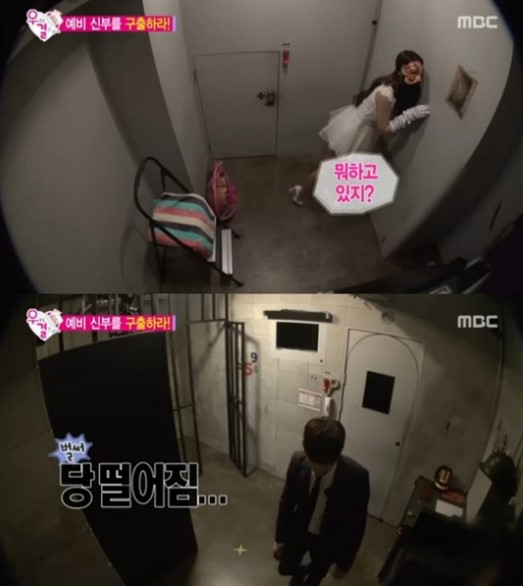 He eventually manages to get the second key and escapes his cell, but Eric Nam’s strenuous journey to rescue his wife does not stop there because the door to the room is also locked!

The preview for next week’s episode shows him trying to figure out the identity of his wife using the hints laid out in the room.

Watch Eric Nam try to escape his cell and get a glimpse of more of his rescue mission in the next week’s episode below!