Watch: EXID Gets Emotional During Surprise Event Prepared By Their Families

During the “Guerrilla Concert” segment, EXID had fun with a large group of fans as the idols performed and answered questions. They shared a status update on Solji, who is planning to join them for the next album as soon as she finishes receiving medical treatment.

After the concert, “Entertainment Weekly” prepared a potluck for the girl group with foods traditionally thought to boost health and nutrition. The smorgasbord also contained many of EXID’s favorite foods and the members said it reminded them of their mothers’ home cooking. However, in a surprise twist, the food actually was prepared by their moms! In a video that the “Entertainment Weekly” crew presented to EXID, their parents gave them messages of support, making the girl group tear up with emotion.

LE’s mother made the spicy chicken feet and said that she’d listened to the song as soon as it was released. She also shared her love and support for her daughter and the other girls before signing off with some cute gestures. Hani’s mother made the girls laugh because she filmed her message of support while frying the kimchi pancakes she sent as part of the potluck. Hani’s mother told her that she looked like she was having fun in the music video and said that she hoped her daughter would always enjoy herself like that. 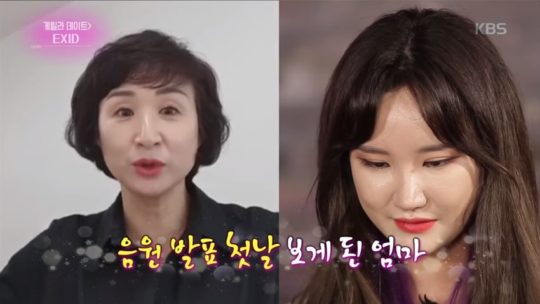 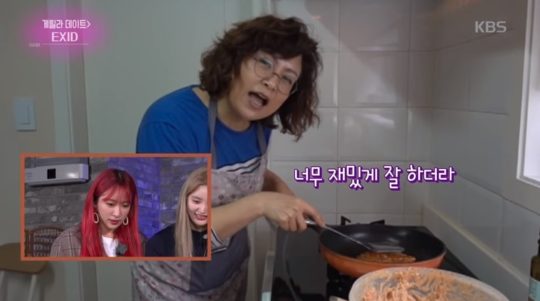 Junghwa’s father sent in his video message with Junghwa’s beloved puppy Mocha on his lap (Junghwa and Mocha featured in a special “pet” edition of “Weekly Idol” earlier this year). He shared that he was looking forward to the comeback with as much hope as EXID themselves and advised his daughter not to take on the pressure alone because her family would always be there beside her. Hyerin’s mother, who had sent in pork done the Gwangju style, also shared her support and ended with the joke, “If you’re too tired, do it tomorrow.” 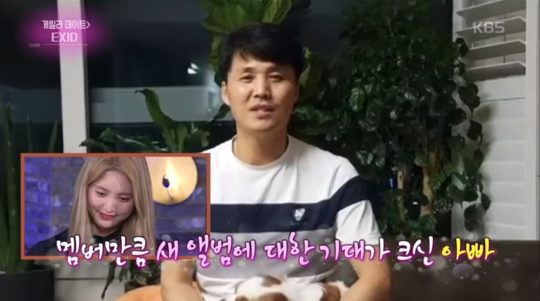 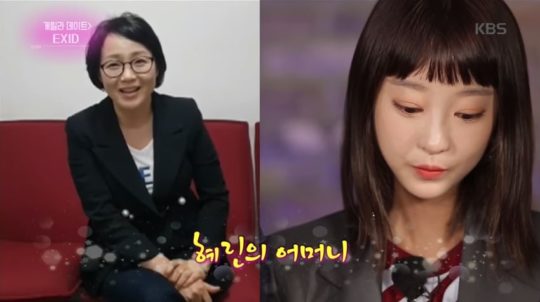 The girls then thanked their families and the “Entertainment Weekly” crew for the surprise.

Watch the sweet video below!